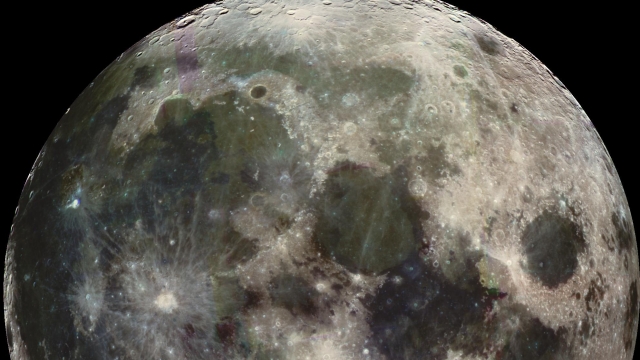 A recent communique from space policymaking circles, suggesting that India could be entirely powered by Helium-3 (He-3), retrieved from the Moon by the year 2030, has been trending in both the Indian and international media.

The target year, 2030, is a revelation, but since the past 12 years, many Indian space policymakers have been hard-selling the prospect of mining lunar He-3 to meet India’s energy needs.

He-3 is one of the isotopes of the namesake element which is stable, chemically inert, clean and non-hazardous. It is extremely rare on Earth, but abundant on the Moon: the lunar inventory is estimated to be around 6.5 × 108 kg [4]. Various estimations suggest that a few tonnes of He-3, after the most efficient energy conversion, could fulfill the annual power requirements of several million households. But why have the paeans being sung in praise of He-3 not turned into reality yet?

The drawback is that the He-3 is no solid-state mineral. It exists in gaseous state, probably sponged in the matrix of titanium oxide minerals, present in acres and acres of dust and rock found on the lunar surface. It will be a tall order for any country currently to undertake He-3 retrieval processes – such as exploration, surface and sub-surface excavation in microgravity, extraction, sequestration, and delivery to Earth. The technologies to carry them out have not been put into R&D mode anywhere in the world.

Even if the 2030 deadline is taken seriously, the Indian Space Research Organisation (ISRO) will have to rapidly attain high technology readiness levels for:

Additionally, constructing lunar habitats – ere it ever to be done – would be possible robotically and even without human spaceflight.

The demonstration of such technologies could take several years – and they are unlikely to come into existence in India or anywhere else in the world by 2030 – unless space policy makers are able to convince the central government to pump in more than 4 per cent of the federal Gross Domestic Product (GDP) entirely on lunar research and development (R&D) expenditure for a few years. This is not unusual – during the Apollo programme, the United States had increased NASA’s budget to more than 4 per cent of its then federal GDP. But offering a single agency a humongous budget is unsustainable.

Besides, even in the extraterrestrial mining sector, which is currently in a pilot phase, the focus is more on investing in technologies that will retrieve “low-volume-high-value” assets, like rare earth elements (REEs), from near-Earth asteroids and the Moon. Extraterrestrial mining of REEs has attracted several private sector players, largely because mining low volumes and exact quantities is technologically plausible. With REEs being in great demand in both civilian and defence-related markets, investors are confident about the enterprise’s economic viability. But He-3 does not have such expeditious, profit-making attributes.

Budgets apart, He-3 comes with some inherent difficulties. It is not a fuel that can be used in the more prevalent nuclear fission reactors, but a fuel that can undergo nuclear fusion, and there exist no nuclear fusion power plants in India that will use it. Neither are such plants planned for commercial purposes anywhere in the world. Although India is a participant in the International Thermonuclear Experimental Reactor, a fusion tokamak expected to go critical in 2027, the megaproject itself is of no immediate consequence to India’s energy demands. Therefore, it’s a futile exercise to every now and again make lunar He-3 out to be a panacea for India’s energy needs.

Despite its obvious shortcomings, space policymakers have been continually professing the possibilities He-3 holds for India’s energy scenario. It first became the subject of public discourse after the announcement of the Chandrayaan-1 mission in 2003. It was the former president, the late A P J Abdul Kalam, a missile and launch vehicle engineer himself, who made a persuasive case for He-3 at an international conference on lunar exploration. With such intellectual support, the policymakers then began to discuss He-3’s potential in an expert, if informal way, as public outreach was their main intent.

Such an approach often came through, sounding like a justification for India’s ambitions on the Moon. Yet, ISRO did not officially explicate its aim to mine lunar He-3, neither during Chandrayaan-1’s launch nor during the preparations of Chandrayaan-2, which is scheduled for a 2018 launch. Chandrayaan-1 achieved glorious success with its other equally well publicised – and rather more formally proclaimed – purpose: to find signs of the presence of water on the Moon.

It’s not Indian space policy makers alone, but those around the world too have advocated the uses of lunar He-3 for Earth-based applications, and endorsed going to the Moon, noticeably between 2005 and 2011, a period when the American Lunar Reconnaissance Orbiter, the Chinese Chang’e missions, the Japanese SELENE, the European SMART-1, and our own Chandrayaan-1 were near-simultaneously bound for the Moon. All these missions were, for the most part, dedicated to studying the Moon surface’s mineralogy, which contains the He-3.

Today, after more than a decade of detailing lunar He-3’s virtues, the only well known fact about it is its ‘estimated’ abundance. The years, the He-3 extraction enterprise has been proven to be technologically, economically and politically unviable and been given a ‘no-go’ globally. But in India, its hard-selling continues to no effect. If New Delhi wishes to utilise space-based natural resources in the national interest, it should only focus on projects that can be realised and those that will be profitable – or else, it’s like putting the cart before the horse.

New Delhi should not acquiesce to being taken on merely touristy rides to different planets under the guise of low-cost technology demonstrations. Its efforts will be of no avail if it promotes ‘cost-effectiveness’ along with ‘unviability’ and ‘strategic inconsequentiality’. It must recalibrate its astrogeopolitical plans before its passivity in space begins to affect India’s interests and progress in the future.

This article was originally published in Gateway House and has been republished here with permission.