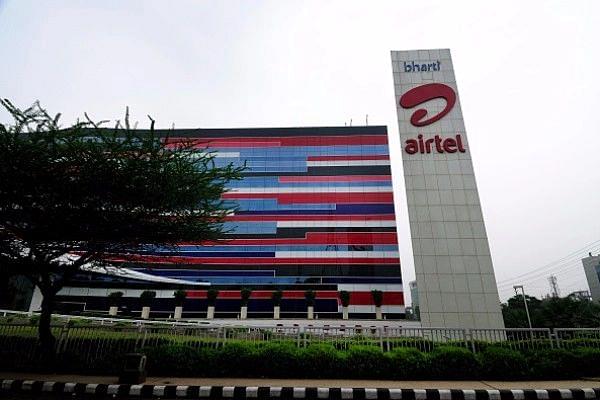 Bharti Airtel on Wednesday (28 July) announced revisions to its prepaid plans, raising its entry-level pricing by nearly 60 per cent. The telecom operator has discontinued its Rs 49 entry-level prepaid recharge and minimum prepaid packs will now start from Rs 79, with up to four times more outgoing minutes of usage with double the data.

The telecom operator has been focusing on upgrading customers to higher paying plans in order to increase the average revenue per user (ARPU), a key metric in the telecom industry.

The telecom sector has long been struggling with low ARPU because of Jio’s entry in 2016. From 2016 to 2019, the sector was engaged in a race to the bottom, with Jio providing free services for months before finally introducing extremely low-priced plans.

The weaker players in the sector soon went bankrupt or merged with the larger players. With the consolidation, the sector saw Jio, Bharti Airtel and Vodafone Idea emerge as the largest players. Government companies like BSNL and MTNL were (and still continue to be) marginal players.

Another blow came in the form of adjusted gross revenue (AGR). A Supreme Court ruling required private telecom companies to pay out higher sums towards licence fee and spectrum usage fees along with interest.

The telecom sector has always been capital intensive, with telecom companies raising lakhs of crores in debt from banks and investors. Saddled with debt and AGR dues, the companies finally began hiking tariffs in December of 2019, after three years of losses.

The Covid-19 pandemic served as tailwind for the sector, with the rise of the work-from-home trend. The lockdown also forced people to turn to web-based entertainment, further boosting data usage.

Bharti Airtel finally reported a profit in the fourth quarter of financial year 2021 (FY21). Jio too, has continued growing at a rapid pace and has reported profits. Vodafone Idea has been the worst performer, with its huge debt, AGR dues, low ARPU and dwindling customer numbers.

Vodafone Idea has also taken approval for fund-infusion of Rs 15,000 crore through the foreign direct investment (FDI) route. Vodafone Idea’s possible bankruptcy could lead to a duopoly in the telecom space, which could be bad for consumers.

Bharti Airtel has increased its tariff for both corporate and retail customers. Along with the price increases, they are also offering added benefits to the customers to prevent attrition and please the price-sensitive customers. However, so far only post-paid plans had been modified.

The telecom operator discontinued its post-paid plans such as Rs 199, Rs 249 and below for corporate users. The entry-level plan for corporate customers was modified to start from Rs 299 for new and existing customers.

Post-paid customers are usually well-off with the ability to pay up more. But changing prepaid rates without losing customers is relatively more challenging. The increase in tariffs on Wednesday was the first increase since December 2019. It is quite likely that the other telecom operators will follow Airtel in increasing prices.

Brokerages like UBS, Citibank and Goldman Sachs have issued positive reports for Bharti with the rise in tariffs.

Goldman recommended a “Buy” rating and said that the tariff hike is the most significant catalyst since 2019. The plan tweaks will lead to a 3 per cent increase in revenues for wireless business of the company, while EBIDTA for the wireless business can rise by 6 per cent. There is high likelihood of Vodafone Idea following Bharti’s actions over the next few days.

UBS, like Goldman, expects a 4 per cent upside to revenues in an optimistic scenario, while EBIDTA acceleration is likely 6 per cent due to plan tweaking. UBS expects Vodafone Idea to follow Bharti in tweaking plans.

Citibank expects another hike in the low-end 2G segment, which contributes to 5 per cent of Bharti’s revenue. This could provide a further 2 per cent boost to the mobile segment revenues of Bharti.

Despite the positives, the key risks of AGR dues, low ARPU and user losses still remain relevant for Bharti and Vodafone Idea. For the month of May, both Bharti and Vodafone Idea lost users, while Jio continued adding users. The impact of price increases in July will only be visible in August and September. Nevertheless, the increase in tariffs enhances investor confidence while helping the sector get back on its feet.