Building The Electric Vehicle Infrastructure In India, The PPP Way 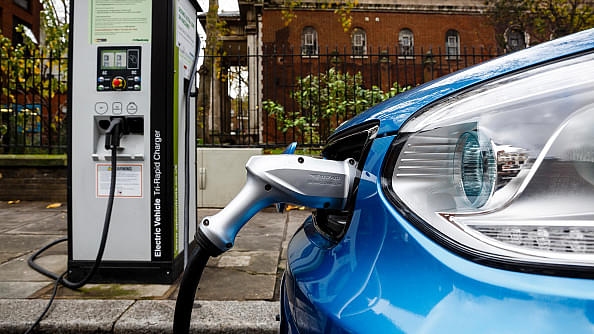 Electric vehicles (EVs) are making inroads into unknown territories with its wider adoption across the world. While Finland is leading the global charge in adopting EVs, France and Britain have ambitious plans to make a complete shift to EVs by 2040. China’s effort to replace its oil and diesel fleets with EVs is gathering pace. India is slowly but steadily catching up. It is making the right noises now with the government determined to switch over to EVs in a phased manner by 2030.

So, India is set for yet another major disruption as it starts working its way towards an ‘all electric future’ by 2030. It has the potential to not only change the face of the transport sector but also the energy sector. The disruptions would impact the Indian economy in more than one way. Supported by a massive $454 million funding from the Global Environment Facility (GEF), India’s Energy Efficiency Services Limited (EESL) is investing in cutting-edge technology to develop EVs, besides fast-charging and battery storage infrastructure. EESL, as a nodal agency of the government, has planned a procurement of 20,000 EVs.

While vehicle manufacturing companies are gearing up for supplying these units to EESL, the process of setting up charging infrastructure is also gaining momentum. Public sector establishments such as NTPC Limited and the Power Grid Corporation of India Limited as well as many other private players such as the Hero Group are planning to set up the required infrastructure.

Following the successful implementation of the light-emitting diode (LED) programme in the country, which witnessed LED prices drop from Rs 330 per watt to Rs 50 per watt, EESL is now making all the right moves in adopting EVs. It has adopted scalability approach in fleet procurement to drive down the cost and create an ecosystem for EV implementation. Under the first phase, EESL has invited tenders for the supply of 25,000 e-autos and 25,000 e-rickshaws, which will then be sold to various aggregators.

The other ways for faster adoption of such vehicles include roping in cab aggregators to switch to EVs. Mahindra and Mahindra recently tied up with Uber for supplying EVs to its fleet by providing lucrative incentives and soft loans for procurement. The deal is envisaged to help driver partners with Uber to get Mahindra’s electric cars at competitive prices with attractive financing and insurance premiums and maintenance packages. Similarly, Tata Motors has partnered with Ola to provide them with EVs. The central government already incentivises electric vehicles under the FAME (Faster Adoption and Manufacturing of (Hybrid &) Electric Vehicles in India) scheme.

While India is taking baby steps to adopt EVs, there are major barriers in terms of operational, commercial and financial aspects to their adoption, coupled with a lack of clear direction from the government in terms of policy guidelines.

Barriers to adoption of EVs

The major barrier to adoption of EVs is the cost factor. The battery cost for an EV comes to around 40-50 per cent of the total capital cost. A standard 35kWh battery could be considered the equivalent of a standard 40-litre fuel tank costing $8,800 or Rs 5.7 lakh in India. The battery cost added to other costs such as taxes and import duties make it a costlier purchase for a common man.

Further, a lack of charging infrastructure across India makes the investment in EVs virtually go waste.

So, while the focus is to push for EV adoption in a big way to customers, the need for the parallel development of a charging infrastructure is paramount for early adoption of EVs in India, which, however, poses a huge challenge. As per NITI Aayog estimates, the changeover to EV would result in a saving of $60 billion in fuel cost, which would in turn help in averting the purchase of 156 million tonnes of oil, along with achieving 1 gigatonne of reduction in carbon emission. The faster adoption will no doubt help in more renewable energy coming to stream with cheaper supply of clean power along with a rise in coverage by the transmission and distribution sector. Development of associated charging infrastructure will indirectly lead to an expansion of distribution and transmission infrastructure in the country, which would inadvertently lead to better revenue prospects for the ailing sector.

The government has a plethora of options to choose from while adopting EVs in a bigger way. It can start with phase-wise implementation of the scheme with first adoption in the public transport system in the cities. Major cities have their own public transport fleets and have dedicated depots for parking. The depots can be transformed into charging stations with a bit of redesign and redevelopment. While charging can be done at night, buses can ply throughout the day. For an efficient use of infrastructure, these charging stations can be open to private vehicles, which would double up as a commercial revenue stream for the public transport companies. Further, these stations can be developed on a public-private partnership (PPP) model, attracting competition and private investment into the system without burdening the public exchequer.

There is no battery manufacturing base in India. If India has to import the battery for its charging requirements, the whole effort of adopting EVs would negate the very basic objective of switching over to a new technology. It will also not help in achieving the oil import reduction target of the government. So, for real gain in terms of saving foreign currencies, India should look for manufacturing batteries locally. This would not only help in reducing the overall cost but also help generate employment. Consequently, any step in this direction will help strengthen the government’s “Make in India” initiative.

In the initial phase, the government can handhold the industry to provide the impetus with grant support, providing direct or indirect subsidies and provisioning of Viability Gap Funding (VGF) to the nascent industry. It can also provide a buy-back guarantee for the batteries in a phased and timely manner to provide the industry with visibility for long-term operation and stability. The government can design suitable PPP models to develop indigenous capacity in storage technology. These initiatives, coupled with investment in research and development technology for storage systems, would help in reducing the overall cost of the battery systems, which would drive its adoption faster.

The major outcome of these initiatives would be meeting the domestic demand first and export the surplus, if any. It will help in a establishing world-class manufacturing hub for storage systems/battery in the country and eventually lead to lower the battery cost and improve efficiency. The residual battery may also help in developing an alternate market for storage requirements in e-rickshaws, agriculture pump sets and the telecom sector.

How PPP can help in aggressively pushing the agenda

PPPs can be designed to augment the sector in many ways, starting from the operational aspects to running commercial fleets and developing the storage infrastructure to charging assets for EVs.

- Running the commercial vehicles in the city in PPP model (the operational aspect):

Instead of procuring EVs directly, there can be a PPP model where the investment and operations and maintenance can be transferred to a private party on the basis of the build, own, operate, transfer model, wherein a private party will invest and run the buses for a specific time period with user fees fixed for a base year with an escalation criterion. The rest of the amount can be provided by the government under the VGF scheme.

This is where public transport can actually make a difference. Once they start operating electric vehicles, they can additionally be given the responsibility for setting up charging points for the public. The existing space for city bus parking can be used for commercial purposes, making it a revenue source for municipalities. Multi-level parking structure of municipalities can be converted into charging stations.

Selling advertising rights in commercial city buses for a period of years to private parties can add on a revenue stream for the private operators.

The government can think of establishing large-scale battery-manufacturing base with an off-take guarantee to the manufacturer. Standards can be preset.

It may go for an open international competitive bidding on the basis of lowest VGF as criteria for winning a bid for a specific volume of battery procurement. EESL can be made the nodal agency for procurement of such batteries.

Battery swapping as an option can also be thought of as an alternative revenue source for the private party and they may be given a free hand to establish and carry out such operations.

- By creating the associated infrastructure like charging stations for the city or identified clusters (asset creation):

Charging station criteria can be integrated with the battery manufacturing model development based on the PPP model.

Else, city-wide charging infrastructure can be rolled out in the PPP model. The number of charging poles can be scaled up by clubbing various cities according to their sizes, to make the project commercially viable and to attract serious players.

The number of charging stations and development of parking space can be integrated into the PPP model of development. The land allotted for creating parking spaces can be leased out for a long-term period and handed over to the private party for a longer duration, say 20 to 30 years for commercial exploitation as an add-on revenue stream.

While there are various PPP models that can be worked out to bring in private sector investment and efficiency to the sector, the government may also want to rope in public sector undertakings to set up some additional infrastructure. In this scenario, players like NTPC, Power Grid and major oil companies’ roles cannot be ruled out. The government may think of inviting the oil and gas companies to take a lead and build some of the assets and strategically shift their base from oil and gas to electric. This may be a clear possibility from the government side. Along with this, the government may support the transport sector with a sunset policy for phasing out their petrol and diesel vehicles completely in a phased manner.

The PPP model would definitely be used as a strategic tool by the government to attract the much-needed foreign and domestic investment into the segment along with building the necessary research and development capabilities in the country.