Can The National Urban Policy Unlock The Potential Of Indian Cities? 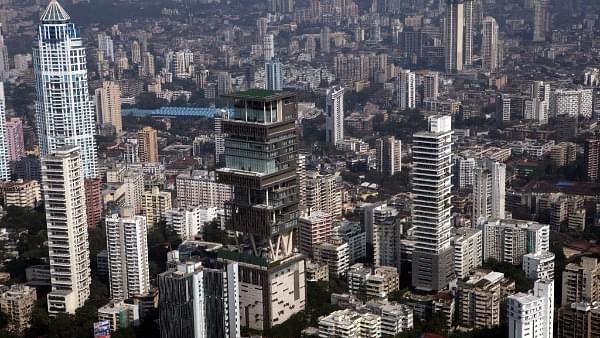 India is on the verge of formulating and establishing its first National Urban Policy (NUP). The NUP will be an overarching policy statement that will set the direction for the country’s urbanisation. The Government of India has formed a panel of urban experts who are currently working towards establishing this framework.

What is NUP and what can it achieve?

An NUP is a guiding document that can provide a direction to the rapid pace of urbanisation that India is currently witnessing. The NUP should enable prioritisation of urbanisation challenges so that it can direct its infrastructure investments, projects, and schemes accordingly.

Rapid urbanisation has created challenges in Indian cities that include slum formation, access to basic services like water supply and sanitation, failure in or non-implementation of urban planning norms, failures in urban governance processes, huge gap in the provision of adequate transport infrastructure, and so on.

Cities are complex, and each of a city’s issues rarely exists in isolation. Each challenge needs cross-sectoral interventions. Any action or investment to resolve an issue tends to have consequences that directly impact the dynamics of other issues. Urban issues are sometimes better resolved at a specific government hierarchy. So, solutions to urban issues sometimes need local intervention while at other times, they need state or central intervention. An NUP should offer a clear directive to urban policymakers at all levels of government to bring in a more cohesive approach to urban planning and urban infrastructure investments.

Cities everywhere tend to work in isolation. That is, urban governments tend to become so focused on local action and intervention that larger understanding and adherence to overarching urbanisation goals are relegated to the background. A strong and definitive NUP helps cities assess their urban planning and investment decisions vis-à-vis the goals and objectives stated by it.

UN-Habitat, the United Nations programme to build a better urban future, has created a framework for the creation of an NUP. Accordingly, the formulation of an NUP should help India achieve the following:

1. Identify urban development priorities so that they fit in with national- and state-level goals.

3. Provide a cohesive understanding and coordination between national, state, and local urban policymakers.

4. Provide guidance to generate a local urban policy and project action in terms of making private and public investments in urban infrastructure.

Harnessing the horse of urbanisation

Urbanisation is seen as a chaotic process, particularly in India, where hordes of rural migrants enter cities every day for their livelihood. Urbanisation, per se, has received a negative connotation, and India’s romanticism with the rural life or its villages still remains, both in policy and politics.

A World Bank’s development report of 2009 states that no country in the world has made a shift to a middle-income society without industrialisation, and no country has moved into the higher income group without harnessing the power of its cities. So cities are vital to a nation’s overall economic, social, and sustainable development. Arguments to create “self-sustaining villages” and such as “India resides in its villages” are slowly losing importance in the current development narrative. This is not because of a certain political inclination, but because of where India is poised in her phase of development.

It is thus apparent that India’s position will either see a take-off or end up a non-starter if the country does not harness the potential of its horses, namely the cities. The NUP should be an instrument that addresses this situation. In other words, the NUP should be a framework that gives wings to Indian cities.

While aiming for the four primary objectives, the NUP should address four thematic areas that need immediate attention in Indian cities – urban legislation, urban economy, urban planning and design, and urban governance institutions. UN-Habitat has named the first three thematics, which it specifies as absolutely necessary in an NUP, to make any effective change to the urbanisation processes in a country. The fourth thematic needs inclusion, as governance institutions need an overhaul if we are to move towards building cities that will be economic powerhouses for the country.

All laws pertaining to urbanisation, urban planning, and urban governance fall under this thematic. There is an urgent need to address the outdated, conflicting, and superseding laws, rules, and acts that form the entire baggage of urban legislation. A plethora of these exist today, dating from the pre-independence period. Laws pertaining to land, access to land, and land use need serious reform if we are to move towards an effective urbanisation policy. It is constantly argued that the urban land shortage is entirely due to unreformed urban legislation. The complexities of negotiating urban land access along with ad hoc legislative interpretations and the use of discretionary powers at the local levels, dilute or aggravate the issues of urbanisation.

This is an area that remains outside the scope of city governance and performance. An urban economic policy for each city is important to be able to harness its economic development potential. Rightly called “engines of growth”, each city in India needs an economic policy. Having neglected this area, cities are currently struggling to understand their investment priorities and thereby creating an ad hoc decision-making environment. With crumbling infrastructure and lack of investment, the potential for the economic growth of cities is getting stifled. City administrations tend to forget the purpose of a city’s existence, which is to generate economic dividends for the development of the nation.

Every state in India has its version of the Regional & Town Planning Act, under which urban planning and design processes are nested. A lot of time and effort is spent in making urban land use plans for Indian cities. The entire process is cumbersome and fraught with data interpretations. This is mainly due to the fact that data collection in cities remains very weak.

Except in the four metros of India and other large cities like Bengaluru and Hyderabad, urban planning departments are not established as a permanent feature within the government. It is only when 20-year urban plans are to be prepared that a ‘makeshift’ department is created, and the unenviable task of urban planning falls on the shoulders of officers deputed for the task from other departments. This is a lost battle right from the beginning, as these makeshift departments lack any information about cities that show trends over a period of time. Thus, except for some basic population trends, vehicle counts, and some real estate data, this department is expected to plan for the city. It’s an impossible task, even for the most accomplished of planners. Conflicting land uses and land scarcity in cities drive the urban planning processes into a give-and-take of vested interests, thereby derailing and discrediting the entire planning exercise.

For example, in Pune, the Development Plan for the city, for a period stretching from 2007 to 2027, took 10 years to complete. So the plan that began its preparation in 2006 finally culminated in state government approval only in 2017, exactly after half of the period of its implementation was, as per the plan, over.

The institutions that are formed under various urban legislation, need urgent reform. The capacity of these institutions needs serious augmentation as India moves towards greater urbanisation and better cities. There are two aspects that form an urban institution. One is the elected or the political component and the other is the administrative component. For urban government institutions to work more effectively, reforms are required in areas such as election and empowerment of the mayor, candidate proficiency for posts, tenure of officers, promotions, pay scales, and regular training programmes that will yield positive benefits to the government. The NUP should address and guide the concerns faced in this sector and be able to provide a directive for reforming urban government institutions.

Usually, a policy formulation never details itself out into projects or schemes. One of the criticisms of policy-making is that it tends to remain on paper, with lofty terms and sweeping intentions. However, on the ground, most policies fail to take off. However, in case of the NUP, it should outline some overarching projects or schemes that will get completed in a time-bound manner to impact urbanisation in India. UN-Habitat’s NUP framework uses the term ‘acupuncture’ projects. Acupuncture projects are those that will, to some extent, test the policy that is being formulated. These demonstrative projects can be used to show implementation of the NUP. For example, if the NUP identifies immediate reform of the urban legislation pertaining to land, an immediate, time-bound pilot project needs to be taken up and completed to showcase how a reform in legislation can be done. This will also make an assessment of the NUP and its effectiveness, thereby making the NUP more robust.

Indian cities need a robust framework of urban policy that can guide its development. The country’s trudge towards a middle-income and higher income society can only be realised if her cities unleash their potential. Hope the NUP is able to do just that.

Anagha is an architect and environmental planner. She tweets at @anaghapp.