Capitalism Gives Power To The People 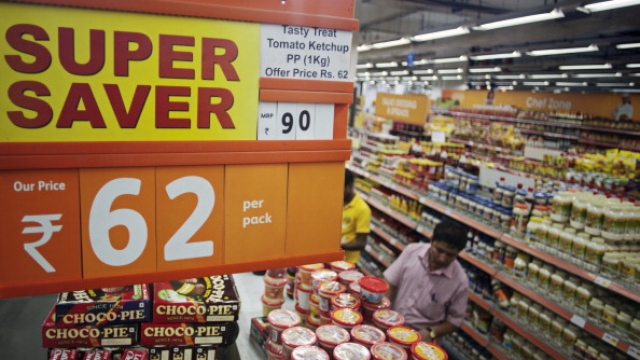 Several anticapitalist slogans riff on the contrast between people and profit, and nobody thinks John Lennon’s song “Power to the People” is a plea for unbridled laissez-faire. Even so, the free market economy does indeed decentralize decision-making authority in the only way that makes sense. In contrast, top-down political interventions are the epitome of social manipulation by the powerful elite.

In ‘Airbnb: Regulation without Government’, I explained how Airbnb and other ‘sharing economy’ ventures exhibit the ideal way that the community could “regulate” business activities. The rise of the internet, coupled with the ubiquity of smartphones, has allowed people to share information in new ways such that the traditional methods of hailing a cab or walking up to a hotel are growing increasingly obsolete.

However, businesses such as Airbnb and Uber (especially Uber’s surge pricing) are just the most obvious examples of the general pattern: voluntary market exchanges are the only sensible method of exhibiting social freedom. If “power to the people” means anything, it means a world of widespread respect for property rights, where powerful groups cannot appeal to political authorities to get their way.

However, we should not think that the salutary effects of commerce are only due to recent technological innovations. Economists have always known that the market economy disperses power among the masses, in a very legitimate sense. For example, Ludwig von Mises wrote lengthy treatments of “consumer sovereignty”:

The capitalists, the enterprisers, and the farmers are instrumental in the conduct of economic affairs. They are at the helm and steer the ship. But they are not free to shape its course. They are not supreme, they are steersmen only, bound to obey unconditionally the captain’s orders. The captain is the consumer... [The consumers], by their buying and by their abstention from buying, decide who should own the capital and run the plants. They determine what should be produced and in what quantity and quality. Their attitudes result either in profit or in loss for the enterpriser. They make poor men rich and rich men poor.

Two of the main reasons people think we need a coercive state to guide social affairs are material scarcity and uneven human abilities. That is, nature by itself doesn’t provide enough food, clothing, shelter, medicine, and so forth to satisfy human desires. At the same time, not all humans are equally qualified to diagnose a problem and provide a path to improve the situation. In this context, it seems only natural that the elites would seize power and redirect spontaneous human activity, with the aim of helping people.

Yet the literature on free-market economics shows that such intervention is unnecessary. For example, consider something as simple yet fundamental as the choice of occupation. In the medieval guild system, entry into the various professions was highly regulated. No doubt the intellectuals of the day would have thought such paternalism was “obviously” necessary. After all, suppose every young boy decided he wanted to be a blacksmith, and nobody wanted to grow up to be a farmer. Then they’d have a world full of beautiful swords, but nobody could enjoy them, because they’d have all starved to death.

From our vantage point, we can see how silly such worries would have been. So long as there is a freely functioning price system, we can allow individuals the freedom to enter whichever profession they desire. By their spending decisions, consumers implicitly send signals to their fellow men and women, indicating how much they would value their potential services in various occupations. If “not enough” (in a meaningful sense that we could precisely define in a more technical essay) people are becoming orthodontists, then the average salaries in this field will rise, making it more attractive to younger people who are broadly interested in medicine but don’t know exactly what to specialize in.

It is true that some people are far more intelligent and knowledgeable about a particular topic than the masses are. Yet this doesn’t justify coercive rule by the elites. No, would-be leaders must earn their followers through voluntary means. The 19th century thinker Mikhail Bakunin, though an anarchosocialist, put it well:

Does it follow that I reject all authority? Far from me such a thought. In the matter of boots, I refer to the authority of the bootmaker; concerning houses, canals, or railroads, I consult that of the architect or the engineer. For such or such special knowledge I apply to such or such a savant. But I allow neither the bootmaker nor the architect nor savant to impose his authority upon me. I listen to them freely and with all the respect merited by their intelligence, their character, their knowledge, reserving always my incontestable right of criticism and censure. I do not content myself with consulting a single authority in any special branch; I consult several; I compare their opinions, and choose that which seems to me the soundest.

The advocates of political intervention think that they ensure “consent of the governed” through the institution of democracy. But both history and theory show the naïveté of that belief. Suppose we had retained the medieval guild system, but with the tweak that the numbers of new entrants would be ultimately controlled by politicians who were elected every four years. Would that have solved the problem and given us a free labor market where people can choose their career paths?

In this world, it is impossible to have “total freedom” in the sense of being subject to no one else’s will — your behavior will necessarily affect others, and vice versa. But the institutions of private property and money allow for voluntary exchanges, with price signals communicating the information everyone needs to adjust his or her behavior. The system is not perfect, but it is the only coherent way to retain a meaningful sphere of individual autonomy while receiving feedback from others.

This article was first published by the Foundation for Economic Education.