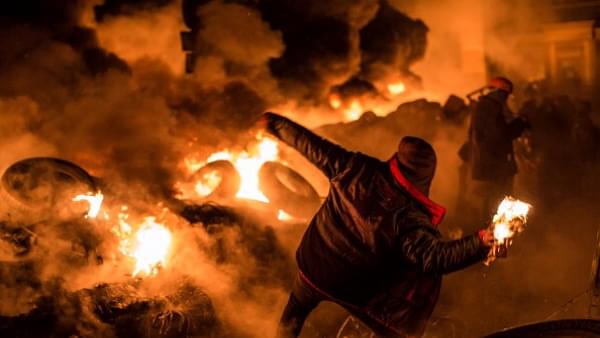 Twenty years ago, Alberto Alesina and Enrico Spolaore published a much-quoted article entitled ‘On the number and size of nations’. It was the time of the break-up of communist-ruled “ethnically-based” federations and, on the other end of the continent, of European integration. The view underlying Alesina-Spolaore (A-S) paper was both simple and seemingly very persuasive. There are manifest advantages of sharing public goods as per capita costs of provision decrease with a larger population size. Short of any countervailing costs, the optimal size of political organisation would be a unified world.

However, as people live further apart from each other and have different preferences, sharing public goods makes less sense: some prefer to invest more in defence, others in education, the third in religious schools, etc. So, the optimal size of a state is where the two tendencies just offset each other: similar peoples will share a state, federation or confederation up to a point that dissimilarities in preferences take over.

People who looked at the world in the 1990s and did not concern themselves much with history thought that this approach made lots of sense: does not EU (the European Union) bring together people who are similar, from Sweden to Greece? And did not the Soviet Union fall apart because little was shared between Estonians and Tajiks?

I thought that the A-S model was simplistic to the point of naiveté. (My own view, unfortunately published in a collected volume that no one reads, was different: that the optimal size of a state is determined by the trade-off between sovereignty and income. You give up sovereignty to enter into WTO (World Trade Organization) or the European Union: this, in turn, gives you higher income. But I will not discuss my paper ‘Nations, conglomerates and empires: trade-off between sovereignty and income’; for those interested, here is the 1996 working paper version).

Why was A-S view simplistic? Because of the fundamental (and I think faulty) assumption that people who live close to each other are “similar”, have similar preferences and want to live together in a country or a union. A simple reflection about the past or the 1990s should have sufficed to show that this is often not the case. Germany and France did want to live in a European Union in the 1990s, but for two centuries before they have been in an almost incessant war. Yet Germans and French were not less “similar” in 1914 or 1940 than they were in 1997 (or today). The 1990s were also the time of the war in Yugoslavia: yet to any external observer, there was not that much dissimilarity between the Serbs and the Croats, and certainly not more in 1990s than in 1918 when they unified. Turks and Kurds, entangled in a decades-old war, are not dissimilar in their preferences or way of life.

This point is even more obviously true today and should, I think, invalidate A-S fundamental assumption. As we read about the endless conflict between Catalonia and Spain (see this weekend’s Financial Times), or about the Scottish referendum, or Brexit, or the bloody war between the Shia and the Sunnis in Iraq and Syria, we are not struck by some “objective” and huge differences that exist between Catalans and Spaniards, nor between the English and the Scots, nor between the Iraqi Shia and the Sunnis. The preferences of each duo can be thought to be very similar; yet they are at loggerheads, and at times in violent wars, about the type of country, union – or “disunion” – in which they wish to live.

The liberal nostrum reflected in A-S assumption (that similar people want to live together) had its corollary in the common misconception that one often hears even today, namely that ethnic or religious conflicts are somehow the product of lack of knowledge of the two communities about each other and that if people only spent more time with each other, the conflict would lose its raison d’être and dissipate.

Only a few days ago, a development economist circulated on Twitter a poll asking people when they shared a meal with a person of a different religion (implying that were such meals more widespread, likelihood of conflict or misunderstanding would be lessened). But this is based on a misconception: Shia and Sunni in Iraq are warring not because they do not know each other well enough: they have lived together as neighbours for centuries. Does anybody think the Spaniards and Catalans do not sufficiently know each other? Or Serbs and Croats and Bosniaks who speak the same language and who have intermarried prior to the Civil War in the 1990s would know each more if the marriage pairing was random? The same is true for ethnic and religious wars in other places: Catholic and Protestant Irish, Ethiopians and Eritreans, Greek and Turkish Cypriots. Even the worst civil conflict of all, the Holocaust, did not happen because ethnic-German Germans and Jewish Germans did not know each other well or did not intermarry sufficiently. On the contrary, it is often argued that of all countries in Europe, Jews were most integrated in Germany.

I do not know what causes civil wars. I could write down a laundry list of things that seem to me to make its likelihood greater: economic hardship, youth unemployment, desire to find a scapegoat, inability to resist demagogues, interested minorities who have much to gain from war, etc. Moreover, once a determined and violent minority within one group is able to create bloodshed, there is a natural tendency for the other side to react and then very soon the lines between the groups are drawn and those who refuse to join either side are the prime target for elimination by both groups. War thus feeds on itself.

This is not an elegant theory that can be set out in a model, but I think – and I trust that this is something increasingly confirmed – that similar people are as likely to want to share a state as to be willing to split up or to go to war; and that believing conflict can be prevented by people knowing each other better is just an illusion.

This piece was first published on the writer’s blog, ‘globalinequality’, and has been republished here with permission.