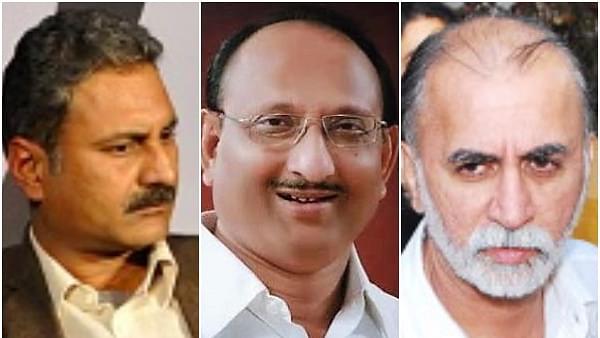 Now that Gurmeet Ram Rahim Singh’s conviction and sentencing have taken a backseat, it is a good time to analyse the narrative created around the event by our left-liberal elite, and the propaganda they indulge in, every time.

Singh’s conviction was entirely a victory for fearless local reporters who investigate and report on cases with courage. It was also a failure of the mainstream media, which later cashed in on the news with all kinds of insensitive whataboutery. Although, expecting sensitivity and restraint from the TRP-hungry lot is too much to ask.

The fact is that no political party, the Congress, Akali Dal or the Bharatiya Janata Party (BJP), comes out looking good, and each one has played a role in the rise of Singh’s dera. Yet, the cabal of the left-liberal elite used his conviction as an opportunity to take a swipe at the BJP, with their functional selectivity.

What worried one especially was how the left-liberals used the actions of one criminal to create an image of a collective crime and demand collective punishment. But, I shall leave the sinister role played by the left-liberal media in fueling the hatred for the 'followers’ for another time.

My focus remains here on our snooty intellectuals and their extraneous noise. And this leads me to make a depressing observation – like good terror and bad terror, there now sadly appear to be good rapists and bad rapists too.

Imagine if after a few months, you land in Delhi's Pragati Maidan with friends, and see Singh’s name as part of Tihar Kalabhiyan 2018, an artwork exhibition by inmates of the jails under the banner of Lalit Kala Akademi Art Galleries. Would you be perturbed?

But I doubt Singh would get such an opportunity. He does not seem to be socially and intellectually influential. Neither is he part of the left-liberal ecosystem, which would compel others from the system to try and rehabilitate him.

A “good rapist” gets an article published in a web magazine – ‘Dibai, the Qasba where Intizar Husain was born’ – from inside a jail, without the magazine stating that the writer is an incarcerated criminal. Yes, the writer of that piece, Mahmood Farooqui, is a convicted rapist of a 30-year-old foreign student and also the co-director of the film Peepli Live.

There was another article in the Indian Express, called 'Soul Searching'. It was on the Tihar Kala Utsav, which would display works of art created by Tihar jail inmates at the Lalit Kala Akademi. Several works by artist Chintan Upadhyay (the main accused in the 2015 double murder of his wife Hema and her advocate) were also part of the exhibition.

It raised suspicion, and on further search, I found another piece, ‘Peepli Live co-director Mahmood Farooqui unites Tihar Jail with play’. Farooqui hosted the show. Not only that, he was also allowed to perform outside the jail during the festival.

It appears that Lalit Kala Akademi is being used systematically to help bring into the mainstream someone who the Lutyens ecosystem is sympathetic towards. What else but sympathy can explain the silence that preceded Farooqui’s conviction, as explained here? Or, what else can explain articles like these, which seek to raise doubts over the conviction itself?

Farooqui is not the only one. There is a pattern to how left-liberals overlook the crimes of, and even promote, sexual offenders in their incestuous ecosystem.

Do you remember Hasan Suroor, an Indian-origin journalist in the United Kingdom who was accused of paedophilia? In this video, the 65-year-old Suroor is seen as admitting to having travelled from Chelsea to Deptford Bridge to meet a 14-year-old girl for sex. The left-liberals lost no time in rushing to his defence with a steady stream of articles projecting him as a victim. In an article for The Outlook, ‘Hasan Suroor And The Question Of Culpability’, the writer expresses deep discomfort about the way Suroor was being treated.

To be clear, Suroor did not have sex with that minor. In fact, in this case, he had sexual conversations with someone who he thought was a minor and was purportedly travelling to meet that person. The case against Suroor has been dropped for lack of clear evidence. But the moot question is, who can have remorse or mercy for such a man?

The list of such “good sexual offenders” that has been openly defended or protected by the left-liberal elite is long.

In the case of climate scientist and director general of The Energy and Resources Institute, R K Pachauri, a young researcher refused to succumb to his “carnal and perverted desires” and instead lodged a complaint.

It was baffling to see interviews like these in his defence.

A serial offender, as per this Caravan report, Pachauri was booked by Delhi Police on charges of stalking, molestation, outraging the modesty of a woman, sexual harassment and criminal intimidation. Pachauri is presently out on bail, pending further investigation.

This behaviour seems routine for the cabal. Fired for alleged sexual harassment from Penguin, David Davidar was also provided a platform at a book fair.

And then, remember how the news of Bihar Congress leader Brajesh Pandey, accused of running a sex racket and sexually assaulting a Dalit minor girl, was suppressed by the left-liberal media? The girl, who had accused Pandey, brother of NDTV journalist Ravish Kumar, of molesting her, was being harassed by the police through frequent questioning.

And, who can forget Tarun Tejpal, who is back again in the news with the Goa court ordering framing of charges against him for sexually assaulting and raping a former woman colleague? It was the sheer determination of the young colleague to expose the assault on her. What happened next was even more shocking.

Many from the Lutyens elite were out in the open defending Tejpal. They started a well-thought-out, crafty campaign in what was a character assassination of the girl. One author, in this piece in The Outlook, put a question mark on the victim’s claim itself: What The Elevator Saw.

Soon, there was an attempt to rehabilitate Tejpal among the intelligentsia by sending him an invitation to speak at a literature festival.

Why not? After all, he imposed “penance of laceration” on himself after realising that the sexual assault was “an error of judgment”.

The most glaring example of the hypocrisy of how the left-liberal elite responds differently to different crimes, is this tweet of Javed Akhtar.

This defence of a rape-accused by calling him an intellectual with impeccable values is proof that the incestuous cabal is alive and kicking.