Don’t Fret About India’s Global Reputation; The West Is Queuing Up at India’s Door 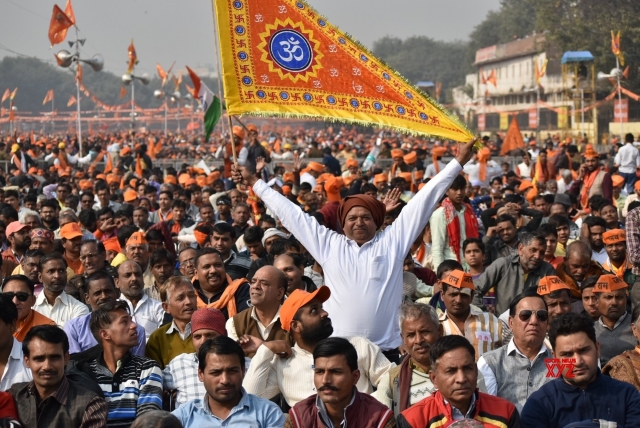 There is a particular kind of Indian that cares deeply about India’s image abroad. He watches the BBC and CNN, reads The New York Times and The Guardian and worries how India’s global reputation has been muddied by rapes and riots, casteist and communal violence, the erosion of dissent and the threat to democracy.

One Sunday newspaper columnist wrote sadly how NRIs cringe when reports in The Guardian and The Washington Post call India the rape capital of the world.

Indians are obviously right to worry about every rape, every caste or communal riot, and every action that suppresses dissent. But we are wrong to worry about what foreign media thinks about India. Here’s why.

India is a complex country. Nowhere else in the world do you find dehumanising poverty, social discrimination and casual violence co-existing with world-class entrepreneurs, outstanding scientists and dedicated social workers.

This paradox is difficult for foreign correspondents to understand. They pick up their material from watering holes in Delhi filled with unemployed public intellectuals and angry activists who say exactly what Western journalists want to hear: India is in deep crisis; dissent is dead; democracy is in danger.

Western journalists – at least the brighter ones among them – see through this poppycock. They know rapes and violent crime are as prevalent in their affluent countries as they are in India. They read strong daily criticism of the Narendra Modi government in Indian newspapers like The Hindu, The Telegraph and The Indian Express. They watch beady-eyed prime time TV anchors on India Today and NDTV mocking Modi’s economic policies (often justifiably).

Not one of these media organisations has been censored by the government – even though several deal in fake news.

Foreign correspondents see through the fiction. Dissent in India isn’t dead, it’s alive, well and kicking. India’s democracy has so many octopus-like arms among the bureaucracy, Opposition-ruled states, the police and op-ed public intellectuals that it is in no imminent danger.

But the editors back in New York and London want stories that work on the principle that bad news makes good editorial copy.

Indian journalists writing for American and British newspapers give their editors what they want: stories of rape, riots, casteism and communalism. Much of this is legitimate journalism. Where it is not is in the failure to construct a balanced narrative.

Indians, however, are wrong to worry about what foreign media writes. For a wealthy democracy, America has intractable problems of its own – racial violence, police brutality and fatal inner-city shootings. India’s problems therefore need to be contextualised.

India annoys many in the West: here’s a country that was not expected to make it. India was supposed to balkanise after Independence. How on Earth could post-Independence India with a teeming population impoverished by 190 years of British rule, a toxic caste system and simmering Hindu-Muslim tension become the world’s fifth largest economy?

The West, thoughtful foreign journalists know, grew rich after the 1750s on the back of the brutal transatlantic slave trade from Africa to America and invasive, exploitative colonialism in Asia which fuelled the Industrial Revolution.

It wasn’t meant to quite work out that way, write bemused foreign journalists. Western businessmen now line up in Delhi with billions of dollars in foreign direct investment (FDI) in the world’s fastest-growing consumer market bursting with world-class tech startups.

But what about dissent and democracy? Angry activists and op-ed public intellectuals have multiple eager media platforms to vent their ire in India as well as in New York, Washington and London. And they all miss the point.

Indian politics and society are undergoing a metamorphosis. The old elite with its ossified colonial mindset is being challenged by a rising new elite. The old elite embraces dynasty, practises nepotism and works in closed, incestuous circles. It clambered up the socio-economic ladder, rung by slippery rung, through the 1970s and 1980s.

The old, entitled elite looks at India with the eye of the intellectually colonised. It is invariably on the wrong side of history – eulogising Pakistan-funded terrorists like Burhan Wani, being apologists for China and undermining India at international conclaves.

India is a noisy, open democracy. It gives everybody an opportunity to defame it. That is as it should be. It is India’s true strength.