Efficient Disbursement Of Cash To Poor Is A Sign Of Good Governance; It Is A Fitting Tribute To Ambedkar 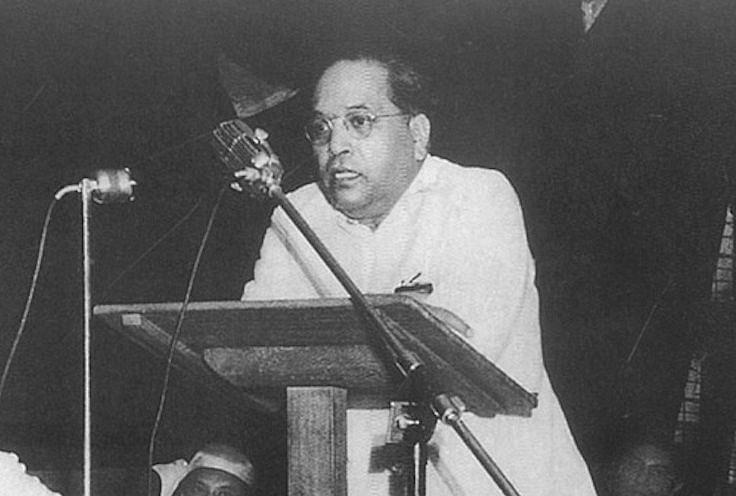 A few questions to start with:

The above questions are obviously not for answering in an UPSC (Union Public Service Commission) examination. It is meant to showcase what has changed in the last six years of Narendra Modi government – something that Babasaheb Ambedkar would have wanted to happen in India with all sincerity at the earliest.

“Democracy is not merely a form of government. It is primarily a mode of associated living, of conjoint communicated experience. It is essentially an attitude of respect and reverence towards fellow men,” said Dr B R Ambedkar.

Rs 28,000 crore under Pradhan Mantri Gareeb Kalyan Yojana was delivered to over 30 crore beneficiaries at the click of a mouse. Then the Modi government moved on to tackle the bigger issues (containing the spread of disease and revival packages etc) without displaying the act with any pomp.

If anything – this is not about Prime Minister Modi ensuring that the basic basket of foodgrains and an average of Rs 1,000 are given to the poor. It is the manner in which this has been given – with no leakage, all thanks to direct benefit transfer (DBT), and with the poor spared from grovelling before the dalals.

Therefore, this ensured that fellow men and women are not deprived of the self-respect they duly deserve as fellow humans. All this was done without incurring major administrative expenses, logistics/huge time taken to cover the last man across the length and breadth of the country.

However, the press coverage of these measures was cursory – as if the government was implementing a normal routine initiative. On the other hand, the press coverage would have been huge if crores of poor men and women were made to stand in long queues to get this basic entitlement. The contrast only has to be imagined.

This is a big step forward in governance in the sense that the dog that didn’t bark (as Sherlock Holmes would have found out immediately). A massive exercise of this nature was undertaken at the click of a mouse – with dignity and concern for the beneficiaries. Most importantly, with no pain or humiliation for the poor.

Making the power structure ‘irrelevant’ in the service of the poor has been the hallmark of Modi government.

None of the poor had to run from pillar to post to get what is their due from the society. Not to speak of the feudal maibaap sarkar ‘obeisance’ that otherwise would have to be paid to the political leaders (that may explain the 85 per cent leakage in the system as was exposed by the then prime minister Rajiv Gandhi).

Now once again look at the couple of questions posed at the beginning to see the magnitude of this initiative. Benefits to the poor was delivered with no opportunity for the dalals to siphon off even a paisa – and with no wastage of time.

The stark improvement in governance can be seen by what would have otherwise been a big favour done to the beneficiaries now becoming a normal routine affair.

This is what Ambedkar spoke of – it is essentially an attitude of respect and reverence towards fellow men.

Today, on Ambedkar Jayanti, we need to look at governance from this perspective. This can be brought about only by ‘servant leadership’ and not a leadership born out of any other entitlement.

If celebrating great men on their jayantis should not become mere symbolism, the only way to do is to judge how the current leaders walk the talk – on treating their fellow men with respect and reverence. And not everyone does that the way Prime Modi does it. With aplomb and humility – the way Babasaheb would have wanted it to happen.