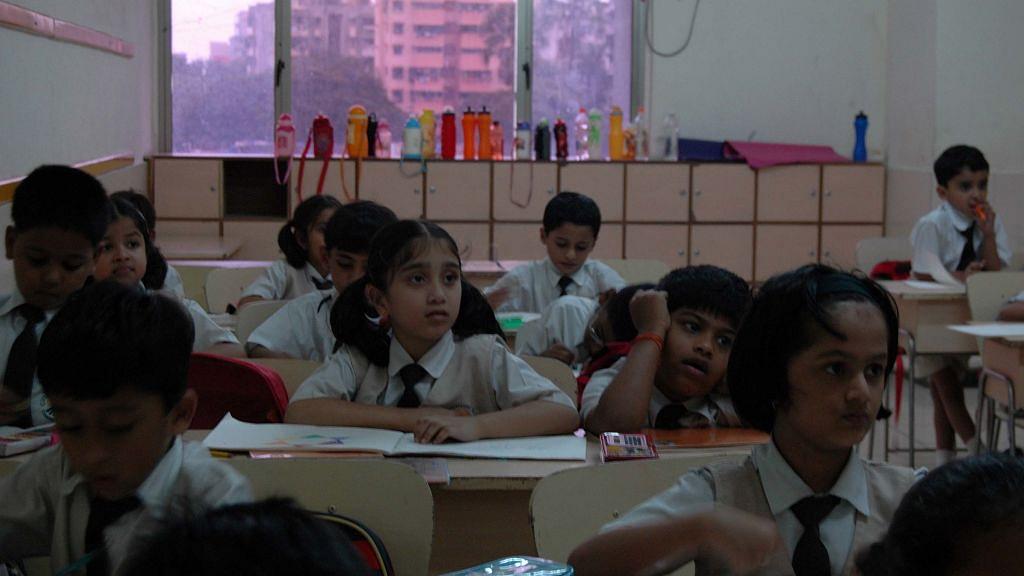 BJP’s social media support base erupted in joy at this development as congratulatory messages flowed in for the MP.

Have introduced today a private bill in Loksabha for Constitutional Amendment that requires for amending the Right to Education Act.

Clause 5 was added to Article 15 by the 93rd Constitutional Amendment in 2005 soon after the Sonia Gandhi-led United Progressive Alliance (UPA) government came to power. It reads:

The Right to Education (RTE) Act, 2009 mandates that private schools, aided or unaided, reserve 25 per cent of their seats for Economic Weaker Sections (EWS) of the society. However, this law doesn’t apply to institutions run by minorities but only to Hindu-run schools because of words “other than the minority educational institutions’ inserted by 93rd amendment.

It has been a long standing demand of many that the 93rd Constitutional amendment be either repealed or amended to remove the words “other than the minority educational institutions’ so that the rule of law can be reinstated in the education sector. They have now found a new champion in Maheish Girri.

As per 93rd Amendment, minority institutions have been kept out of purview of it. This contradicts our constitutional Right to Equality.

Our constitution clearly negates religion based reservation. Minority institutions should be under RTE & provide 25% reservation for EWS.

Interestingly, in this PDF copy of the private member’s bill, the bill is named, “The Constitution Amendment Bill, 2016” which means that this is an old copy and Maheish Girri had intended to originally introduce this last year but for some reason couldn’t do so.

According to PRS Legislative Research analysis, over 300 private member’s bills were introduced in the last Lok Sabha alone but 96 per cent of them lapsed without a single debate. Only 14 such bills have been passed by the Parliament since independence and none since 1970.

Since, Article 15(5) can be amended only by a constitutional amendment, the task becomes that much harder given that the BJP doesn’t have a majority in Rajya Sabha but even if Maheish Girri succeeds in initiating the debate and gets the bill passed in Lok Sabha, it will be a huge win for him and the party.

Even if Girri somehow manages to get the words “other than the minority education institutions’ deleted from article 15(5), the long history of jurisprudence would be hard to overcome. The judiciary has given unparalleled freedom to minority-run institutions by liberally interpreting Article 30 (1) of the constitution.

All minorities, whether based on religion or language, shall have the right to establish and administer educational institutions of their choice.

Once and if Article 15(5) is amended as mentioned above, minority-run institutions will also have to start reserving 25 per cent seats for EWS students. This would most likely be seen by courts as an infringement upon their rights guaranteed under Article 30(1). Much milder regulations on minority institutions have been ruled unlawful by the courts in the past.

If Girri doesn’t succeed in his endeavour, he shouldn’t lose heart but rather intensify his efforts and try alternative ways to save Hindu education institutions from the onslaught of the RTE act. He can do the following:

2. Introduce a bill to setup a national Vedic/Dharmic Education Board (DEB) and exempt the schools under it from the RTE act. The courts have repeatedly reasoned that only reasonable restrictions can apply to minority institutions as the Constitution gives them right to preserve and protect their culture which can be best done through education institutions. Surely, the majority community too has the right to preserve their culture too. There must be a DEB-like institutional vehicle for this purpose.

4. Amend Article 19(1)(g) and classify ‘Education’ as a special fundamental right where private institutions are restricted to minimal and reasonable restrictions. Restrictions that can threaten closure of such institutions wouldn’t be called reasonable.

5. Remove the words “of their choice’ from Article 30(1). However, this is easier said than done and is way more difficult than what Girri is attempting to do with his bill now. The effort to result ratio may be too high to chart this course.

There is no dearth of options. The only factor lacking was a will to initiate the debate and action. Until now. Those who wish to see a rule of law-based regime in the education sector now know who to look up to. Maheish Girri has truly set the cat among the pigeons. He needs to be applauded and supported.