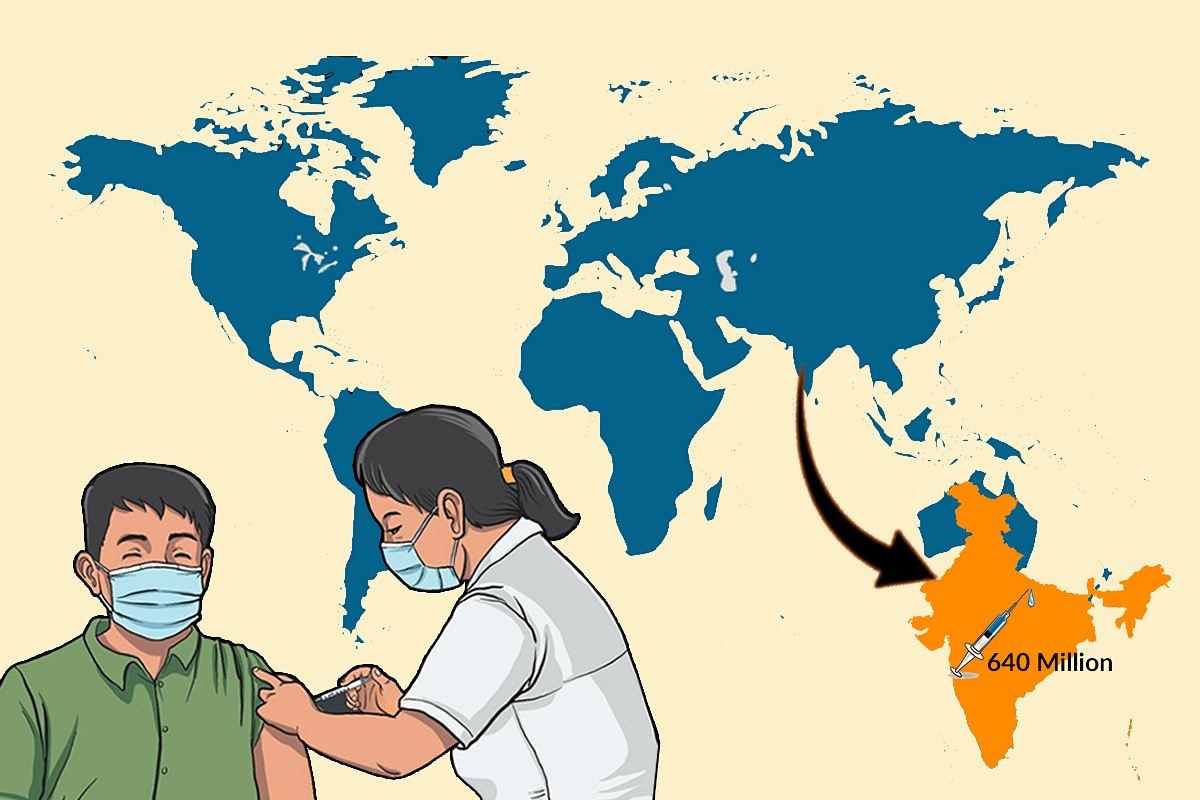 On 1 March 2021, after vaccinating its healthcare and frontline workers in preparation following ICMR’s recommendation, India embarked on the quest to vaccinate its entire adult population against Covid-19 — a daunting task by any measure. It has now been six full months since then. This article reviews the performance of that period.

Some of the highlights of the month of August are now well known. A short table summarising just the August achievements:

Thanks to the outstanding performance in August, India has reached 654 million vaccinations to date. It crossed 500 million first doses (54 per cent of the adult population) and 150 million second doses, all on 31 August.

The only hiccup was in May, a month characterised by a significant supply and demand imbalance exacerbated by an effort to push vaccinations in the middle of the second wave. This author also advocated an emphasis on first doses at the time, a policy measure that was indeed undertaken.

Despite those challenges, the government has very strongly responded to the task of pushing vaccinations to head off a third wave, which is currently devastating the United States and some other countries.

Each month since June saw vaccination targets being beaten. A 100 million targeted in June, but the end result was 122 million. July was estimated at 120 million, but finally saw 132 million. August predictions were for 150 million, which as we now know were dramatically exceeded with 186 million done.

A lesser known piece of information is that the government carries 52 million vaccines as remaining balance into September. With the Serum Institute of India (SII) alone projecting 200 million doses production for September up from 150 million in August, the early estimate for the month is 240 million.

Let’s look at production a little more. Most people have heard of Indian vaccinations crossing 650 million. But that is not the total consumption, which is 720 million — the total number of Indian-made vaccinations consumed to date, including 66 million vaccinations from Vaccine Maitri.

Add the carryover to September balance of 52 million and consider wastage, and this means total production to date is in the region of over 800 million! That is the number of vaccines made in India to date.

India’s success at not just having homegrown options, but producing them at world-beating scale cannot be understated. An advanced nation like Japan is currently struggling to get its first homegrown vaccine through testing and production. It is almost entirely dependent on imports, and has faced repeated debacles with managing supply, storage and distribution.

A question arises here — why couldn’t India produce more vaccines earlier? Supply data over time gives some insight. Essentially, all vaccine production to date has seen problems at various points. Almost every vaccine has early scaling problems. Pfizer had major problems in January, as did Moderna. Some vaccines face additional production hurdles scaling beyond a point, eg, Moderna again in July . Pfizer supplies stabilised only in late April in the US. SII originally planned to scale from 60 million per month to 100 million in April, but took until June. Bharat Biotech is currently managing its own production hell phase.

The following graph illustrates domestic vaccine consumption by quarter, for the past three quarters.

The graph shows North America — the US in particular, off to an early start in December itself when Pfizer and Moderna production began. SII followed soon after in India, but the US had a headstart. In March-May, the EU found its stride as both Pfizer and Moderna early production problems sorted out, even as SII struggled to raise output above its stable production rate.

However, since June, the West has seen very little growth in domestic supply, with the US managing a mere 68 million vaccinations, with well over 200 million still to do, not counting booster shots. Meanwhile Indian output is on par with North America and the EU combined.

Vaccine production doesn’t scale like a food recipe for more people. It is not a matter of more ingredients. Industrial processes need careful management; processes that worked for a smaller scale no longer work and new solutions must be found. Stalled production at different levels is something everyone faces.

A common question asked is why Chinese data is not reported. The answer is that there is no easily available reliable data from China for anything Covid related. Case counts, mortality data, production and consumption breakdown by type are all opaque. The user may use ourworldindata.org themselves to find some of the available Chinese data, but it lacks any of the continuity and reliability of the entities listed here.

The horrific ongoing third wave in the US underscores the danger of the Delta variant, and the fact that the Indian second wave wasn’t about mismanagement. The US is seeing a seven-day moving average of 1,400 deaths/day and rising, despite 60 per cent of the population having at least one dose of vaccine. Despite this, daily vaccination numbers are just 700,000 a day, while India did 10 times that every single day over August counting all days except Sundays.

India was presented as an example of doing things wrong during the second wave. However, there was little to mitigate that — in March India was still among the biggest vaccine producers even if only 8 per cent of the adult population had a single dose when the second wave hit, compared to 54 per cent now and rising almost 1 per cent a day.

The US is now the cautionary example —don’t drop the ball after initial progress. Particularly not when you have the benefit of hindsight in the form of someone else being hit by a dangerous variant.

The speed and scale of the response since the second wave is apparent in the data. A full half a billion vaccinations have been performed since the end of April. A total of 380 million of those were performed after the central government took control of all vaccinations in the fourth week of June — exceeding the cumulative vaccinations done in the US since inception.

Scaling this up isn’t easy. All Vaxzeria (Astra Zeneca) production combined — excluding SII — is 319 million. SII alone managed a vastly greater 750 million — likely the single most widely produced vaccine, with SII Pune likely being the single biggest production facility in the world given that Pfizer-BioNTech is produced across multiple sites.

Stepping Back: Competence From The Top

India, China and the US are the only countries with at least two homegrown vaccines being produced at scale. India has managed to recover from a terrible wave to outproduce the combined US-EU since. September is estimated to be a scarcely believable quarter billion doses.

Competent leadership executes a complex choreography of people, resources and movement well. It demonstrates resilience to recover quickly from tough hits. The daily demonstration of a government enabling the development of complex vaccines, their production at world-beating scale and delivery at a pace now hitting over 10 million a day multiple times, is a sign of competence.

Discourse around the topic should follow suit. Flippant arguments have pointed, for example, to the success of entities like New Zealand at entirely avoiding major waves. Let’s look at this carefully:

They are 1,500km from another landmass. They have the population of a Mumbai suburb — and yet have to date only managed about as many first doses per adult over nine months as India, which has 250 times the population.

Their ability to conveniently close doors and ride out a pandemic offers no signal as to their overall competence. In management speak, they demonstrate no transferable skills usable in an Indian context, and therefore their example has no value.

Competence is demonstrated by the ability to maximise the development and utilisation of technology, resource management, organisational support and coordination, and resilience in the face of difficulties. If we do not put aside emotions and instant gratification to carefully recognise and respect these attributes — and support governments that demonstrate them — we doom ourselves to end up with entities who utterly lack these capabilities.