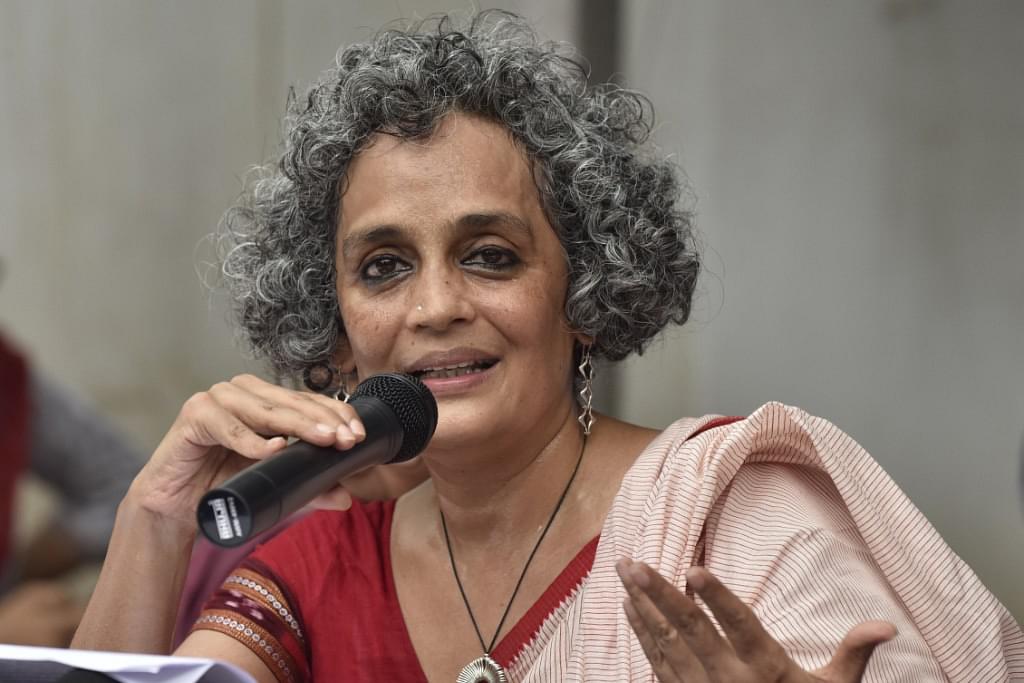 Consider the following paragraph from a campaign material on violence against Dalits or Scheduled Castes (SCs) in India.

“ Although Indian law prohibits discrimination and violence against Dalit people, in reality atrocities are a daily occurrence.

It is estimated that a crime is committed against a Dalit person every 18 minutes. The problem for many is not the law but the lack of political will, at local and national levels, to apply it. In 2006, the official conviction rate for Dalit atrocity cases was just 5.3%.”

It is from the “Dalit Fact Sheet” published in 2010 as part of the “Overcoming Violence” campaign by World Council of Churches (WCC), an ecumenical body that has affiliate churches all over the world including in India. But, this snippet indicating excessive violence against Dalits, has reproduced itself as a meme many times and in many places, in full, in part and with some changes.

Just an online search tells us that its contents exist not only in the averments of Christian leaders like John Dayal of All India Christian Council and Joseph DeSouza of Dalit Freedom Network (DFN) Canada and groups like Dalit Solidarity Network UK (DSNUK) based in London and International Dalit Solidarity Network (IDSN) based in Copenhagen, but that it has replicated itself in media reports, “research papers”, propaganda material and “policy documents”. Left-wing celebrity author Arundhati Roy passionately used parts of it in her article “India’s shame”. A version of it is also found repeated in resolutions of the European Parliament that castigates India for crimes against Dalits. It has been rendered with a sense of shame, alarm, and anxiety about the ‘rampant and pervasive caste-based violence against Dalits’ in India happening in this day and age.

But, is the impression of excessive caste violence that the snippet tries to convey, really borne out by the numbers that are being quoted? Let us have a closer look at these numbers and see if they indeed warrant such a conclusion.

Now, let us consider the number of murders quoted (“13 Dalits are murdered each week”) that is present in all reproductions of the meme. Generally, the rates of crimes are quoted on a yearly basis per 100 thousand of the considered population. But here they are quoted on a per week basis and as absolute numbers, not as ‘rates’ that factor-in the magnitude of the population. Why so? To render some illegibility and sensationalism?

So how do these rates of murder of Scheduled Castes match up with the rates of murder in general for the entire population of India? According to the NCRB data, the number of murders reported each year in India for the overall population was between 32,318 and 36,202 giving a rate of 2.7 and 3.5 per 100 thousand Indians in the same period (2001-2013). So clearly, if we consider the data quoted in the meme or in the official crime data by NCRB, the rate of murders of SCs is not more than what average Indians face but is actually about 8 to 10 times lower. Does that come as a surprise considering the propaganda being unleashed based on these numbers?

Now let us consider the rates of murders of SCs in comparison to the rates the world over.

Agencies like the United Nations Office of Drug and Crime (UNODC) use the rate of ‘intentional homicide’ as a metric for interpersonal violence in populations and collate extensive data on it for different countries and regions. Crimes resulting in death have generally been considered as the most accurate measure available for comparing and analysing the rates of crimes and the levels of violence in different populations. As Steven Pinker notes, “a dead body is hard to explain away”.

But, the UNODC definition of ‘intentional homicide’ is slightly different from ‘murder’ according to Indian Penal Code (IPC) (section 302) in that the former contains additional crimes such as ‘infanticides’ which are not covered under the numbers for ‘murders’ in India. So, for a coarse grain comparison, we could obtain an approximate number for intentional homicide against SCs by using a factor based on the categories and proportions used in UNODC ‘intentional homicide’ number for India. Or we could use the rate of murders reported in the national crime statistics published by agencies of different countries and directly compare them with the numbers we have. In both cases, we find that the rate of the murders of Scheduled Castes is not high. In fact, the comparison tells us that very few countries have such low rates of murder and that these rates put Dalits on par with populations in countries that are often ranked the most peaceful or least violent in the world.

So, what do we make of the propaganda that uses these statistics to make the case about alarming levels of violence against Dalits in India? What explains a complete inversion of what the statistics really indicate? It seems to be a case of hiding truth in plain sight.

If we look at other numbers including that of rape and kidnapping mentioned in the meme, we find similar deceptions that we find in the numbers for murders. We could continue to deconstruct this meme further. But that would be flogging a horse that is pretty dead already.

But two manoeuvres may need some consideration as they may not be readily apparent.

First, the implication that all crimes against SCs represented by these numbers are due to caste “discrimination" or “oppression”. While a section of the crimes may be because of hatred between communities, to imply that all crimes are due to only such motives is a hasty generalisation without any evidence. Have the propagandists spreading the meme not even considered the fact that the numbers being quoted are general rates of crimes against Scheduled Castes and hence also include cases in which even the accused belong to the Scheduled Castes?

Also, if we look at some of the cases in question, through the publicly available court judgments and documents, we find that many of the crimes have had motives such as personal enmity, altercations over business transactions, marital discord, property disputes, love affairs etc - similar perhaps to why some French commit crimes against other French and some British against other British. This is unless one wants to resort to lazy Orientalism to assert that Indians are motivated only by that thing called “caste” and there are no crimes in India that are correlated with interpersonal and socio-economic interactions that are known to exist in all populations, the world over.

Secondly, it appears that both, the drafters of the European Parliament’s resolutions and Arundhati Roy, to some extent realise that the claims made on behalf of these numbers are not borne out by the numbers themselves. They hence scaffold these numbers with a caveat that these crimes are also excessively under-reported.

Under-reporting of crimes is a known phenomenon in all populations. But severe violent crimes, especially those resulting in death, are considered less likely to be significantly under-reported except in extreme conflict zones or places where there is a long-term breakdown of law and order or of mechanisms that report these crimes. But to make a claim of excessive violence against SCs even when the crime statistics show the opposite, one has to resort to extraordinary claims about the levels of under-reporting of crimes against SCs. Roy, for example, has to pull a number straight out of her hat, which she calls the “rule of thumb” by which only 10 per cent of crimes like rapes and murders against Dalits are supposed to be ever reported. What is the basis of this "rule of thumb"? A fiction writer’s wild imagination? If true, would it not imply that the numbers Roy herself quotes so passionately are actually off by a margin of 900 per cent? What purpose would it then serve to quote those numbers? Are numbers meant only as aesthetic embellishments to the rhetoric?

Also, if 90 per cent of murders of Scheduled Castes in India indeed go unreported, as Roy implies, that would amount to more than 6,000 dead bodies hidden away every year. Is there even a shred of evidence to make such macabre claims? And even if we for a moment, suspend all logic and reason to accommodate Roy’s reckless manoeuvre and the arbitrary number she supplies, it would still give us rates of murders of Scheduled Castes that are nearly on par or marginally above the average rates of murders in India, and not excessively higher. Roy could have conjured up a more profitable magic-number than the 10 per cent she comes up with. Say 5 per cent, 2 per cent or 1 per cent? While still being spurious and arbitrary, these could at least have made her claims seem a bit substantial and somewhat mathematically coherent with the numbers she quotes.

Having seen through the propaganda, it is important for us to note that the low levels of violence that the crime statistics indicate should in no way be construed as a reason for being lax or less vigilant. Every attempt should be made to recognise and further reduce crime by effective monitoring and improving the police and criminal justice systems. But building a propaganda based on incorrect data and wrong statistical judgment laced in ideology and theology is in no way of any help to Dalits or in reducing crime or violence against anybody. Rather such exaggerated and false narratives create unnecessary frenzy between communities leading to mistrust and possibly even to violence.

The meme possibly gives us some hints. Evolutionary biologist Richard Dawkins who introduced the concept of ‘meme’ tells us how memes like whistle tunes, lyrics of songs, ideas etc sometimes acquire mutations or errors that make them more prone to replication, because the errors may render the meme more conducive to a certain environment. These memes replicate, overshadowing the original, becoming rampant and even universally present. Something similar seems to have happened with the above meme on caste violence. The deception embedded within it, which completely inverts, twists and misrepresents the numbers, seems to have made the meme replicate itself throughout an environment that is congenial particularly to hoaxes, stereotypes and a skewed view of India.

The footprints of the meme today leave behind a trail that shows the spread and the extent (and even the contiguity and nexus) of the meme ecosystem that has provided a fertile conceptual ground and an epistemic susceptibility for the meme to breed itself. From evangelists and advocacy groups supported and funded by them, to Left-wing celebrity authors and media houses and even institutions like European Parliament, the meme seems to have had a long reach (with attempts also underway to further it to the United Nations - possibly to prepare the ground for sanctions against India?). The meme also shows how the discourse on caste violence today is not based on reason and facts but on prejudices, implicit biases and deeply entrenched theological and tautological theories to the extent that they can even blind international agencies and completely mask out empirical evidence.

Nihar Sashittal is an independent researcher with a keen interest in science, philosophy, and the study of Indian civilisation. He tweets at @niharss.