Attempt To ‘Change Its Character’ Or Diversification? JNU Is All Set To Begin Its First Engineering Course 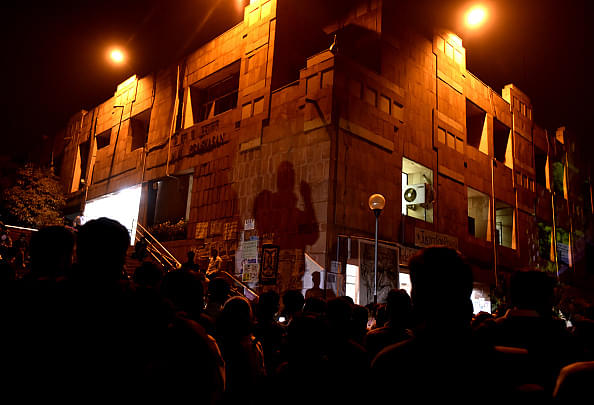 New Delhi's Jawaharlal Nehru University (JNU) is known for its aggressive student politics and a long list of bureaucrats and politicians it has produced. The university has always had a definite tilt towards arts and social sciences and a near-scorn for "industry and job-oriented" courses.

But all this could change. The university is all ready with its first ever engineering course. The admission process has begun and the first batch will join classes in July.

Professor Ramesh Kumar Agrawal, Dean of the new School of Engineering, is excited. An alumnus of the prestigious Indian Institute of Technology (IIT)-Delhi, Agarwal believes JNU would actually emerge as one of the best engineering colleges in India.

Agarwal has his reasons. "JNU was always ready for this course. Unlike many engineering colleges that have only a handful of permanent faculty members, JNU has a huge pool of specialised teachers on its campus already,” he said. Among others, most of the engineering faculty is from Special Centre for Nanoscience and School of Computer and Systems Sciences.

Though the new school plans to offer five streams in engineering in due course of time, the first batch would choose between computer science and electronics and communication. A total of 50 students would be admitted this year for the five-year dual degree programme. Admissions would be done through Joint Seat Allocation Authority 2018 [JoSAA-2018] based on the ranking in the Joint Entrance Examination (Mains).

Agarwal informed that the course has been designed after a series of consultations with premier engineering colleges across India including several IITs, but has retained "the flavour of JNU".

"It's a combination of technology and social science," said Agarwal. Essentially, the degree awarded would be Bachelors in Technology plus Masters in Technology or Masters in Science, but the students will have the options to study various other subjects as electives such as Korean Studies, Environmental Science, Computational Finance, Computational Linguistics and even humanities courses. "This is something that probably no other university in India is offering," he said.

The new school is a brainchild of vice-chancellor Mamidala Jagadesh Kumar, who was a professor of electrical engineering at IIT-Delhi before joining JNU in 2016. The idea was conceived last year, and it has taken more than a year to execute.

But as has happened with most decisions by Kumar, this one too has received strong criticism from the university's teachers' union and Left-backed JNU students union (JNUSU).

A common grudge is that the new school would change the "character of JNU" steeped in "social justice and democratic values".

Geeta Kumari, president of JNUSU, told Swarajya that the new school is "against what JNU stands for, which is research".

"JNU should focus on strengthening post-graduate and advanced courses, and not waste resources on under-graduate courses,” she said. So far, JNU offers under-graduation courses only in languages.

Kumari further said, "It's an attempt to change the character of JNU."

This is a sentiment echoed by faculty members. "Creating people with critical thinking has been the mandate of JNU. This will be at stake when it diversifies by starting industry-oriented and job-oriented technology courses," a newspaper report recently quoted an unnamed senior faculty member as saying.

However, pro-vice chancellor Satish Chandra Garkoti (his official designation is Rector 2) disagrees. "This new course will not be in competition with other courses," he said. "We are only drawing on JNU's existing strengths."

“India’s universities have a deep-seated problem that they don’t offer diversity. This is one of the reasons why Indian universities fail to make a presence in global rankings. We are making an attempt at multi-tasking. This should be welcomed,” he said.

He also informed that the university is next coming up with a Master of Business Administration (MBA), which is expected to take its first batch next year.

The students' union has also expressed reservations about the infrastructure for the new course, arguing that the university is pressed for funds and won't be able to provide hostel and other faculties to students. But Agarwal allays the fears. "All we need is two classrooms and a laboratory, which we have. There is always resistance to new ideas but we are determined to work it out," he said.

An "instrumentation centre" near the Administrative Block which was until now used as a workshop is being converted into classrooms and laboratory.

"We are confident that we will be able to provide all the needed faculties to students, including placement on campus," said Agarwal.