How Modi 2.0 Can Complete The Healthcare Mission It Started In Its First Term 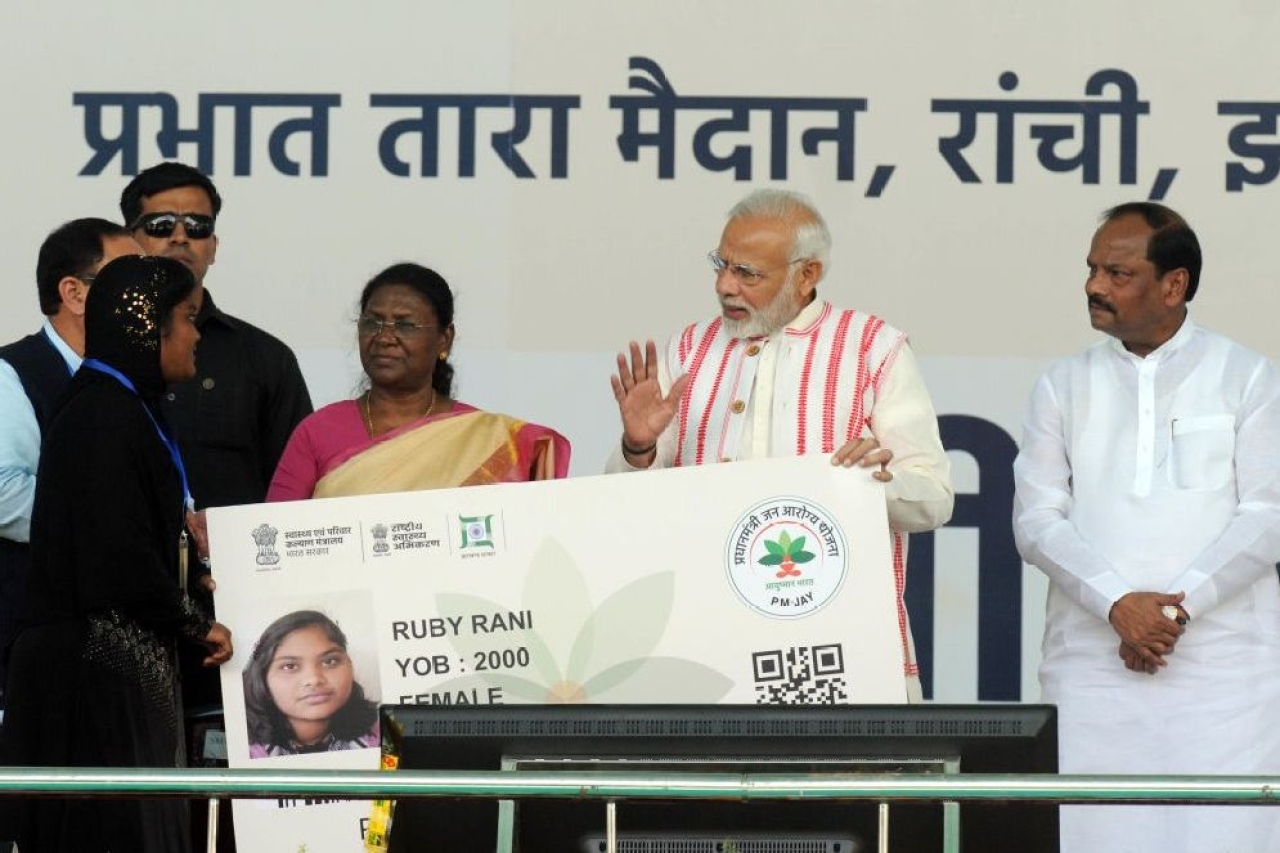 Over the last couple of years India has become an attractive destination for medical tourism and a major reason behind this is the excellent quality of healthcare at a competitive rate. The High-Level Advisory Group (HLAG) has prepared an extensive roadmap to further leverage India’s healthcare strengths in order to boost our medical tourism.

However, despite India’s excellent quality of doctors and paramedics, the country continues to suffer from an acute shortage of healthcare providers. Estimates suggest that we lack 600,000 doctors and 2 million nurses.

The shortage is starker when we look at the number of hospital beds that are available for inpatient care with one bed per 2,046 people. It is only natural that such shortage is more evident and acute in rural areas than in urban centres.

If we look at specialised doctors, then these statistics become all the more worrying, especially for rural areas. This suggests that while India is indeed an attractive destination for medical tourism Indian citizens are yet to get access to quality healthcare, and therefore, there is a need to reform our healthcare system.

In many ways, some of these reforms have already been initiated and there does appear to be a comprehensive strategy towards addressing the healthcare challenges.

For a vast population and diverse country like India, a rapid expansion of healthcare professionals is indeed difficult as it may have an adverse impact on quality. Therefore, the solution to India’s current healthcare challenge must be technological in nature and require a greater thrust on preventive healthcare to reduce the disease burden.

On both these fronts, we see the government make considerable progress. An important factor worth considering is the success of Ayushman Bharat in reducing the out of pocket expenditure on healthcare.

The fact that nearly one third of India’s poor were pushed back into poverty precisely because of healthcare expenditure illustrates how Ayushman Bharat was desperately needed.

The programme has already been hailed as a success as it is functioning as one of the world’s largest cashless, paperless and hassle-free healthcare system with 50 crore citizens enrolled in the scheme. At present, it has a network of 18,059 hospitals, and it has already benefited over 44 lakh people.

As a part of the Ayushman Bharat programme, the government plans to set up over 1.5 lakh health and wellness centres. These centres will further focus on preventive healthcare thereby playing a critical role in reducing the disease burden.

Further, as the burden of chronic diseases increases, we will need these centres to play a proactive role in management of diseases thereby making them a critical part of India’s public healthcare system.

The investment in these health and wellness centres will ensure that we augment the necessary infrastructure that can cater to our growing population which will start ageing over the next couple of years.

The other aspect of preventive healthcare is the impact of related programmes of government such as Ujjwala and the Swachh Bharat mission. It is known that a major reason for diarrhoea is lack of adequate sanitation facilities.

With over 11 crore toilets constructed under the Swachh Bharat mission, the burden of diarrhoea is likely to reduce significantly.

Another similar issue is to do with asthma and other lung disorders caused by indoor air pollution due to lack of improved cooking fuel.

Ujjwala has changed this as it has provided for over 8 crore LPG connections. That these two programmes will have a spill over effect in terms of improving health outcomes is now well regarded.

An important tech-intervention that can prove to be of immense value would be to create an online platform linking all schemes with the Aadhar platform. Doing so will create a centralised database with the Aadhar identification cards which can be then facilitate a more transparent transfer of healthcare subsidies.

At present, many IPD services have their own platforms, where they record the patient information.

The centralised online database will ensure that hospitals can enter the Aadhar details to see the relevant healthcare schemes that cover the individual. This is like the Ayushman programme where it facilitates a paper-less and hassle-free system.

The only difference is to extend it to cover everyone, thereby creating a comprehensive national mapping of individuals with the government schemes for which they are eligible.

In contrast, private sector comprises of 81 per cent of doctors and it remains as the primary source of healthcare for a major proportion of Indians.

NHFS-4 only reinforces the fact that more Indians rely on private sector for their healthcare needs. Post introduction of Ayushman, this statistic is only likely to increase further as those eligible now have a mechanism for financing healthcare at private hospitals.

It is important to recognise that while India’s government expenditure on healthcare may be low but government and private healthcare expenditure amounted to 3.89 per cent of the gross domestic product (GDP) in 2017 (National Health Account Estimates for India).

However, increasing the expenditure by government is likely to free up further the private healthcare expenses which would be then utilised productively elsewhere in the economy.

But resources are often scarce and while it may be ideal to increase government’s expenditure on healthcare, what is more important is to optimise our current expenditure on our numerous health programmes.

In order to achieve this, we may have to consolidate our healthcare expenditure from the numerous programmes that exist.

It is important to recognise government’s resource constraints and therefore, healthcare expenditure should be guided by the considerations of generating the maximum improvement in healthcare outcomes.

The NITI Aayog has already started monitoring the progress in health outcomes across states using its health index. Over the next couple of years, India would have to use a data-driven approach to prioritise its expenditure in healthcare to generate the maximum returns.

The next five years will reveal the true extent of the health impact of some of the flagship programmes of Modi 1.0 be it the Ujjwala or the Saubhagya programmes.

This will make for an interesting study on the efficacy of preventive healthcare and its financial implications going forward.

It is, however, equally important to build on these programmes and initiate the necessary policy interventions that would further consolidate these benefits.

India faces several healthcare challenges — some were dealt with in Modi 1.0 and we are hoping that through the right policy interventions, Modi 2.0 deals with the rest.

Dr Kanupriya Bajaj is a budding Delhi-based doctor, who shares her interests in healthcare management and maternal and child health. Karan Bhasin is a political economist by training. His areas of interest are political economy, macroeconomy, law and economics,and institutional economics. He tweets at @karanbhasin95.