How Social Security Programmes Got A Leg Up Under Modi Government 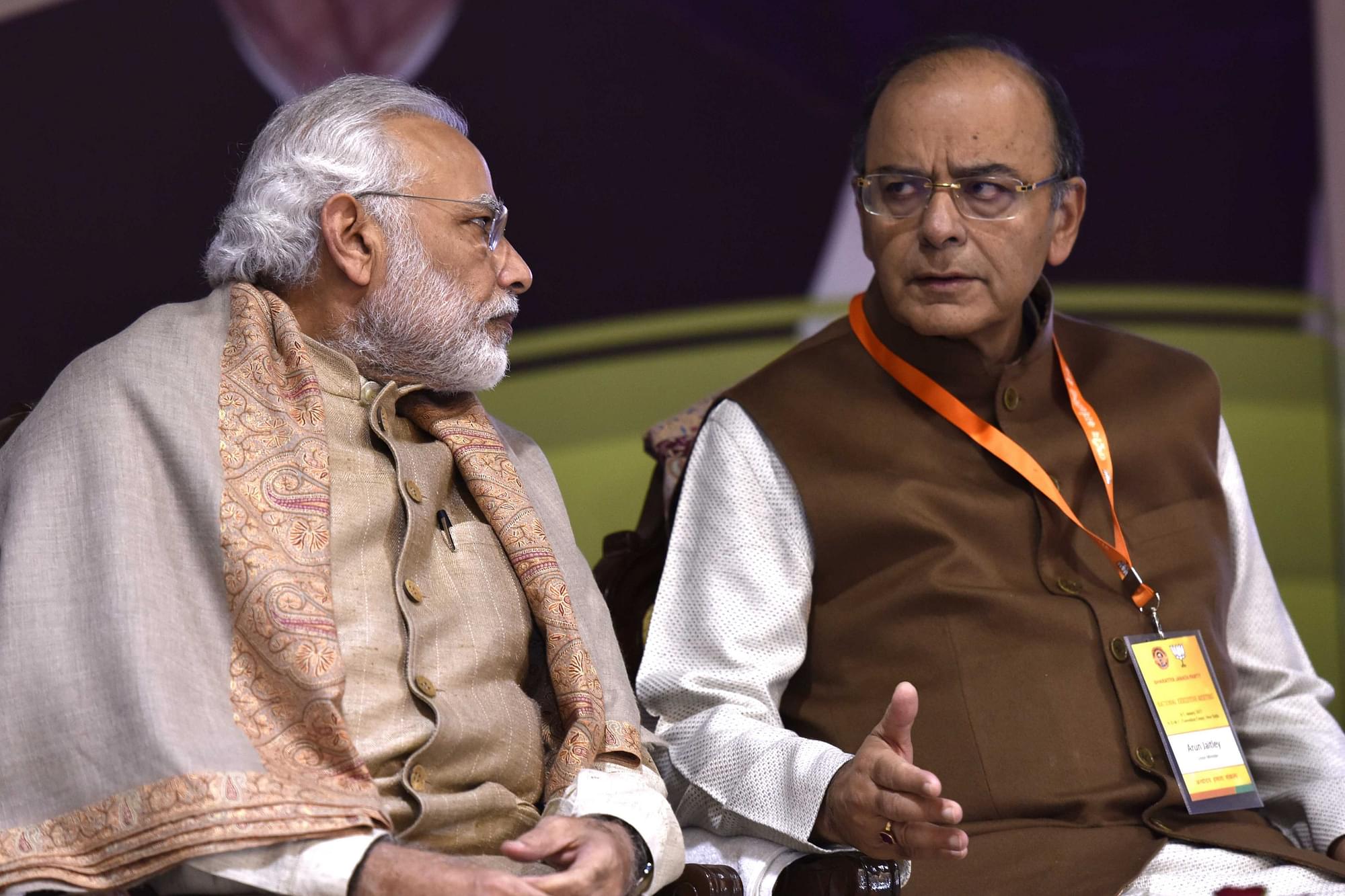 Social security – it is a phrase generally detested by India’s economic right – the segment which wants a fiscally conservative government in the country. A lot of the new conservative thinking in India comes from the American literature and ideology, where social security and healthcare architecture has been in a disarray. Indeed, even in India, the Employee Provident Fund Office (EPFO) under the Labour Ministry has its own design issues.

The first term of the Narendra Modi government saw a different approach to creating social safety nets. Given that a large part of India’s economy is unorganised, and a large chunk of that is informal, the EPFO (and Employees’ State Insurance Corporation or ESIC) driven safety net anyway was restricted for just about two to three crore organised sector workers, the Modi government approach was to create more specialised and targeted safety nets.

The biggest of the directed social welfare measure has been Ayushman Bharat. The healthcare programme, which enrols almost 50 crore people, identified based on the 2011 socioeconomic census data, brings affordable healthcare to the doorsteps of those who most need it.

In about six months since the programme was launched in September on the birth anniversary of veteran nationalist leader Deen Dayal Upadhyaya, more than 15 lakh patients have availed of free treatment under the programme.

Enrolling the right beneficiaries under the programme is not an easy task given the volume. Currently, 2.5 crore registrations have happened and corresponding e-cards issued. The government is actively using common services centres (CSC) as well as desks in main hospitals to expedite the process.

Empanelment of hospitals under the programme is another tough ask. Currently, more than 15,000 hospitals are enrolled in the programme. In the first six months, more than two thirds of the patients went to eligible private hospitals for treatment.

With Ayushman Bharat, India embraced a single payer system, at least for a part of the population. Insurance based healthcare has its own problems, and healthcare spends had emerged as a major irritant for large sections of society. While the programme is not yet providing universal coverage, it will greatly reduce the financial stress for the most needy.

The programme also aims at establishing 150,000 wellness centres around the country. These centres will mainly be used for screenings and primary care, reducing burden on overcrowded hospitals and speciality care centres. More than 1 crore people have used wellness centre facilities so far.

Another safety net that the Modi government created in the 2019 Budget was the Shramyogi Man-dhan Yojana. Given the huge number of unorganised, even informal sector workers in India, there is no way to create a pensioned society without specific government intervention. This programme addresses the pension issue. Participants in this programme can self-select and enrol for a pension to be paid after 60 years of age – the amount fixed is Rs 3,000 per month.

Workers can contribute between Rs 55 (at 18 years of age) and Rs 100 per month towards their pension provision. This contribution will continue till they attain the age of 60 years. Government will provide annual grants to maintain a corpus for monthly payments to about 10 crore individuals.

As the formalisation in the economy increases, these individuals will become part of the EPFO structure. The programme is off to a rapid start, with Haryana leading the race to enrol beneficiaries in the first month.

Sukanya Samriddhi Yojana was started by the government early on in its tenure. Recognising that in several parts of India, the girl child is being looked upon as a liability, the Modi government decided to supplement the social change movement with economic incentives.

The programme encourages parents and guardians of the girl child to save regularly for her education and marriage. Part of the larger Beti Bachao, Beti Padhao programme, the contributions get income tax benefits as well.

The bank account under this programme can be opened for girl child under 10 years of age and it is open for all resident Indian girls. The deposits can range between Rs 250 and Rs 150,000 and need to be made for maximum of 14 years. The government pays a preferential interest rate of 8.6 per cent, revised annually, for such deposits. The money accrued is paid directly to the girl child once she attains 18 years of age.

The Atal Pension Yojana was introduced by the government in 2015, again targeted at the unorganised sector workers. This programme has seen an enrolment of 1.5 crore subscribers since the launch. Participants can join between the age of 18 and 40 years, and get between Rs 1,000 and Rs 3,000 per month in pension, depending on the contributions and age of joining.

In 2015, the Modi government also launched two other insurance programmes. The Pradhan Mantri Jeevan Jyoti Beema Yojana is for subscribers between 18 and 50 years of age. An annual premium of Rs 330 is payable for this programme. The insurance coverage is Rs 200,000. Most banks offer auto-debit and enrolment facilities for this programme, with yearly premium payment.

The Pradhan Mantri Suraksha Bima Yojana was launched to cover for death and disabilities due to accidents. Participants can avail of the programme while being 18 to 70 years of age. The annual premium is set to only Rs 12. In the event of death in an accident, the cover payment is Rs 200,000.

In case of permanent disability, the cover payment is again Rs 200,000. Partial disability cover is set to Rs 100,000. Most banks allow direct debit and yearly premium payment facility for this programme.

India is a relatively young country, and will enjoy the demographic dividend for at least three more decades. However, as parts of the society begin to age, the financial strains accentuate. The government launched the Pradhan Mantri Vay Vandana Yojana, which helps senior citizens in better financial planning. Senior citizens get a fixed 8 per cent return for 10 years for their deposits up to Rs 1,500,000 under this programme. They are eligible to join until 2020 and participants also get financial advice as part of the programme.

These programmes have been made possible on account of the JAM trinity – Jan Dhan Yojana, Aadhaar and Mobile.

When in 2014, Prime Minister Modi announced the Jan Dhan Yojana to encourage all Indians to get bank accounts, his efforts were lampooned by several commentators, finding operational flaws. Five years on, this financial inclusion effort has emerged as the ‘pole star’ of India’s social safety net.

Having bank accounts linked to Aadhaar was a boon in terms of unique beneficiary identification and undertaking targeted cash transfers. This help not just in de-duplication of beneficiaries availing different schemes, but also in ensuring that middlemen were cut in the operational chains.

Increased mobile penetration in the country has helped in simplifying workflows for participants, especially those who often fear approaching a bank or government offices as paperwork puts them off. One time password (OTP) is perhaps the most commonly used three-word phrase in India today.

The best part is that all this has been achieved in just under five years, and in the face of tremendous scrutiny by government’s supporters and detractors alike. As of now, the government has also managed to balance the budgets, reducing India’s current account deficit progressively.

With time, as the economy formalises, the society ages, and the technology to administer these programmes improves, the government can look at making design changes to balance social good with fiscal rectitude.