How To Free Our Temples From Government Control – Plan B 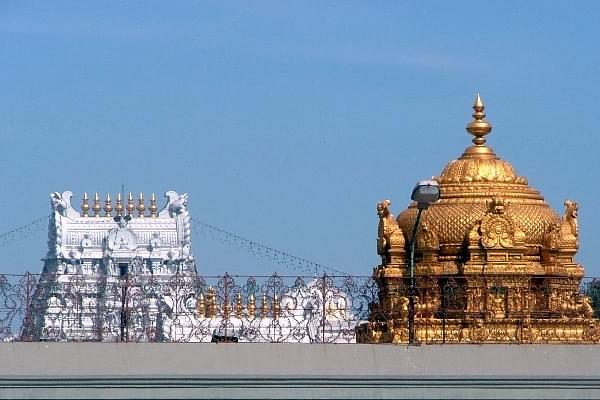 While I have written previously about the current ruling party failing to 'free our temples’ of government 'control', on this very platform, my reading as well as a few conversations over the past few months have led me to rethink my position on this issue.

‘Freeing temples from government control’ is an important cause for the Hindu Right. Let us first examine the phrase. The Hindu Religious and Charitable Endowments (HRCE) Act was first passed in Tamil Nadu (then Madras) and slowly spread in different forms to other southern states like Karnataka, Kerala, united Andhra Pradesh, and in a rather perverse manner to Maharashtra. When people use the phrase ‘freeing our temples from government control’, they usually mean freeing the temples from the control of the respective state governments, where the leadership has become gradually anti-Hindu over the years. This is a very legitimate cause to support and concern to have.

My contention, however, is that the demand in its current form will never be fulfilled. It needs to be restructured to reflect the socio-political realities of the republic, the nature of the relationship that our temples had historically with the state, and needs to be aligned with the political aims of the only available medium to implement this demand – the Bharatiya Janata Party (BJP).

The first step here is to break the original demand into smaller ones and present them under the operative vision of 'effective temple administration’. Now, each demand under this head needs to be tailored for different levels of government. I will proceed to do the same, focusing on Karnataka, and in that, the district of Mysuru.

But before we proceed to do that, we also need to be sure about the messaging. There should not be a person from the upper castes (Brahmin, Baniya or Kshatriya) leading this movement. The structuring should be one wherein a Shudra or a Dalit leads it with other castes being represented at the very next level.

Having that said, let us now proceed to dividing the original demand into smaller ones.

Overhaul The Administration Of Tier 1 Temples On Somnath Temple Model

Many readers would know that the Somnath Temple in Gujarat is administered by a trust with equal representation in the board from the Gujarat state government and the government of India. Members of the board are members for life, and include Prime Minister Narendra Modi, BJP president Amit Shah, former deputy prime minister Lal Krishna Advani, former Gujarat chief minister Keshubhai Patel, and a few others. The trust monitors the functioning of the Somnath Temple and many other temples in the region, and is also funding the construction of a grand temple of Shri Rama, according to a profile in The Indian Express. No revenue from the Somnath Temple whatsoever goes to any government.

Temples whose administration can be reorganised in a similar manner include the Kashi Vishwanath Temple in Varanasi, the Jagannath Temple in Puri, the Venkateswara Temple in Tirupati, the Ranganathaswamy Temple in Srirangam, the Kukke Subramanya Swamy Temple in Kukke, the Siddhivinayak Temple in Mumbai, and the Vitthal Temple in Pandharpur, Maharashtra.

Modifications to such an organisational structure can be made, tailored to the needs of various shakti peethas and jyotirlingas, etc, by creating a Jyotirlinga Trust and/or a Shakti Peetha Trust. Another way to go about it would be to create a trust in the name of one important temple within a tradition and assign the responsibility of the other temples to the deity within the tradition, to that trust. For example, the Sri Ranganathaswamy Temple Trust can also be entrusted with administering the Adi Ranga and Madhya Ranga temples in Karnataka as well as the Biligiri and Holalkere Ranganatha temples. (Thanks to Shri @yenkak for pointing me to Sri Somanath).

One proposal that deserves debate is whether to have a separate ASI-like body for Hindu religious structures, keeping in mind the need to continue or restore worship in ASI-administered temples. Other essential reforms that can be proposed include the need to involve local communities in the administration of the temples, which follow the Sri Dharmasthala Manjunathehwara (SDM) model for jeernoddhara (repair and restoration of worship in temples). Here, the ASI-like body contributed around 40 per cent of the total cost, with the local community being tasked with bringing in the rest. The government of India can chip in by allowing contributions from corporate social responsibility (CSR) funds to be used for the restoration.

The next step would be calling for a special wing to be created under the Central Bureau of Investigation in close collaboration with the Ministry of External Affairs for bringing back stolen idols and other artifacts. Following this, it should be ensured that the idols are returned to their respective communities and their ritualistic worship revived. Currently, scores of idols brought back by the efforts of Prime Mnister Modi, including the ones from the district of his birth, haven’t been returned to the original temples due to bureaucratic delays.

Such an approach needs to be brought to the attention of the political establishment as something which will not only be popular (among the voters) but also bring about long-term changes in the Hindu society. If necessary, arguments like some archakas (temple priests) indulging in graft can also be added to strengthen the case for reform. What needs to be stressed is that this is a step which will restore the right way of worship in these temples, something which deteriorated under more than thousand years of foreign rule and 70 years of independent India.

Part 2 will cover state and local level measures. The author hopes to hear constructive comments and can be reached at shreyas.bhardwaj.14bc@bml.edu.in

Great Hypocrisy Of “Secular” Indian State: It Controls Only Temples; We Must Take Them Back

Severing The State From The Temple