In These Exponential Times, Search For An “Indian Dream” Continues 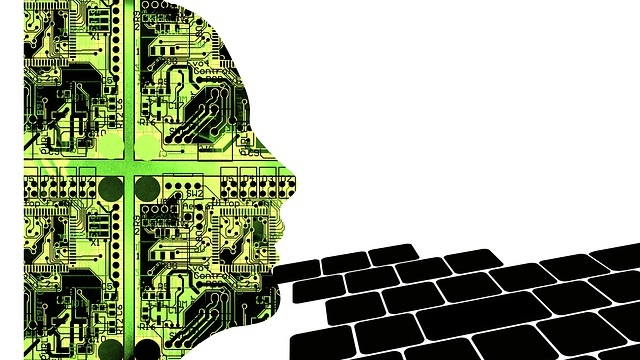 With the advent of artificial intelligence and other factors, it is estimated that human knowledge is doubling every year.

There are over two trillion search queries on Google a year, up about tenfold from 2006. It makes one wonder who responded to these questions in the Before Google era! In 1982 (no World Wide Web, no mobiles!), inventor and futurist Buckminster Fuller created the “Knowledge Doubling Curve” which theorised that human knowledge doubled every century till 1900, and every 25 years by the end of Second World War in 1945, but now with the advent of artificial intelligence, nanotechnology, genomics and a host of new knowledge with differential rates of growth, it is estimated that human knowledge is doubling every year. And according to IBM, the “internet of things” can accelerate the doubling of human knowledge every 12 hours!

We are clearly rapidly moving away from a linear progression to an exponential progression of knowledge. Terms like “exponential times” are replacing “knowledge economy” in the lexicon of those looking at these trends. This exponential progression of knowledge is giving rise to the so-called Fourth Industrial Revolution that fuses the physical, digital and biological worlds – “Ubiquitous, mobile supercomputing. Intelligent robots. Self-driving cars. Neuro-technological brain enhancements. Genetic editing” and many more domains including law and media. Not to speak of space exploration.

We are seeing more than just demonstrations of the capabilities available.

On 6 December last year, Google’s artificial intelligence programme, AlphaZero, crushing victory over Stockfish, the highest-rated chess engine was characterised thus: “This would be akin to a robot being given access to thousands of metal bits and parts, but no knowledge of a combustion engine, then it experiments numerous times with every combination possible until it builds a Ferrari. That's all in less time that it takes to watch the "Lord of the Rings" trilogy. The program had four hours to play itself many, many times, thereby becoming its own teacher” and, according to GM Peter Heine Nielsen, the long time second of World Champion Magnus Carlsen “.. I always wondered how it would be if a superior species landed on earth and showed us how they play chess. I feel now I know.”

In October 2017, Google’s AlphaGo Zero learnt 3,000 years of human knowledge in just 40 days by independently finding game principles, a breakthrough hailed as one of the greatest advances ever in artificial intelligence, with the machine showing “genuine moments of creativity” and “no longer constrained by the limits of human knowledge”.

The Chevy Volt car has over 10 million lines of code more than the F-35 fighter plane while the Tesla Model S has only two manually operated controls. The company Plenty uses cutting-edge LED lighting, micro-sensor technology, and big data processing to deliver higher-quality produce for pricing as good or better than what consumers pay today, while Impossible Foods makes “burgers from plants for people who love meat”. Last year, Microsoft announced a plan to “cure” cancer in 10 years by reprogramming diseased cells.

Similar combinatorial technologies and techniques – physical, digital and biological – can be applied to other problems such as protein folding (responsible for diseases like Alzheimer’s, cystic fibrosis and Parkinson’s), reducing energy consumption or searching for revolutionary new materials, agriculture, creating and delivering education and learning, clean water, waste management, housing and building material, communication, transportation, devices, nutrition and healthcare. The resulting breakthroughs have the potential to drive forward human understanding and positively impact humans.

In the knowledge economy, that is, in “exponential times”, the key to the destinies of countries and peoples is, well, knowledge. Just as access, management and control over physical natural resources determined the geopolitics, socio-cultural and economic trajectories of countries over the last 150 years. Knowledge capital – comprising patents, data, software, intangible assets like deep domain expertise and processes – is the currency of this knowledge economy. Exercising this currency will produce disproportionate leverage to a country in its geopolitics, economics, soft power and importantly, control over its security requirements.

The developed countries have a long tradition of well-funded, future-facing institutions that have strong linkages with industry, global bodies, startups, government – universities, research laboratories, think tanks – that foster knowledge creation, development and dissemination. They create (and persuade others to follow) standards to ensure minimal friction in the adoption and absorption of their knowledge systems.

Unsurprisingly, the developed countries are investing heavily to be serious players in the knowledge economy. For example, in December 2016, the White House released a report on the ways artificial intelligence would transform the United States (US) economy in the coming years and decades that followed an October 2016 report, “Preparing for the Future of Artificial Intelligence”. Back in 2013, the Organisation for Economic Co-operation and Development (OECD) identified knowledge-based capital as the new source of growth.

China is powering ahead to realise its dreams. Realising the importance of being a powerful player in the knowledge economy of the twenty-first century, it declared in July 2017 that it would create a $150 billion domestic artificial intelligence industry that includes “smart cities” and “smart infrastructure”. Russia and China announced recently commitments of over $12 billion to joint programmes in innovation and high-tech projects. It is important to realise that these aren’t provider-recipient relationships but joint programmes for development and dissemination.

So, where does India fit in all this?

In 2005, then finance minister P Chidambaram announced in his budget speech, “On January 6, 2005, the prime minister spoke about his intention to set up a Knowledge Commission to look into the issue of building quality human capital. The government believes that investments in institutions of higher education and research and development (R&D) organisations are as important as investments in physical capital and physical infrastructure. What we need are world class universities and we must make a beginning with one institution.”

He then went on to announce Rs 100 crore for the Indian Institute of Science. Perhaps for the first time, an Indian finance minister had actually acknowledged and acted upon the need for developing knowledge as an instrument for achieving national goals. It was also an acknowledgment of the fact that for India to find its place in the sun in the years to come, knowledge-based excellence was mandatory. Sadly, like all such announcements, nothing much came out of it. The Vishwajeet scheme to upgrade the Indian Institutes of Technology to world-class institutes was a non-starter. Specific goals and outcomes with accountability, deliverables and timelines are sacrificed at the altar of lofty rhetoric. Meanwhile, Indian students spent $6.5 billion (more than US foreign direct investment into India!) in 2016-17 for studies in the US! Contrast this with China’s plan of having 42 educational institutions in the “world class” category by 2050.

On 28 February 1856, the government of India promulgated legislation to grant what was then referred to as “exclusive privileges for the encouragement of inventions of new manufactures”. On 3 March 1856, a civil engineer, George Alfred DePenning of 7, Grant’s Lane, Calcutta, petitioned the government of India for grant of exclusive privileges for his invention – “An Efficient Punkah Pulling Machine”.

On 2 September, DePenning submitted the specifications for his invention along with drawings to illustrate its working. These were accepted and the invention was granted the first ever intellectual property protection or patent in India! However, from then till now, the story of inventions and patents in India has been a long and sorry one: India filed just 1,423 patents in 2015 while the US filed 57,385, Japan 44,235, China 29,846 and South Korea 14,626.

Francis Gurry, WIPO’s director general, says, “Global intellectual property applications, like those of patents, trademarks and industrial designs, provide a good indication of the incidence and location of innovation. We see through this indicator that while the US maintains its premier position, the geography of innovation continues to shift and to evolve, with Asia, and in particular Japan, China and the Republic of Korea, forming the predominant geographical cluster.”

The US spends 2.7 per cent of its real GDP on R&D, Japan 3.58 per cent, OECD 2.03 per cent, China 2.1 per cent and India 0.85 per cent. And in the US, corporate R&D is larger than state-funded R&D while in India, corporate R&D is negligible. The 12,000 scientists and technical personnel employed in 38 CSIR Labs (and their 39 field research stations) form part of India’s largest R&D organisation. The tangible outcomes of the noble goals have yet to be seen though “1,376 technologies/knowledgebase were developed in the last decade of the 20th century”.

India is today a massive importer of technology-based products from defence (India is the world’s largest importer of arms) to telecom to energy equipment to medical devices to software. Each of these sectors offers a great opportunity for knowledge-based capital to create lower cost, innovative solutions for India and the world. If India is to be a credible and respected player in the knowledge economy of the twenty-first century, it cannot just be a proxy battleground for the American and Chinese and other companies to battle each other. The Industrial Revolution passed India by and left this country struggling with “not knowing what and not knowing how” to deal with the technologies, processes, metrics and standards required to be serious participants of the Industrial Age. With India’s rich pool of scientific and engineering talent (normalised for the quality of some of the talent!), the Fourth Industrial Revolution offers the real possibility for India to acquire and deploy “know-how” and “know-what” of the technologies that define this age.

The problem isn’t of funds. It is of mindset. It is of creating institutions that are cross-functional, free from political and bureaucratic interference, led and governed by technocrats chartered with a mission to deliver specific outcomes. India can be a provider of knowledge-based capital and products too, and in certain sectors, a preferred provider outside of India as well. For that to happen, a strategic vision, an “Indian Dream”, has to be forthcoming. It isn’t in sight.

India is known the world over for its remote-sensing satellites. India is also known the world over for its movie industry and its raucous energetic TV channels. The Rama Setu controversy is well-known. Yet it took the Discovery Communications-owned Science Channel to make a show on the Rama Setu using satellite imagery from National Aeronautic and Space Administration! Knowledge and expertise of our own people and institutions could have been deployed but wasn’t.

Knowledge has to be created, respected, regarded and given its due at the seat of authority. It has happened before with Dr Varghese Kurien (who created Amul), Sam Pitroda (who set off India’s telecom revolution in the 1980s), Nandan Nilekani (who established a digital governance foundation via UIDAI/Aadhaar) and E Sreedharan (“Metro Man”). Political, policy and administrative leadership must understand the importance of knowledge-based capital, technology and engineering in this century.

We can also choose the status quo, where capacity and capability are in short supply within the arms and institutions of the state. We can continue being a market for others to make money from, being strategically dependent on others’ knowledge-based capital for our material and strategic (that is, technology and solutions for defence, energy, hydrocarbon, telecom, etc) while continuing to demand recognition and respect from the world for our glorious ancient heritage.

Or, we embrace Saraswati as the embodiment of knowledge, learning, wisdom and Viswakarma, to convert knowledge into technology and engineering solutions. With the belief that only then will Lakshmi be part of every Indian’s lived experience of a yet-to-be articulated Indian Dream.

It is a choice we must make.