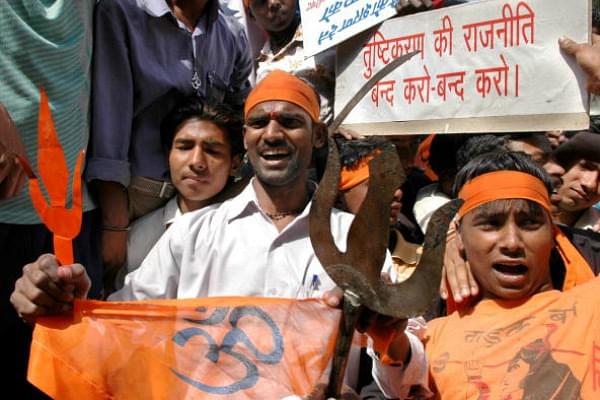 In a report published in November 2018, Swarajya showed through a detailed analysis that data portal IndiaSpend’s database on religious hate crimes in India is tailor-made to show Muslims overwhelmingly as the victims and Hindus largely as the perpetrators.

We looked at IndiaSpend’s data for six months of 2018. For each month, we listed a number of cases that the portal had left out where victims were Hindus. In total, we listed 35 such cases from English media and 23 from Hindi media.

After our report was published, IndiaSpend and its fact-checking arm, FactChecker, tweeted out a document listing their reasons for why most of the cases we pointed to did not meet their description of a hate crime. Its response said, “Of 35 cases-- 9 cases fit the description of a hate crime--as our methodology clearly lists. We have added these to our database. One case Swarajya pointed out was already recorded in the database, and so has been dropped. 2 cases have been put on hold: 1 has been referred to our advisors for adjudication, the other, owing to conflicting news reports of the incident, has been referred to a fact finding team.”

We will now show that IndiaSpend’s methodology is neither consistent nor logical, and is applied selectively based on the victim’s religious identity. We studied IndiaSpend's reasons for dropping the cases where victims were Hindus and found that it has altered its definition of a hate crime to consistently keep such cases out of its hate crime database.

Let’s take the Mewat case where a Dalit Hindu man accused a Muslim neighbour of beating him up using casteist slurs. The Dalit man said in his statement in the first information report (FIR) that his neighbour had been constantly pressuring him to convert to Islam. The case was picked up by a number of Hindi dailies and reported in detail by Swarajya and Newslaundry among the English-language publications.

When Swarajya pointed this case out to IndiaSpend, it responded saying, “News reports around this incident show conflicting information about the motive of the crime. While one says it was a matter of religious bias, the other says it was 'personal dispute'. A fact-finding team will visit the area to determine the facts of the case.”

Here, IndiaSpend is misrepresenting facts. If one reads the reports on the incident carefully, it emerges that it is only a police officer who mentioned “personal dispute” as a possible motive. The victim’s statement has been consistent, both in the FIR and to the media.

Readers can see that while in this case, the folks at IndiaSpend chose not to believe the victim, they have readily done so in cases where victims are Muslims or Christians even when the perpetrators are unknown.

Take these two cases, for instance, that IndiaSpend added to its database:

1. A Muslim man found to be smuggling buffaloes told the police he was attacked by men who said they were “gau rakshaks”.

In this case, IndiaSpend has not only readily believed a smuggler’s statement but also listed the perpetrators as “Hindus” even when they have not been identified. Curiously, when questioned about the basis of this assumption, IndiaSpend said “data on cow vigilante violence show the movement is driven by Hindus”.

“Data” here refers to IndiaSpend’s own database on cow-related violence. This is circular reasoning, and thus a logical fallacy.

2. Three Muslim clerics said they were assaulted on a moving train at night when they were returning to their village in Uttar Pradesh’s Baghpat from Delhi. “Why do you wear a rumaal (scarf),” one of their attackers allegedly shouted.

In this case, the mere word of the clerics was enough for IndiaSpend to add it to its hate crime database even when, as per its own admission, the perpetrators were unidentified. Here, IndiaSpend ignored the police’s statement that it is not clear whether the attack had communal links.

There are several other cases where the police dismissed communal motives – as is often the tendency of the police – but IndiaSpend still went on to add the cases to its database based on the statement of the victim, of course of the desired religious profile. For instance, the death of a minor boy in Delhi at the hands of minor children of the same colony.

As one can see, despite the clear attempts to suppress the identity of the perpetrators, it is quite evident that it was the Muslims who attacked kanwariyas, a fact reported by Hindi media without any cover-up.

But IndiaSpend not only concluded that the perpetrators ware “unknown” but also rejected the case for its inclusion in the hate crime database. Its reasons are given below. Curiously, the portal chose to cite not a primary source but a curated report by a portal, The Wire, that showed the case to be a “clash between kanwariyas and locals”.

1. Available evidence does not suggest a motivation partly or wholly based on bias against the victim's religion

2. This is not the only incident that the kanwar yatra led to, and many of them did not involve another community

As is obvious, it is IndiaSpend’s bias against Hindus that it has failed to see religious hate in this case. Compare it with another case that IndiaSpend has accepted, in which a Hindu group merely asked a Muslim group to clear the way for them. Asked why the latter is added to its database, the portal replied that it is because it “later aggravated and led to communal violence”.

This is a lie. No, asking for way did not aggravate the situation and lead to communal violence; the cold-blooded murder of a Hindu boy, Chandan Gupta, in the rally by a Muslim resident of the colony did. And if IndiaSpend studied the kanwariya case a little better, it would know that the stone-pelting incident also led to communal violence a day later.

As is evident from the cases, the portal’s methodology is not consistent and it systematically ignores data that isn’t suitable.

Another highly questionable reasoning for not considering the kanwariya case is that “this is not the only incident that the kanwar yatra led to, and many of them did not involve another community”. IndiaSpend seems to be suggesting that because kanwariyas have reportedly clashed with Hindu locals, too, the case in question cannot definitely be called a hate crime.

Here are some cases where IndiaSpend has ignored this line of reasoning:

1. When a Muslim buffalo thief was killed by a mob of Hindu villagers, IndiaSpend called it a hate crime, conveniently ignoring that there are cases where such mobs have killed Hindu cattle thieves, too.

IndiaSpend rejected a case where Muslims beat up a Muslim man named Babu Khan for participating in a kanwar yatra, saying the religion of both the victim and the perpetrator in this case is the same. However, IndiaSpend accepted a case where Hindus beat up a Hindu man over allegations that he had converted to Islam.

This is how IndiaSpend explains the exclusion of the Babu Khan case: “The case that did not make it involves a Muslim being beaten by members of his own community for the former's participation in a religious ritual different from his own. Both the victim and the alleged perpetrators had the same religious identity. So, this does not fit.”

This is how IndiaSpend explains the inclusion of the case where Hindus beat up a Hindu: “The case involves a man being attacked for converting to Islam. Despite the victim’s varying statements, bias against the actual (if converted)/ perceived (if not converted) religion of the victim appears to have motivated the crime.”

Note the attempt to play with words to hide obvious religious hate in the first case. If IndiaSpend weren’t this Hinduphobic, it would read the multitudes of reports available to know that Muslims stopped Babu Khan from even entering the mosque, taunting him that he should instead go to a Hindu temple, clearly establishing their extremist thoughts and hate for Hindu rituals.

In addition, IndiaSpend ignored at least two cases where Muslims gave death threats to fellow Muslim men for converting to Hinduism. The cases can be found here and here.

1. A Muslim youth was assaulted by four Hindu men over a parking dispute

2. A Muslim man was beaten to death for dirtying the area near a temple by “unknown” perpetrators

3. A Hindu man was attacked with knives and rods by a group of Muslim men for opposing speeding on a road

As expected, IndiaSpend rejected the third case but accepted the first and the second.

For the first, it said “the alleged perpetrators and the victim were strangers, and there appears to be no reason for the attack besides a parking dispute. In such cases, as projects globally do, the attack is assumed to be partly/wholly motivated by bias against the victim’s religion”.

For the second case, IndiaSpend gave the same reason as in the first.

But for the third, it simply said: “available evidence does not suggest a motivation partly or wholly based on bias against the victim's religion”.

See a pattern? The reasoning applied in the first and second cases has been completely ignored in the third, where the condition of the victim and perpetrator being strangers is fulfilled.

Thus, it’s safe to assume that IndiaSpend thinks of Hindus as religious fanatics because it’s only in the case of Hindu perpetrators that the portal ascribes a religious hate motive.

As we have now shown in some detail, IndiaSpend’s database is highly flawed, its methodology consistently Hinduphobic, and its conclusions designed to push minority (particularly Muslim) victimhood.

What really is the motive of IndiaSpend to peddle such a narrative is the question.

This puzzle was solved last week when its data was officially endorsed by the Congress party for propaganda against the ruling Bharatiya Janata Party at the Centre just months ahead of the general election.

It’s to be noted that the founding trustee of IndiaSpend, FactChecker’s parent organisation, is the Data Analytics head of the Congress.

What, however, still remains a puzzle is why news publications claiming to be politically neutral are endorsing it. In the last few weeks alone, the database has been cited by Scroll, Quint, The Indian Express, and The Washington Post, among others.

Shoddy journalism, Hinduphobia, or open support for a political party?