JNU Is Beyond Hope, But Ashoka And Krea Can Learn From New University Of Austin 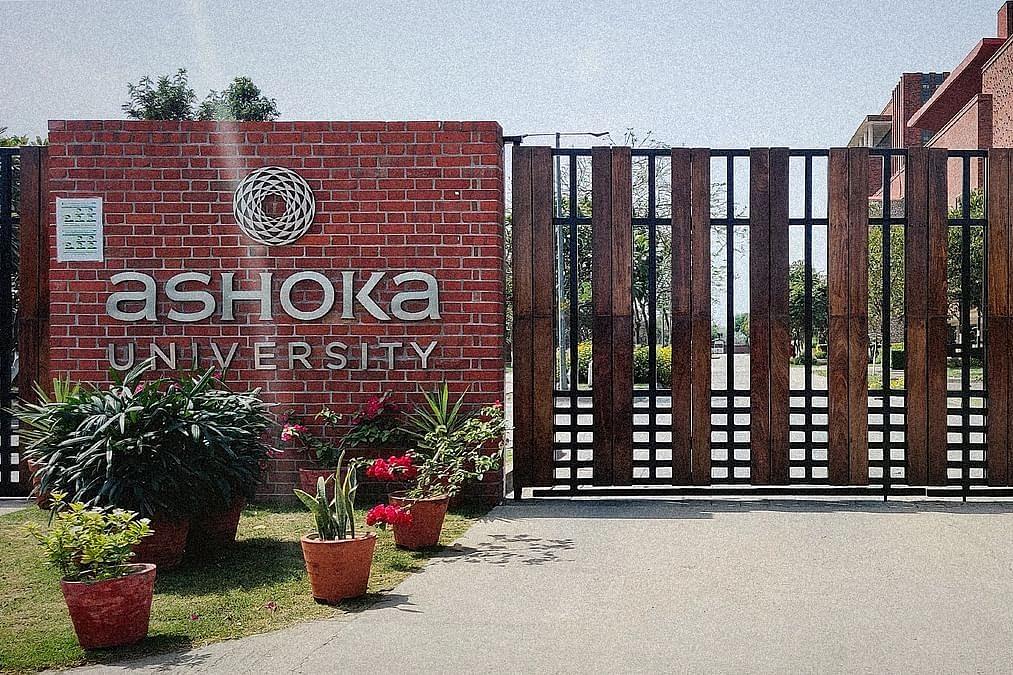 Can woke, taxpayer-funded academic institutions like Jawaharlal Nehru University (JNU), or even the University of Delhi, be rescued from the clutches of an illiberal Left cabal?

The answer is probably not. And it was with the idea of creating true liberal arts universities that privately-funded institutions like Ashoka and Krea were set up. But the early indications are that they too are no less susceptible to left capture than a JNU, as we saw recently when the promoters sought the exit of Pratap Bhanu Mehta. Suddenly, cries of “academic freedom under threat” went up in the elite echo-chamber, but luckily most ordinary people ignored their cries, and not much damage was done. But the problem of woke capture has not gone away (Read what the problems at Ashoka and Krea are here and here)

Signals from the United States of America, where too Ivy League institutions have been captured by the woke and the illiberal, indicate that established institutions no longer have the capacity to reinvent and reform. And some intellectuals, broadly identified as coming from the Right, have given up the struggle for truth in such institutions and set up a new University of Austin in Texas, which will, for starters, offer only courses banned in woke universities, followed by a one-year master’s programme in entrepreneurship and leadership.

It is only after this happens that normal four-year liberal arts degree programmes will be added. These programmes will include, to use the words of Niall Ferguson, one of the university’s backers, “two years of study (consisting) of an intensive liberal arts curriculum, including the study of philosophy, literature, history, politics, economics, mathematics, the sciences and the fine arts. There will be Oxbridge-style instruction, with small tutorials and college-wide lectures, providing an in-depth and personalised learning experience with interdisciplinary breadth.” The idea is to teach students how to think, not what to think.

Ferguson notes that freedom of thought is rapidly vanishing from US campuses. “Trigger warnings. Safe spaces. Preferred pronouns. Checked privileges. Microaggressions. Antiracism. All these terms are routinely deployed on campuses throughout the English-speaking world as part of a sustained campaign to impose ideological conformity in the name of diversity. As a result, it often feels as if there is less free speech and free thought in the American university today than in almost any other institution in the US”.

Clearly, the wokes have left conservative academicians and non-political intellectuals no space in traditional degree colleges and universities like Harvard, Yale or Stanford, among others. As Pano Kanelos, founding president of the new university (UATX, not to be confused with the University of Texas at Austin), notes on the institution’s website: “We are done waiting for the legacy universities to right themselves. And so we are building anew.” The university has set itself the lofty goal of dedicating itself to “the fearless pursuit of truth” in a political context where cancel culture and exclusion of intellectuals with minds of their own are the norm.

Kanelos says that higher education in the US is broken and needs new ideas and institutions to meet the new challenges. He lists several intellectuals, academicians and journalists among his university’s backers, including Niall Ferguson, Robert Zimmer, Larry Summers, Steven Pinker, Jonathan Haidt, Glenn Loury, Andrew Sullivan, Tyler Cowen and Ayaan Hirsi Ali, among others.

The big question is: what if the new university falls into the same trap that the mainstream ones did in pursuit of large donations and a student population that is willing to pay high fees?

Niall Ferguson says its very governance structure will be used to prevent capture by illiberal forces. In a Bloomberg article, he writes: “The Chicago principles of freedom of expression will be enshrined in the founding charter. The founders will form a corporation or board of trustees that will be sovereign. Not only will the corporation appoint the president of the college; it will also have a final say over all appointments or promotions.” (Italics mine).

Clearly, this is vital. The reason why Ashoka and Krea went wrong was precisely this: the founders, all wealthy and business-literate, did something they would never do in their own companies or organisations: recruit CEOs or senior managers out of tune with their own values and goals. In the cases of Ashoka and Krea, the founders recruited academicians to senior positions without any checks and balances, all in the name of academic freedom.

There is a saying that he who pays the piper calls the tune, but in mainstream academics the only job of the donor seems to be to keep paying people who are ever willing to bite the hand that feeds them.

While taxpayer-financed JNU may be beyond redemption, institutions like Ashoka and Krea still have the leeway to rejig their accountability structures if their founders insert clauses like the ones UATX is putting in place to ensure that genuine diversity and freedom of thought is the norm. The Left-illiberal gang will scream blue murder, but let them do so. They can bark, but they don’t have enough teeth to bite.