Lessons From Singapore: What Nation-Building Means For Counter-Terrorism 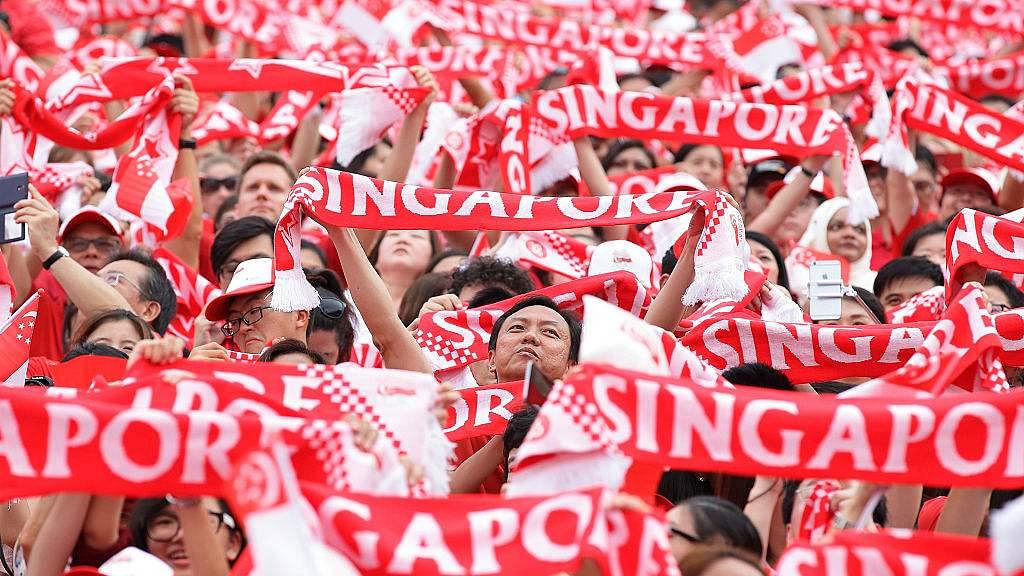 With the world's attention on counter-terrorism firmly held in the Middle East and Central Asia by ISIS, al Qa'ida, and the Taliban, Singapore appears an unlikely and distant theatre in the global struggle against terrorism. Yet globalisation has come to terrorism too, and the tiny Southeast Asian city-state sits amidst a sea of threats from several regional and international groups. To combat this emergent danger, Singapore has evolved its own unique procedures that are philosophically interesting and may hold lessons for the rest of the international community.

At a conference on counter-terrorism hosted by the India Foundation in Delhi last week, Singaporean Minister of Home Affairs Kasiviswanathan Shanmugam explained some of the novel methods his country employs to counter the scourge of terrorism to an audience of experts and dignitaries from Israel, Russia, France, Britain, and several other countries. Shanmugam does not see the response to terrorism as neatly bifurcated into governance and enforcement, nor does he see the two as an either/or choice. Of course, Singapore broadly applies the carrot-and-stick principle but the degree to which the city-state demands its citizens to take responsibility and be partners in counter-terrorism is astonishing...at least in an era of irresponsible blame games, scare-mongering, and increasing anomie.

The core value for any Singaporean government, from which all policies derive their legitimacy, is that they are all Singaporeans. The state guarantees the safety, security, and freedom of religion to all citizens and treat them with equality, accepting differences and manage ethnic and religious differences; citizens are taught from school that xenophobia and majoritarianism cannot be allowed to override the guarantee of protection to the minorities. So far, these sound like the tenets of Western liberalism but for these principles to succeed, Shanmugam reminds us, there must be active integration of all communities into the national whole. Among the foremost harbingers of terrorism, the Singaporean home minister, argued, is polarisation in societies due to segments within minorities attempting to create exclusive socio-cultural fiefdoms.

Singapore has population that is 15 percent Muslim and 74 percent Chinese; preferential treatment would fracture national solidarity and kindle the flames of majoritarianism. After a while, the home minister warned, you will get segregated communities, neighbourhoods, schools, a lessening of a national public sphere and the consequent reduction of opportunities to minority communities without active state intervention.

Singapore's balance between individual freedoms and state intervention is an interesting one that has received much flak from the West. The city-state's view is, however, that it is unhealthy to have such a doctrinaire adherence to anything - even liberty. Shanmugam's views - shared by his government - are not new to anyone with a dharmic worldview in which all systems have limitations and rules are subject to time, place, and situation. They do, however, gently chide Anglo-American (fundamentalist) modernity in their implication.

The home minister, while emphasising that terrorism is not confined to any religion, pointed out that much of the discussion on terrorism today centres on terrorists with a warped idea of Islam. Shanmugam stressed that radicalisation occurs when communities feel estranged from the national mainstream. Singapore strives to ensure that its core values are implemented evenly and politicians must resist the urge to play the divisive and corrosive game of racial or religious politics for power. It is the state that has to ensure that its racial and religious leaders move beyond only promoting their respective groups. Minorities cannot be allowed to become more exclusive but must be encouraged - forced, if necessary - to work towards enlarging the national public sphere and push back against polarisation; they must champion the cause of integration and interaction.

While the Singaporean state takes direct responsibility to foster a healthy pluralism in its body politic, Shanmugam was clear that this was not possible unless it received cooperation from the public. Towards this end, certain liberties were liable to be partially curtailed. A Muslim preacher from southern India, for example, was denied a visa to Singapore because he taught that even greeting the kaafir on their holy days was blasphemy. Though this may seem a minor point, Shanmugam drew attention to the Muslim man who was stabbed to death in Glasgow for wishing his friends and neighbours a happy Easter.

In terms of balancing tolerance and risk, Shanmugam gave the example of an Islamic cleric in Singapore who was under investigation under the Maintenance of Religious Harmony Act for preaching death to all Christians and Jews. The Internal Security Act empowers the government to approach, question, counsel, and even detain an individual for uttering or repeatedly accessing extremist literature. The home minister accepted that this was an institutionalised exception to the rule of law but added that there was wide public support for it. Referring to Anis Amri, the Tunisian who was responsible for the Breitscheidplatz attack in Berlin on Christmas day in 2016, Shanmugam said that Amri would have been detained far earlier in Singapore given his acquaintances and questionable past, whereas German police had to call off surveillance on Amri three months prior to the attack as they had no legal grounds under German law to arrest him.

In another case that raises doubts whether there is too much liberty in the West, Jamaludeen al-Harith, a British citizen behind a suicide attack on Iraqi forces in Mosul in February 2017, was found in a Taliban prison in Kandahar in 2002 by US forces and held at Guantanamo Bay for two years under suspicion of being an enemy combatant. Repatriated to the United Kingdom in 2004, he received £1 million in compensation from the British government. However, with discovery of his role in the Mosul attack, it is difficult not to wonder whether the London did not inadvertently finance terrorism.

Shanmugam is charitable with these instances of catastrophic counter-terrorism failure, allowing that each nation has to find its own way, its own balance between security and liberty, in the war on terror. Despite the harsh methods available to Singaporean law enforcement, the home minister cautions that a purely kinetic approach to terrorism will not work - like globules of mercury slither away when a larger block is struck hard, survivors from known terrorist organisations disappear and reappear later in other outfits. Singapore's strategy is called SGSecure, which seeks to train average citizens how to respond in the event of a terrorist attack. The policy works at three levels: first, it passes legislation hardening buildings to withstand explosions, making first aid kits easily accessible in public areas, and composing a team of psychologists to counsel trauma victims; second, the government hopes to train at least one person in every household to respond to terrorism in terms of reporting strange packages, administering first aid, or quick notification of suspicious activity via an app - in essence, develop psychological resilience in the populace through knowledge; third, the composition of special counter-terrorism units, rapid action teams, intelligence gathering, and international cooperation.

Not all of Singapore's methods can be applied universally - it is a city-state and its size gives it certain features that are harder to replicate in larger and more populous states. Of course, the implicit assumption is that all policies will be implemented satisfactorily if not perfectly. Yet it is interesting to note how often Shanmugam stressed the importance of national unity and not alienating any community. Ultimate loyalty must be to peace, stability, and law & order in society, the minister argued, and intolerance, whether it takes the form of violent action or speech, cannot be brooked. It is certainly possible for democracies to devolve due to excessive tolerance stemming from a slavish adherence to principles without context.

A critical point left unstated is that strong nations make stable states. Singapore works hard to forge its Tamils, Malays, and Chinese into Singaporeans that they and the country with them may mutually prosper. India's incomplete nation-building project, seen by many as somehow less important than roti, kapda, aur makaan, hamstrings its statist and institutional functions because of the shoddy way in which national unity has been promoted. Between the primacy of the nation and a deeply considered and contextualised approach to our core values, there is much policy makers can learn from Singapore on the philosophical plane of counter-terrorism.

India Foundation,has been organizing a Counter Terrorism Conference every year. This years’ conference which was held from 14 to 16 March focussed on terrorism in the Indian Ocean Region. The writer was present at the conference and this is a report of key discussions held therein.