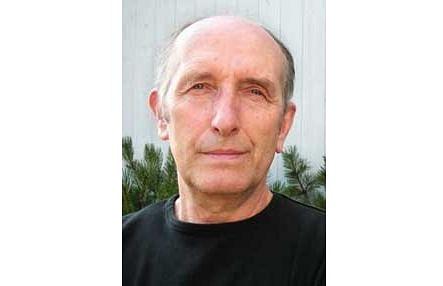 Dr Vaclav Smil, a Distinguished Professor Emeritus at the University of Manitoba, Canada, and author of 30 interdisciplinary books and 500 papers is one of the big picture people and foremost thinkers on energy and environment.

Bill Gates, in his blog GatesNotes, called Smil his favourite writer and this has led to his popularity among science aficionados.

Here, I review a couple of books from his sprawling oeuvre: Energy Transition: History, Requirements, Prospects (2010) and Energy and Civilization: A History (2017).

Between 1800 and 1900, Smil shows, biomass "provided no less than 85% of all of the century's fuel energy". The industrial revolution was, for major part, fueled by wood. Coal began to supply more than 5 per cent of all fuel energies around 1840 and this rose to one half by the beginning of the twentieth century.

Coal remained the world's most important source of fuel energy until 1964, when its contribution was surpassed by crude oil. By 2000, coal and oil provided, respectively, about 25 per cent and 37 per cent of all fuel energies. In the twentieth century biomass (wood and dung) continued to supply about 20 per cent of the world's fuel energy and natural gas supplied about 15 per cent.

This brings to Smil's central argument in his aforementioned books: Energy transitions are long, complex and not easily amenable to simple generalisations and judgements. Such transitions take over two or three generations to occur.

Hence "it will be exceedingly difficult to restructure the modern high energy industrial and postindustrial civilization on the basis of non-fossil — that is, overwhelmingly renewable — fuels and flows". In other words, it is highly unrealistic to expect a sudden transition to renewables anytime soon, certainly not within a decade.

The present generation is enamoured of Moore's law — which states that computing power doubles every 18 months. People thus see accelerating growth in every sector. A case in point is Ray Kurzweil's The Singularity is Near (2005) and Peter Diamandis and Steven Kotler's Abundance (2012). According to this perspective, growth will accelerate at such a pace (exponentially) that, in a few years, society will be transformed beyond recognition.

Smil takes a stand against such unwarranted optimism. He categorically states that, in the energy sector, growth has been at the rate of 2-3 per cent every year for hundred years or so. And this trend will continue. That is why transitions to renewables will be gradual, not exponential.

What are the technical and other hurdles towards moving to a fossil-free future? Let us take a look at the (new) renewables — solar, wind, biofuels etc.

The costs of photovoltaics have been plummeting, but the costs of batteries, rectifiers, labour etc, have remained constant. Hence photovoltaic electricity is still more expensive than thermally generated electricity. Only through government subsidies does solar electricity become competitive.

Solar cells are produced by an arduous process that generates greenhouse gases and they are so toxic that, when the time comes for disposal and replacement of installed solar cells, they will prove to be a humongous problem.

And the other problem is intermittency; solar energy is available only in the daytime.

Intermittency is also a problem that bedevils wind energy. Wind is seasonal and cannot be predicted accurately. In case of very high winds, such as during storms and tsunamis, the windmills have to be shut down. In fact, there is a narrow wind speed window, in which windmills can be operated.

Furthermore, wind energy cannot totally free us from the fossil fuel addiction. Windmills need steel frameworks and the only economical process known to humanity to make pig iron (a precursor to steel) is smelting it in a blast furnace along with coke (obtained from coal).

Of course, steel can be recycled from scrap but that needs electric arc furnaces, the electricity for which comes from fossil fuels. And the plastic for making the giant blades of windmills comes from — guess what — oil and natural gas.

What about biofuels like biodiesel and bioethanol? Many countries embarked upon ambitious programmes to generate bioethanol from corn and sugarcane and biodiesel from jathropa. They claimed this would be completely carbon neutral.

They overlooked the fact that fertilizers would be required and use of fertilizers releases greenhouse gases (in the form of nitrous oxide). Furthermore, the only effective method of producing ammonia for nitrogenous fertilizers is via the Haber-Bosch process whose feedstock is hydrogen — produced from natural gas.

Fossil fuels in coal mines and hydrocarbon fields have power densities of 1-10 kW/ sq m. On the other hand, cultivation of phytomass (i.e. plants for biofuels) could average 1W/sq m. Thus "supplanting 12.5 TW of fossil fuels would require 12,500,000 km2, roughly the equivalent of the entire territories of the United States and India, an area more than 400 times larger than the space taken up by all of modern energy's infrastructures" (italics in original), and where would we get the water for irrigation?

Between 2000 and 2008, China more than doubled its coal extraction and it added almost 300 GW of coal-based electricity generating capacity. This represents an investment of the order of $300 billion. These plants will have to be operated for at least 30-35 years to be profitable.

Will China be willing to terminate this investment and turn to costlier and relatively unproven methods of electricity generation? Can the world afford to simply walk away from fossil infrastructure worth at least $ 15-20 trillion before these investments produce rewarding returns? Obviously not.

Given this state of affairs, can developing countries like India afford to limit its energy consumption to lower levels? In Energy and Civilization, Smil states that there is a correlation between human development and energy consumption. For securing adequate diets, basic health care and schooling and a decent quality of life, an energy use of 40-50 GJ/capita is absolutely required. An HDI above 0.8 could be achieved with 60-65 GJ/capita. An HDI > 0.9 requires at least 110 GJ/capita. "There is no discernable improvement in fundamental quality of life above that level," states Smil.

In India, the energy supply is around 30 GJ/capita (less than the minimum of 40-50 GJ/capita) and HDI < 0.65. On the other hand, USA, Canada and Saudi Arabia have consumption of around 300 GJ/capita and an HDI between 0.8 and 0.9 (2015 data). Thus Smil advocates that while countries like India should be allowed to increase energy consumption, developed countries should pull back and start consuming less. They have already attained a saturation plateau on HDI.

The bottom-line is, the world is very much addicted to fossil fuels. In spite of various efforts to wean ourselves away, "by 2015 fossil fuels still accounted for 86% of all the world's primary energy, just 4% less than a generation ago, in 1990".

The carbon dioxide concentration in the atmosphere has touched 400 ppm. By 2050, no matter what steps we take, this will cross 450 ppm levels. Experts say that at this level, there will be about a 2 degree change in global average temperatures that will lead to large scale effects. Global warming turns out to be a pressing (and wicked) problem with no easy solutions.