Memo To PM: NITI Aayog Needs To Have A Narrower Focus; It Is Spread Too Thin 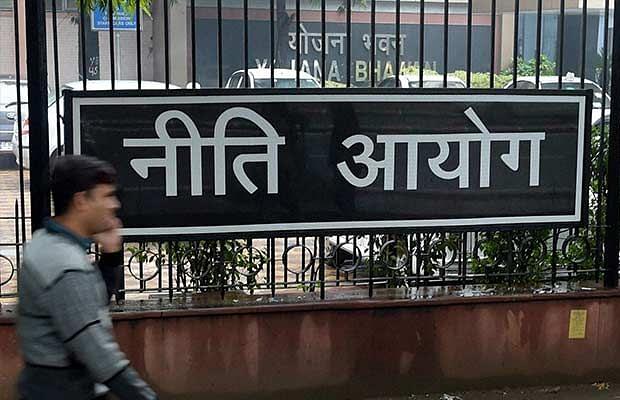 It is more than five years since Prime Minister Narendra Modi abolished the Planning Commission and replaced it with NITI Aayog, or the National Institution for Transforming India in its expanded form.

It is arguable whether the Aayog has moved the needle on India’s transformation, when the real disruptive transformations have come from the Prime Minister’s Office itself, from demonetisation to goods and services tax (GST) to financial inclusion to reform of the bankruptcy laws.

In recent years, the Aayog has come under criticism for things it need not have been used for – like trying to commandeer the release and rework of gross domestic product (GDP) statistics or unemployment data.

However, it would be unfair to blame the Aayog for this intrusion into national data generation politics, for it would have done so only on a nod from above. What one should hold it accountable for is missed opportunities on several fronts by trying to be all things to all people.

It is unlikely that too many people even among policy wonks and economists know what NITI Aayog’s real focus areas are. If one were to visit the Aayog’s website, one can find a humongous list of objectives and goals set for it. There are 13 broad objectives ranging from fostering cooperative federalism to an omnibus goal to “undertake other activities as may be necessary in order to further the execution of the national development agenda, and the objectives mentioned above.”

With such a laundry list of objectives and proposed vertical specialisations, NITI Aayog should have become some kind of force multiplier for government programmes, but that is hardly anyone’s assessment right now.

Before we come to that, let us be clear on its one big achievement, which relates not to what it has chosen to do, but what it hasn’t: it does not inflict itself as a middleman between Centre and states as the Planning Commission was inclined to do. States can ignore it if they want to. This is as it should be: NITI Aayog needs to be the kind of resource centre which states would loath to ignore.

This flows from one of its top two objectives, which is “(1) to evolve a shared vision of national development priorities, sectors and strategies with the active involvement of states, and (2) to foster cooperative federalism through structured support initiatives and mechanisms with the states on a continuous basis, recognising that strong states make a strong nation.”

But if one is still hard put to find one major area where NITI Aayog has notched up a big win, it would imply that its objectives are too widely defined, or simply too large to make it effective. Given the number of studies being commissioned by the Aayog, one wonders whether it is merely duplicating the work of other think-tanks when it could be doing something more effective to make an impact on transforming India.

The logical way forward would be to narrow down its objectives to four from the current 13. These could be:

1) Building microeconomic expertise across many sectors.

The first is important, for India has a surfeit of macroeconomists, but very few with specialisations in microeconomic areas like the impact of tax rates on demand and supply in key sectors. If we had had this expertise, we wouldn’t have had any difficulty in working out what would be revenue-neutral rates for various key sectors under the GST. We are instead learning it through trial and error, making reform of the current GST structure a long learning process.

Secondly, if the main brief of NITI Aayog is strengthening states, it should be developing expertise in devising strategic plans for each one of them. What should Tripura be doing to raise its share of GDP; what industries should Maharashtra get out of given its relative competitive strengths and infrastructure costs; what kind of trade policies will help the North-East prosper, etc. The best way to strengthen cooperative federalism is not by playing big daddy to states, but by partnering them in devising strategies for growth and equity.

Third, NITI Aayog needs to be charged with understanding policy impact, especially policies developed by ministries. For example, how is the high penalties regime working towards reducing accident rates on roads? How did demonetisation impact various industries? Who benefited from it, who lost? In short, post-facto learnings should be a core job. This will not only help correct policy mistakes quickly, but also enable policy-makers to avoid future mistakes.

The last goal – taking up goals that no one seems to charged with – can be referrals from the PMO or various central or state ministries. If the PMO wants digitisation speed accelerated, what are the best policies to adopt? Or, which negative factors, whose removal matters most to improving export performance, should be targeted first?

This does not imply that NITI Aayog needs to become yet another unmanageable bureaucracy. It should remain a small but effective organisation to transform India. For this is does not need a lot of funds or manpower, but it should be building partnerships with universities and think-tanks and brokerage houses and other outside areas of expertise so that it can commission one-time studies that will deliver high-impact policies. It does not need a huge staff, but only the ability to develop expertise outside itself, expertise it can draw upon when required.

It is possibly doing some of this already, but the crucial point is this: it should not spread itself too thin by giving itself a whole raft of vague objectives on which it cannot deliver.

To be effective, NITI Aayog needs a narrower and more focused set of goals. Maybe, the PMO needs to devote a day to redefining its objectives.