NEET Scandal: How And Why Some Tamil Nadu Students Resorted To Impersonation To Get Medical Seats 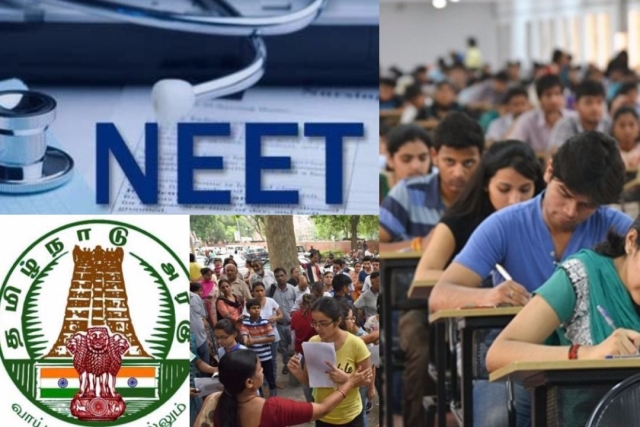 The National Eligibility-cum-Entrance Test (NEET) for admission to medical colleges has witnessed quite a few irregularities during the current academic (2019-2020) year in Tamil Nadu.

For the first time, there were cases of impersonation in the NEET exams, and one candidate was reported to have altered her mark sheet.

Since 18 September, when a first-year MBBS student Udit Surya was alleged to have resorted to impersonation to clear the NEET exams in order to procure his seat, at least 10 persons have been arrested in connection with various other irregularities.

In the case of Udit Surya, the photograph on his college admission form didn’t match with the one on his NEET mark sheet. The student was arrested along with his father, Dr K S Venkatesan, who was working at Stanley Medical College Hospital in Chennai.

While demand for a detailed investigation by the Central Bureau of Investigation has been made by the Opposition parties, the Madras High Court is also looking into the issue.

But why have some students and their parents resorted to impersonation for clearing the NEET exams?

Tamil Nadu is one of the states where NEET is being opposed vehemently. Until NEET was made mandatory for admissions to medical colleges in Tamil Nadu from 2017, students were admitted to these colleges in the state based on their plus-two marks.

This had been the standard practice since 2006, when the late Jayalalithaa scrapped the Tamil Nadu Professional Courses Entrance Examinations.

Her justification to end the exams was that it was a disadvantage to rural students and it benefitted only some private coaching centres.

One reason for the opposition to NEET is that the state syllabus doesn’t measure up to the standards of its question paper, which is based on the Central Board of Secondary Exam (CBSE) syllabus.

“It is an uneven contest for seats under NEET exams. Students who study under the Tamil Nadu Board of Higher Secondary Education are at a disadvantage,” says P K Ilamaran, president, Tamil Nadu Teachers Association.

“Students are under pressure. Some parents want them to become doctors, whether they have the capability or not. The state syllabus does not measure up to CBSE standards,” says Surya Kumar Paul, a retired teacher who has handled plus one and plus two students for nearly three decades.

“I see the impersonation saga in NEET as pure greed. That’s what these irregularities have brought out,” says a surgeon, who is a native of Nagapattinam district and doesn’t want to be identified.

“Impersonation or irregularities are nothing new to medical colleges in Tamil Nadu,” says the surgeon, particularly quoting what happened in the state for post-graduate medical courses before NEET was introduced.

Even in such cases, a candidate resorted to impersonation if he/she was not in a position to answer the questions, the surgeon says, adding that the main problem is that most doctors want their children, too, to become doctors.

In the case of Udit Surya, he had undergone coaching after having failed to qualify twice. The coaching centre reported back to his father, who was keen that his son should become a doctor, that the student would not be able to make the cut this year too, resulting in the impersonation.

“A majority of these students fare poorly because the centres hold tests that have multiple-choice questions rather than examining the students’ understanding of the subject,” says Paul, adding a few of these centres even function like a school conducting classes from morning till evening.

Ilamaran says the disadvantage suffered by the state students can be gauged from the fact that the Tamil Nadu government had set up 413 NEET coaching centres. “Hardly four students from these centres got through the NEET,” he adds.

The Nagapattinam-born surgeon says NEET has its own controversy, though it offers the middle-class an opportunity to make their children doctors.

Ilamaran says question papers for Tamil Nadu students for NEET should be different,; it should be based on the state board syllabus. The government could consider something on the lines of the now-scrapped Tamil Nadu Professional Courses Entrance Examinations.

Parents somehow want to make their kid a doctor, says Paul. “There are parents who are willing to spend Rs 10 lakh and above to get a medical seat for their child. Sometimes, they seem to want their child to achieve what they couldn’t,” he says.

There are some post-graduate courses that MBBS graduates don’t want to avail of. “Seats in these courses have to be filled up. This gives rise to the temptation to impersonate and fill them,” says the surgeon.

What sort of doctors do these people who resort to impersonation make? Such persons “get a chance to grow and learn later,” says the surgeon.

Ilamaran says it will take another 10 years before Tamil Nadu students can be ready to take NEET and pass in good numbers.

Paul says the new syllabus structure introduced in Tamil Nadu is good. “But the state government has erred in allowing a choice that helps to skip some lessons. There are no such options under CBSE. Taking away the choice will help,” he says.

The current restructuring of high school education in Tamil Nadu that allows schools to detain students from standard eight onwards is a welcome step, says Paul.

“Only students who score over a particular percentage --- 95 per cent --- should be allowed to write NEET,” he says, pointing out to the education system in Singapore, which filters high performers from average students.

National Exit Examination (NEXT) is now being considered for final year medical students and this, some experts feel, could see NEET being done away with.

This could replace NEET at least for post-graduate medical courses once a new body comes up in place of the Medical Council of India.

“NEET has ended an organised loot in medical seats that had happened across the country for years. NEET was introduced on orders of the Supreme Court but we hope NEXT will standardise the entire process,” said a doctor on condition of anonymity.

“Government can bring in chip cards with facial recognition to end impersonation and other malpractices,” says Ilamaran, adding that impersonation should have been checked at the start itself.

For now, the centre could introduce the submission of Aadhaar cards to register for NEET, says the surgeon.