No More Macaulay-Putras, Please: Why We Need Scores Of Dharmic Education Boards 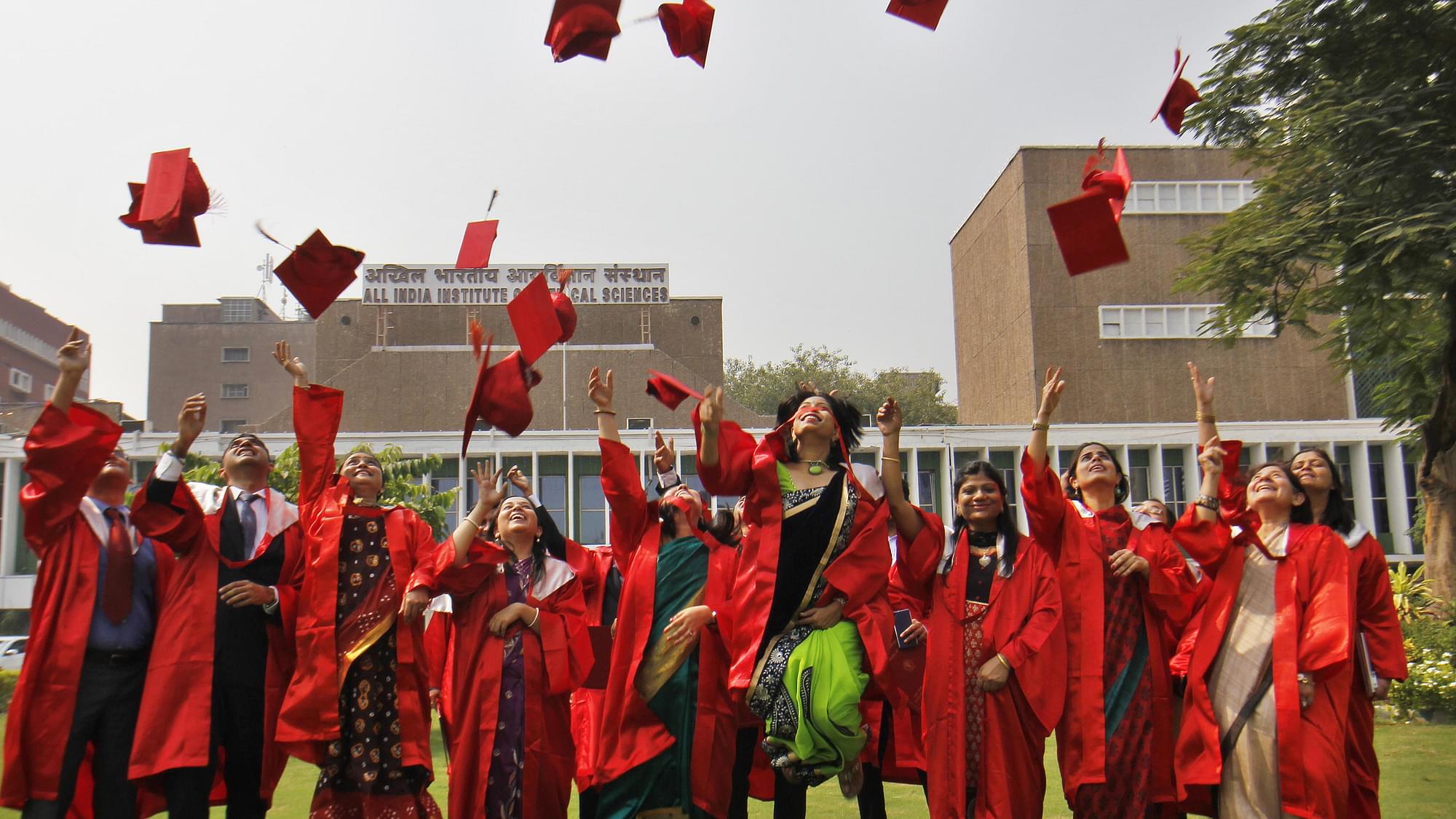 If one were to survey the Indian education scene today, increasing corporatisation and westernisation of the system would probably be flagged as one of the top concerns. While parents want modern education for their children, they are wary of the westernisation, and complete depletion of traditional values. We are producing some of the best engineers and doctors in the world but it can be no one’s case that they are also the epitome of moral values. There is no smoke without fire. From heinous crimes like rapes and pervasive corruption to lack of basic civil sense—the situation we find ourselves in forces us to rethink about the kind of people our education system is churning out.

Then there is the obsession with materialism. While pursuit of wealth is one of the four main aims enshrined in Indian philosophy, problems arise when it becomes the central focus of the lives of majority of the citizenry. Hedonism, when taken in moderate doses isn’t harmful, but pursuing it as the chief goal has meant that our civilisation’s most treasured possessions – culture, traditions, literature and history - have taken a backseat. As a result, the aversion to pursuit of righteousness, or Dharma, degeneration in family values and outright hostility to the rule of law are the harsh realities of today.

Indian philosophy has stated four goals that an individual must pursue: dharma, artha, kama and moksha. Our ancestors pursued these goals in a balanced manner. They did things with a sense of righteousness without compromising on the materialistic needs and without giving up desires. A duty based approach to life was given the top priority in life as opposed to today’s society which has a rights, or entitlement based approach to everything.

Today’s schools follow a curriculum which is characteristically alien to the living experience of our people. While skilling our youth for the job market is critical, we need to also make sure that they turn out to be ideal citizens and contribute something useful to the society.

In this context, we must understand the importance of a value based education setup which can stem this degeneration as well as make sure that our education system imparts education along with skills which will help students make a living. There are some institutions which are trying their best to do just that but due to lack of systemic support structures, such efforts are falling short.

The solution lies in creating a support structure around which schools which wish to impart Indic traditional knowledge in addition to secular curriculum can coalesce. One may argue that we already have institutions like gurukuls and vedic pathshalas which do exactly that. That’s true. However, these institutions of learning are quite orthodox and there is more focus on religious knowledge and less on secular subjects. They also suffer from a lack of ecosystem from where they can hire teachers. Students from these schools have very few options when it comes to entering the job market. Moreover, the graduates of such institutions cannot shift to secular streams of learning - like say biomedical research, robotics and other technical fields without immense difficulty.

In case of minorities, the constitution makers have provided guarantees under article 30 (1) for setting up educational institutions “of their choice” and administering them so that they can preserve their culture or language. Article 29 (1) on the other hand states that any section of citizens have the right to preserve their culture. A long history of jurisprudence as well as modern history of nations has proven that education is the best vehicle of preserving culture or language. While there is a constitutionally guaranteed way as well as institutional support for the minorities to preserve their culture through education, such an advantage is not available to Indic culture.

Our rich traditional heritage and knowledge is lying dormant. Sanskrit, the crown jewel of Indian languages, is on the verge of extinction. This millennia old repository of our rich civilisational ethos need to be cherished, not just saved. By doing this, we can salvage the current situation of our society as well as secure coming generations from descending into a bottomless pit too. One stone, three birds.

Our proposal: Dharmic Education Board

Article 51A of the constitution mandates it as a duty of every citizen of this country to make efforts to value and preserve the rich heritage of our culture. It is then also the duty of the Indian State to facilitate the sustenance and enrichment of Indic culture.

In order to provide the much needed support structure, we propose that the union government and the state governments establish “Dharmic Education Boards” (DEB) to run primary and secondary schools in this country.

The DEBs will provide recognition and affiliation to any school that wishes to come under its umbrella. Both new and existing schools, that desire to extend their setup to provide additional classes under the new Board, shall be accepted.

The DEB schools will offer a healthy mixture of cultural subjects and secular subjects to the students throughout their primary education. Just like the children under the current education boards, the students under DEBs will be taught secular and technical subjects such as Maths and Science. While the knowledge of Sanskrit language will be imparted, DEB affiliated schools will have the option of keeping English or regional languages as medium of instruction for secular subjects with the regional language being a standalone compulsory subject if it isn't the medium of instruction. This will ensure continuity and smooth transition in cases where students wish to crossover from one board to another as well as allow for a lot of flexibility within the system.

The mix of cultural and secular subjects will be such that the former doesn’t cross the maximum limit of 50 per cent or three subjects per grade, whichever is higher. Secular subjects like Math, Science and English shall be common with other boards although the DEB can amend the syllabus to suit the needs of its students. Coming to cultural subjects, students in each grade will be taught chapters from Vedas, Vedanta, Smritis, Sutras and other treatises based on their grade level.

Students from these boards would obviously qualify for higher studies like students from any other board. Further, schools under the new DEBs will be open to students belonging to all castes, sects and divisions of the society. DEBs will seek to undo centuries of injustice imposed on socially backward/oppressed groups, by encouraging students of all hues to learn and benefit from the traditional Indic knowledge system.

Such a radical new approach will expose children to get a solid foundation on subjects such as language, religion, dharma, law, values, medicine, arts, astronomy and many other topics right during their early education. It will expose the children to the richness of our tradition, and provide a firm philosophical underpinning of the world’s oldest living culture and civilization. It will also ensure that we as a society finally succeed in providing social justice to the scheduled caste, scheduled tribe and other backward class communities amongst us.

The state’s role will be limited only to creation of the DEBs, and overseeing the functioning of the DEBs to ensure there are no constitutional violations. The state shall not make regulations regarding the administration and functioning of the schools under DEBs that has the potential to dissolve the Indic character of the institution.

The time has come to reclaim the Indian education system. Millions of Hindus want their kids to learn Vedas, Upanishads, Shastras and rich Indic literary works that would help their children connect to their roots. Right now, the only option is outdated Gurukuls which mostly churn out unemployable youth with hardly any skills or modern outlook. A new setup steeped in modernity but firmly rooted in our cultural ethos is the need of the hour. There are many institutions which are trying but failing because of lack of support structure and a modern ecosystem that caters to their needs. To overcome this problem, to salvage our tradition and culture, and create future generations well versed in Indic culture and knowledge, we have proposed the creation of alternate Dharmic Education Boards. It is an idea whose time has come.