Post-Nagrota, We Must Rethink The NSA: It Is Not A Post, But An Institution 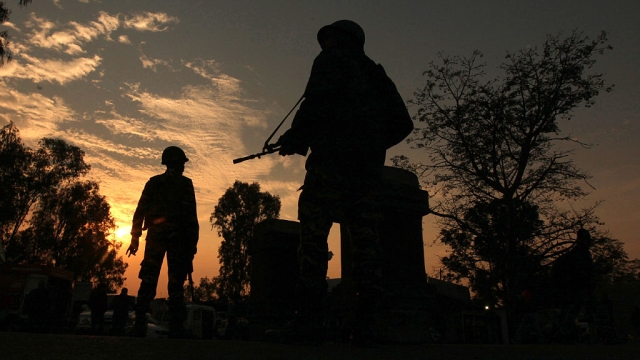 After the Nagrota terrorist attack, which killed seven armymen, including two officers, we are once again asking the wrong questions of ourselves: Was this another intelligence failure? Have the surgical strikes failed to deter Pakistan? Is Narendra Modi’s Pakistan policy failing? Are talks a better alternative to rising tensions on the border?

The right questions to ask are the following: Are we raising the costs for Pakistan’s state sponsorship of terror? Is our strategic response – military, special covert ops, diplomatic and economic - now more coordinated than before? Do we know what can be achieved through talks and what can only be achieved by force or the threat of force? Do we fully understand Pakistan’s strategy, and do we have a long-term, constantly evolving, counter to deter it?

India’s strategic counter to Pakistan’s long-term strategy of using non-state actors to bleed us with a thousand cuts must be equally long-term in nature. It should not be kneejerk, or a response to events. The surgical strikes that followed the Uri attack on an army camp would have no meaning unless these tactics are repeatedly used to raise the costs for Pakistan. They must continue, with each covert action building on the learnings from the previous one. The only thing we can avoid is the need to publicly tom-tom every action for political mileage. One dose of publicity is fine; too much of it can be counter-productive.

What we should worry about is the static nature of our response to Pakistani-sponsored terrorism.

After Gurdaspur, Pathankot and Uri, we knew that Pakistan had shifted its focus away from civilian targets to symbols of the state – especially the army. How is it that one year later, the army is still offering itself as a sitting duck for jihadi shooters? Why is the periphery around army encampments not flooded with roving counter-terror operators, taking the defence to offensive status?

Why is the supply of pro-India guerrillas to neutralise the jihadi elements still weak?

Why have none of the terror masterminds in Pakistan been targeted by our covert forces, with plausible deniability? When Pakistan can do the denials with a straight face, why can’t we?

Why does retaliation for Nagrota have to wait for weeks before it happens? Shouldn’t this option have been ready since we knew such things can happen any time?

Perhaps the one thing we really lack is a strategic think-tank that lays these options on the table on a regular basis.

Right now, Ajit Doval is the National Security Advisor (NSA), and a good one at that. But the mistake is to see the NSA as a post to be filled rather than an institution to be created for the long-term.

Ideally, the NSA’s should be a deep office with experts from the military, police, counter-terror, intelligence, covert ops, nuclear establishment, and cyber sleuths – plus academics – who can provide regular inputs and contingency plans for all kinds of scenarios that may develop. It should be brainstorming on what Pakistan could do next, what Pakistan and China may do in coordination, offer suggestions on how the world will react to our retaliatory acts against Pakistan or China. How will the US react if we were to go for tactical nuclear weapons and abandoned our no-first-use policy.

This think-tank needs to help define our national objectives, and not just produce responses to Pakistani perfidies. Should our goal be containment of Pakistani terror, or the dismemberment of Pakistan? What are the ways to drive a wedge between Pakistan and China? Will humiliating the Pakistani army (as the surgical strikes attempted to do) help reduce its power inside Pakistan or enhance it?

The think-tank needs to think strategy all the time, and develop one that will stand the test of time. It is time our NSA grew bigger, and was not reduced to a mere position reporting to the PM.