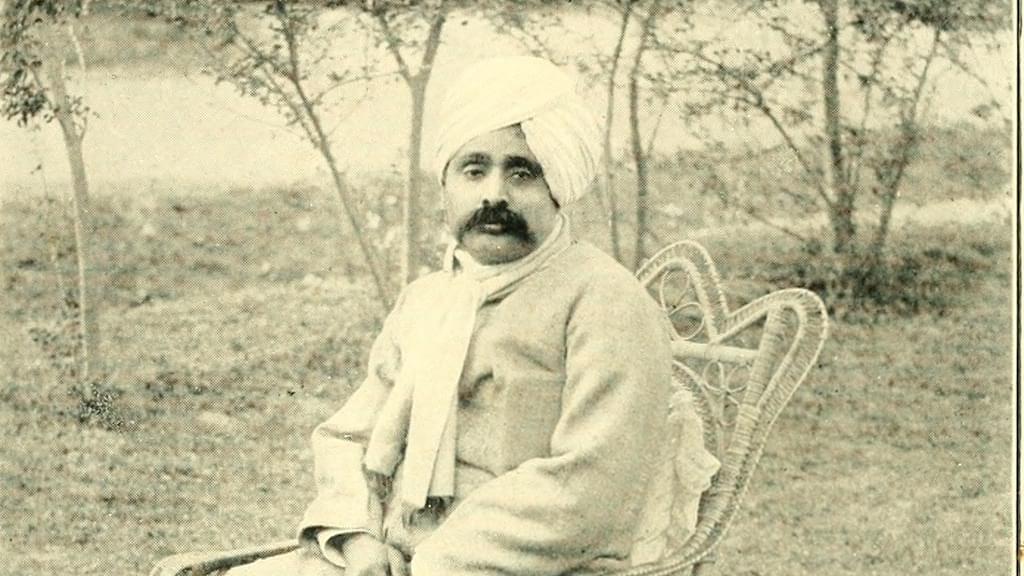 It was 30 October 1928. A large number of Indians had gathered in the streets of Lahore to protest against the Simon Commission in a silent, nonviolent march. The British officers decided to use force against the peaceful demonstrators. And they had a special target - ‘the man holding the umbrella.’ Frail and old, yet the turbaned man was the one who was restraining the crowd, making it orderly and absolutely non-violent against all sorts of police provocations. So the Senior Superintendent of Police himself decided to assault him and in that he was assisted by one of his sidekicks – Mr. Sanders.

The biographer of Lala Lajpat Rai describes the event with emotion, but without any exaggeration:

“A rather frail puny thing he looked, but his spirit was dauntless. He could receive the blows like a man. He did not flee. He did not flinch. He did not budge. He did not permit his people to hit back. His lieutenants tried to surround him and to share the blows aimed at him. He still received the lion’s share so that one of his doctors- Gopi Chand Shargava who gauged the force of the blows not as a mere eye-witness but more intimately and more exactly as one of those who took on themselves some of the blows meant for the Chief wondered how it was that he stood up to it without collapsing on the spot.”

“Manfully he took the blows and shouted with a lion’s roar at his assailant, asking for his name. More lathi blows were the only reply. Again he shouted and challenged the assaulter’s manhood demanding his name once again. … The brute automaton just delivered more blows.”

With all the blows raining on him, he still held the crowd under control and when the demonstration time was over ‘he marched at the head of the procession on the way back.’ In the evening, to the citizens of Lahore who had assembled after congratulating them for their splendid behavior, he uttered those immortal words:

‘Every blow that they hurled at us drove one more nail into the coffin of the Empire.’

Though indomitable in the spirit, his fragile body had actually been wrecked by the blows. He would succumb to the injuries on 17 November 1928.

And what a life he had lived!

1907 was the fiftieth anniversary of 1857, the British were virtually in a fear psychosis. There was fear among the authorities that a hundred thousand soldiers were waiting for a word from Lajpat Rai to start another rebellion. The government report stated that the people in the province of Punjab were ‘urged to combine to withhold payment of Government revenue, water rates and other dues; to refuse supplies, carriages and other help to Government officers on tour and Native soldiers. Police were pilloried as ‘traitors’ and adjured to quit the service of the Government.’ The government assumed that the Arya Samaj, the organization to which Lajpat Rai belonged, had a secret Committee and was organizing the propaganda. The cipher telegram informed the authorities:

“The head and center of the entire movement is Lala Lajpat Rai, a Khatri pleader who has visited England as the Congress representative of the Punjab. He is a revolutionary and a political enthusiast who is inspired by the most intense hatred of the British Government.”

Lalaji was not a Khatri but then being a Arya Samajist he was against caste and untouchability. So in 1907 he had been deported to Mandalay without any trial. Viceroy Minto eagerly gave his consent. As he was being spirited away, he wrote to his father that ‘whatever comes should be manfully borne.’

In 1914 he was in the United States, where he was striving to network with the patriotic elements and strive for the freedom of India. However unlike some of his compatriots who were carried away by the pro-German feeling when seeking their help for India’s liberation he stated clearly:

I am an Indian patriot and I wish freedom for my country. I have no sympathy for the Germans nor have I anything against them. … I have been always rather fanatically attached to the theory that liberty won with foreign help was not worth having.

Yet when such efforts which he warned against failed and the revolutionaries got into trouble, Lalaji was always there to help. For example, when M.N.Roy had to flee to Mexico and was in dire straits, Lalaji was the one who came to his aid.

A strong Indic secular at heart, Lalaji believed that Hindu-Muslim problem was the creation of the British. He wrote of the India of his vision, in 1924 thus:

“What we aim at is not the merging or the absorption of one into the other, but the integration of all into one whole, without in anyway injuring or lessening each group individually. Hindus. Muslims, Christians, Sikhs, Jains will not have to cease to be such in order to be Indians. Let them but recognize themselves to be Indians as well as Muslims, Christians etc., let them think themselves as Indian Muslims and Indians Christians, and then all will be well.”

However, to his horror he discovered some disturbing sequence of events. At Istanbul he discovered of a scheme to invade India and establish a theocratic Islamist rule. Called the Obeidylluah plan, the methodology of this included creating an alliance with world Muslim powers and aligning themselves with Indian nationalists during the last part of the World War-I. The aim was to create a pan-Islamic caliphate and creating an Indo-Afghan Islamic empire as a step towards that end. Once Lalaji came to know of these plans he was able to visualize towards what end certain political movements in India were headed to. Most other Congress leaders lacked these foresight.

Actually Obeidylluah had given Lalaji ‘a printed scheme about the federated republics of the sub-continent’ issued on behalf Kabul Congress Committee. Lalaji understood the plan for what it was – a camouflage for dividing India into pieces. In 1946 it dawned on Nehru too that there was indeed a plan to get 'India divided into bits' so that it could be conquered part by part. Nehru attributed the plan to Communists. The Communists and Islamists had developed a working relation which was foreseen by Lalaji.

'I am not afraid of seven crores of Muslims in India’ he wrote, ‘but I think, the seven crores in India, plus the armed hordes of Afghanistan, Central Asia, Arabia, Mesopotamia and Turkey will be irresistible. Are we then doomed?’ In 1946, almost two decades after Lala Lajpat Rai wrote these lines in his letter to C.R.Das, Dr. Ambedkar would confirm that it was indeed a very dangerous realistic danger into which India was about to be led by an over enthusiastic Gandhi.

Lajpat Rai saw the British cunningly cultivate secessionist and communal tendencies in Muslims and Sikhs. He saw also a pan-Islamist danger to India. He was worried. The assassination of Swami Shraddhanand shocked him. Yet he was not for a theocratic state.

“It is useless to talk of a democracy as long as this kind of prejudice (untouchability) sways our mind and influences our conduct towards those from whom we differ in religion or whose forms of occupation we dislike. … The process of building a nation is a moral process. You cannot engage in work of this kind with success by practicing duplicity. … It is sufficiently humiliating that we should have to mention untouchability at all in our programme; but to have avoided it for fear of offending the sensibilities of some classes of our countrymen would have been even worse. It would have been immoral.”

This was Lajpat Rai writing in 1924. Abolition of untouchability was for him a necessary ‘filling up of preliminaries of democracy’, ‘a preparation for Swaraj’, and ‘not an act of patronage towards the ‘untoucables’ ‘. In the same article Lajpat Rai prefigures Dr. Ambedkar and says that in eradicating untouchability ‘the work before us is one of education, association and organization’. Another notable fact is that MC Rajah, the leader of the Scheduled Communities was a friend of Rai’s despite having differences with him.

His vision on progress was radical for his times. He asks if progress is to be ordered from above. ‘Then what is progress?’ he asks and proceeds to query:

“Does the railway mileage represent progress? Or the figures of import and export connote progress? Does a big army and a heavy budget implicate progress or is the increase in the number of government officials a sign of progress? Do magnificent buildings, erected at public expense by a foreign government to bespeak of their glory, represent progress? All this may be ‘progress’ in a certain sense, yet may also be evidence of utter helplessness of the people with whose and at whose cost all this progress is achieved. … What we want is an evolution from below…”

A visionary, patriot and a person who sacrificed all his life for the freedom and holistic development of India, the fatal blows he received not only drove nails into the coffins of the Empire but they are the debts eternally on us for all generations to come, which we ought to pay through our own commitment to freedom and democracy, not just political but also social and ultimately spiritual.