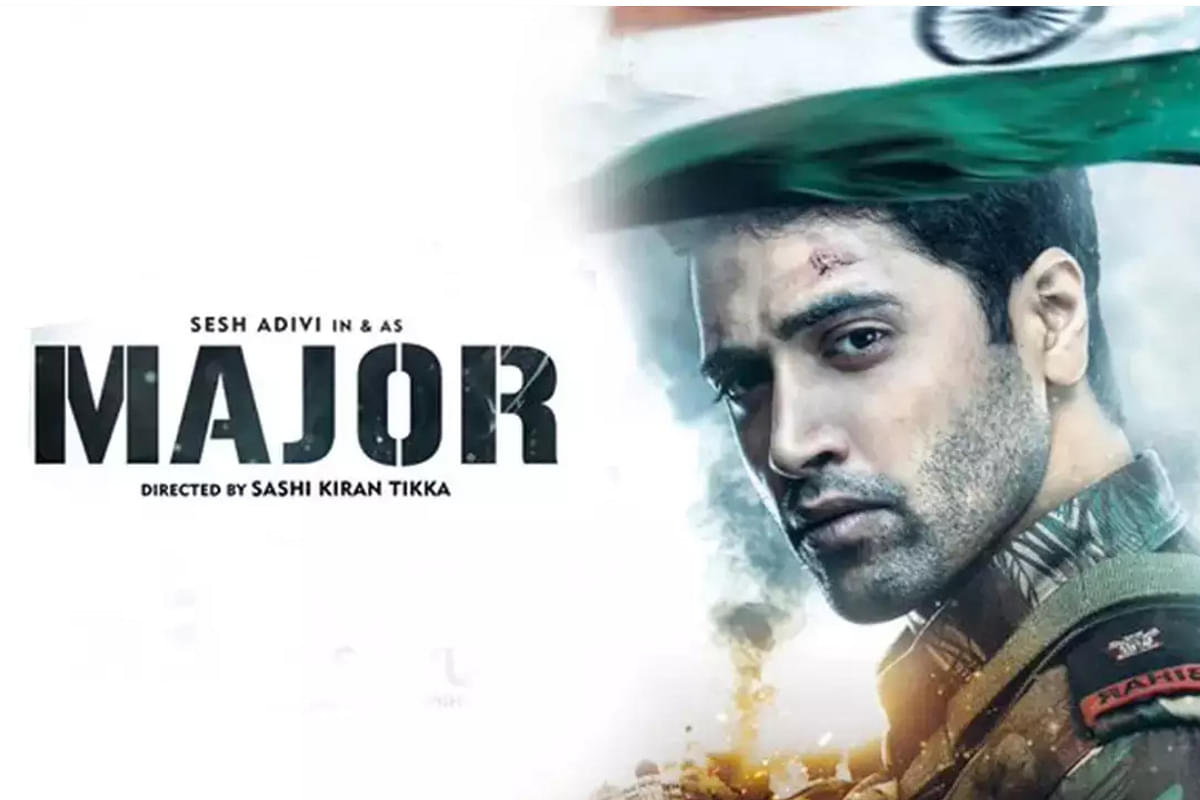 The role of Major Sandeep Unnikrishnan is played by actor Adivi Sesh.

“Don’t come up. I’ll handle them” these words of Major Sandeep Unnikrishnan on that night of 26/11 were probably his last. But they shall last forever in the memory of this nation. For Mumbaikars especially, they were nothing short of a reminder of the mettle that Indian soldiers are made of.

Yet, as is life, all tales of honour are only relegated to the pages of history and rekindled as a silent tribute on handful of days in a year by those of us who experience the fruit of their sacrifice. But for those who, by choice or otherwise, paid the price of this martyrdom and are left with their memories and uniform, the battle goes on.

Yet, they fight. Because their sons did.

And Major is a tribute to these warriors who send their sons to die for the nation. The film achieves to fulfil what the father of every slain soldier wishes in the deepest of his silent moments. That his son “be remembered not for the way he died but for the way he lived”. Because while the rest of us hear of them when they die, those who sacrificed them for us, have to live with and be haunted by the unshared memories of a life short-lived.

A distraught Revati (who plays Dhanalakshmi, the mother) simply walks on to the streets even as the skies come pouring down as if mourning with her in silence. As she is almost hit by a vehicle, Prakash Raj (playing K Unnikrishnan, the father) pulls her in the nick of time. And the silent scream that they share sums up the life of such parents. Their cries are never really heard.

The shrapnels of those exploding hearts pierce through the audience’s conscience, for we are, a nationalistic lot.

Although the first half that gives a glimpse into his childhood, his adolescence, his Kerala connection, his Bengaluru days, his righteousness and softness of heart, does seem a bit slow, it adds to the cinematic experience of what the latter half brings.

The battle that ensued that fateful night at Taj has been tightly scripted and edited.

The film isnt melo-dramatic or overly jingositic like a lot of the ‘hype—nationalist’ cinema that we have been subject to in the last few years. Certainly, the writer hasn't penned any frivolous bits licensed by creative liberty.

The key characters that deserve their due in the telling of that night’s event, be it a ‘Pramoda Reddy’ who saves a child and her own life, or the hotel manager who even in the face of such a attack stood tall to do his duty, have all been given enough screen time to make it about not one man - but one sentiment - to perform to the best of one’s ability even in the face of adversity.

And in an industry that creates a hero and paints a holier-than-thou picture of a brat of a Bollywood star whose parents have ben deified and his crimes whitewashed as an ill-fated child of destiny (Sanju), this one is an antidote. This film deserves all the love it can get, not because it is some out-of -the world cinematic experience, or a tale never known but because it a genuine tribute.

It tells a real tale cushioned by just a pinch of cinematic masala - thankfully, there is no ‘Garud’ created by some intern scientist flying into Pakistani quarters, since it doesn't aim for any ‘whistle-podu’ theatre reactions.

This one tugs at your heart-strings, like it should. Remember this is a family that didn't think twice before asking Kerala CM V S Achuthanandan, who reluctantly visited the soldier’s family four days after being heavily criticised by the media for not attending his funeral, to leave. K Unnikrishnan had asked him to ‘get out’ after which the insensitive and brash leader had nastily commented saying ‘If not for Sandeep's house, not even a dog would have gone there’.

In the comfort of your living rooms, Major grants you the privilege of offering your silent solidarity to every such Veer family, whose angst and pain else lays buried beneath the wreaths that get laid every year, on few handful of days.