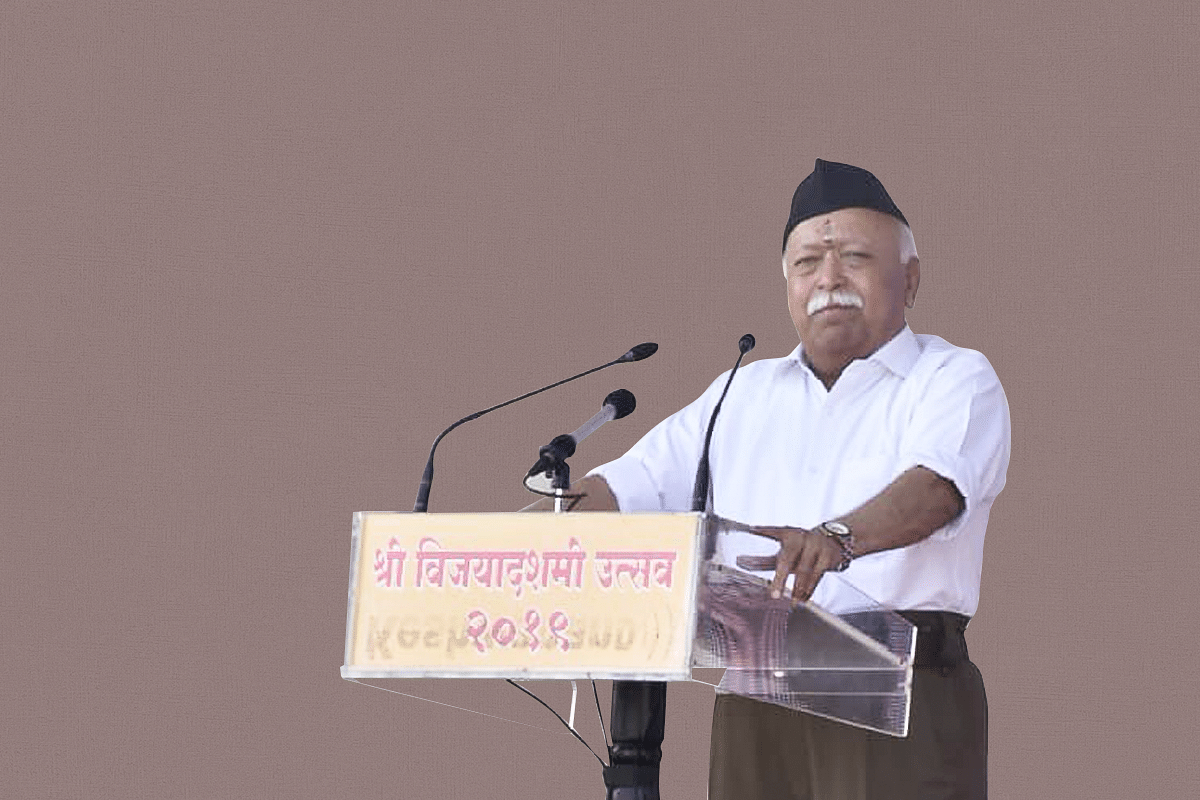 Speaking in Nagpur, on the twin occasion of Vijayadashami and the founding of his organisation on this day in 1925, Rashtriya Swayamsevak Sangh (RSS) chief Mohan Bhagwat made a strong departure from the past.

Instead of sticking to inspirational themes of our ancient civilisational grandeur, as had often been the RSS tradition, Bhagwat bluntly declared that only social unity would take India forward. He said India would fail in this task if she did not successfully tackle the forces fomenting disunity across this land.

This was exacerbated by the free press, who latched onto a single word he used – ‘lynching’, and used that to draw frenzied comments from the usual political suspects. For Daniel Raja of the Communist Party of India, it was an atheist godsend, as Bhagwat’s reference to the term allowed him to lay into the saffron horde with all his might.

The thesis Bhagwat presented was fairly simple: every citizen of this land is an assemblage of various overlapping identities – including of language, geography, faith and race. These disparate identities have to be recognised as a welcome reality, if a richly diverse land like India is to ever pull itself out of the rut of poverty.

But, Bhagwat said, there was a problem: for this, they had to first overcome perfidious efforts, by certain forces who sought to capitalise on these natural differences of sub-identities, to further widen pre-existing social divides. He called this well-organised hindrance to social amity a conspiracy.

In his own, ornate manner, Bhagwat explained how periodic news reports appear, of a heinous act by members of one community against unfortunate members of another. Mostly, these reports turn out to be fake news, and those few which actually transpire, invariably turn out to be local incidents with no connection to national organisations.

And yet, he said, the crucial spin sought to be wrung out of such condemnable events, was of organised fury by one community against another. Meaning: identity versus identity.

The conspiracy’s objectives: the weaving of inimical narratives to fabricate a sinister image of India, the fomentation of further disunity, and obstacles to hamper the rise of this land.

And it is in this context that he used the term ‘lynching’ – an imported term used to conjure an alarming, alarmist, negative image of India hurtling into hell.

Bhagwat could be right: symbolically, lynching is more often associated with the white-supremacist Ku Klux Klan in America, who terrorise the black populace there with the threat of the noose (note: identity versus identity, and subjugation of one race by another); or medieval Europe, where a reign of terror is often depicted in both art and literature, by victims hanging from a gibbet.

Whereas in India, the more common image equivalent has been decapitation.

Therefore, Bhagwat’s reference to lynching must not be misconstrued as just another attempt to pooh-pooh secular outrage, or worse, as a trivialisation of a crime. Rather, it should be recognised for what it is: a metaphor for, and grave warning against, a hitherto-successful practice of importing into India, and applying, divisive narratives fashioned on foreign shores.

One example, is of a wide web linking the countless, alarmist statements made by ‘civil society’, in India, against the abrogation of Article 370, with those by the likes of American Democratic Party presidential candidate Bernie Sanders, or British Labour Party leader of the opposition Jeremy Corbyn.

Consequently, the key takeaway from Bhagwat’s Vijayadashami address is a warning against complacency, and a call for the hard tasks which lie ahead.

In the process, he also offers a prescription, on how to tackle the flood of fake and slanted narratives in this digital age: efficient and timely prevention, investigation and prosecution of crimes.

He is right: our greatest ideal weapon against disunity and falsity is also our greatest current headache – an already-inefficient, corrupt, law and order machinery, made further ineffective by an unwieldy, overloaded justice delivery system.

How this strong message filters out into the Sangh Parivar as policy, and how that gets translated into a mass response at the ground level, both remain to be seen, but this much is clear: a new conch has been sounded.

According to Bhagwat, now shall begin the actual work of retrieving our true dharmic strengths, based on duty, honour and reason, without being divided or misled. A very different Vijayadashami indeed.