Savarkar’s Link To France: Why Modi Should’ve Mentioned It In His Speech To The Indian Diaspora 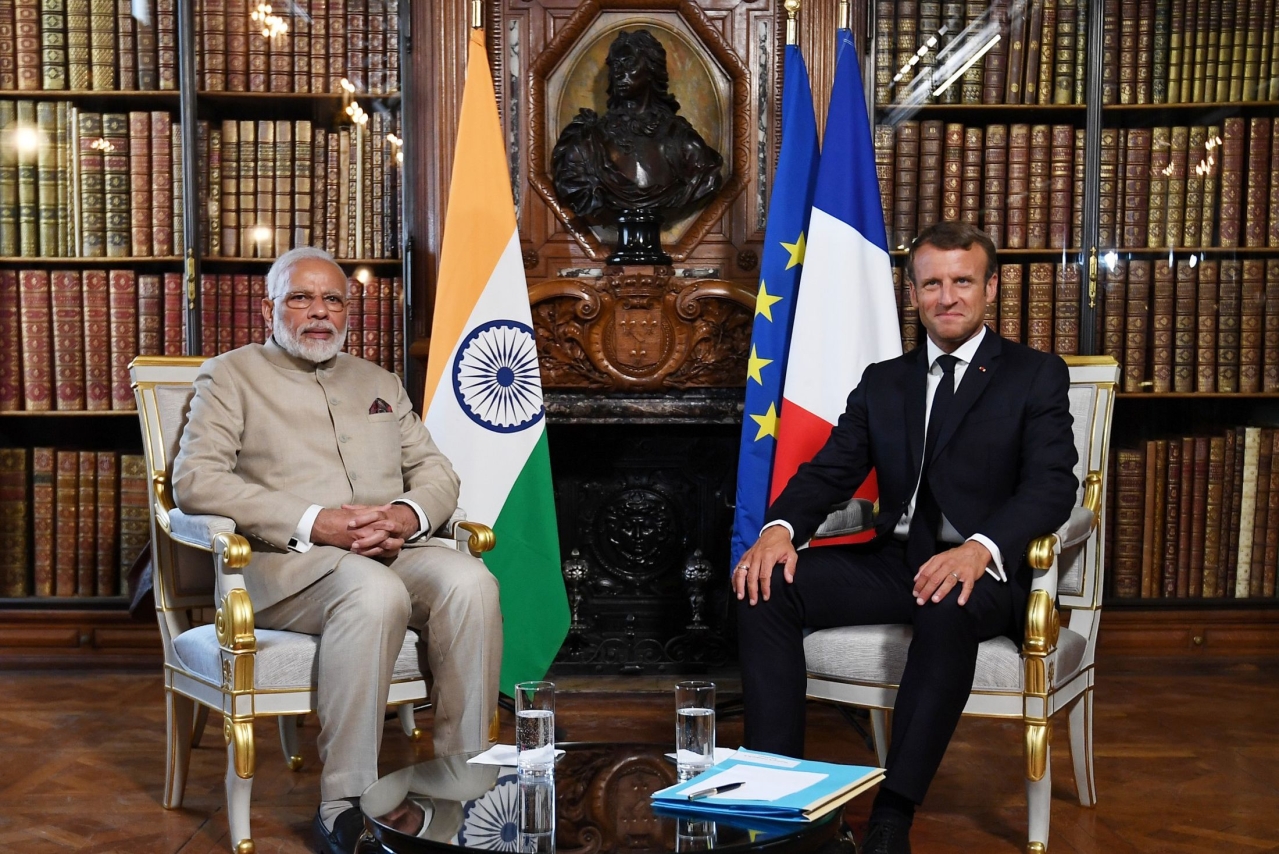 Prime Minister Narendra Modi who is on a three nation tour from August 22 to 26 reached France today and held talks with French President Emmanuel Macron and also addressed the Indian diaspora in Paris.

In recent times, France has emerged as the strongest supporter of India in international forums. Just recently, France supported India at the United Nations where the issue of abrogation of article 370 in Kashmir had come up for an informal discussion. It was also the only major power which didn’t put sanctions on India after Pokhran-2.

While such modern instances of French support to India are widely known, there is a century old incident which hasn’t received the attention it deserves. For obvious reasons because it involves the man who has been avoided like the plague by successive Indian governments: Savarkar.

Anyone who has read even a little about Savarkar knows how he ditched British police officers on board a sea vessel which was taking him to Bombay from London after sham of an extradition trial which ruled to deport Savarkar to British India so that he can be tried there in an equally shameful manner.

As the vessel reached Marseilles, a port city in France, police constables accompanying Savarkar made a lapse. Taking full use of the golden opportunity, Savarkar dived into the sea through the porthole of lavatory, swam for about 10 minutes and reached the quay.

He couldn’t run far and was recaptured by British India constables with the aid of a French maritime officer.

Savarkar pleaded with the French official to take him in his custody but he didn’t understand English. He let British India constables take Savarkar away back to the ship.

Dr Vikram Sampath in his latest book Savarkar: Echoes From A Forgotten Past details the whole escape saga in an intensely colourful manner which makes one feel the pain of Savarkar’s heroic attempt go in vain.

But Sampath doesn’t just tell this thrilling story. He tells us, with thoroughness of an academic, how the French establishment from media to the government went into a tizzy over this incident with final result being that France ended up going toe to toe with the mighty Britain all the way to The Hague.

Sampath quotes extensively from French press, socialist intellectuals both in France and other European countries, and French government officials which called for bringing Savarkar back to France. Jean Longuet, Karl Marx’s grandson, termed Savarkar’s recapture on France’s soil as an “abominable violation of the right of asylum.”

The incident happened on 8 July 1910. Due to intense political pressure from the media and activists, French government on 3 August sought not only Savarkar’s extradition from the British but also an apology.

Of course, it wasn’t because of their love for Savarkar or India per se. But France treated the act of British officials arresting a political prisoner when he was on its soil and was seeking asylum as an insult.

In October, both countries agreed to settle the dispute at The Hague tribunal. But back in Bombay, a special tribunal set up to prosecute Savarkar had already started its work in September.

The Hague tribunal first met on 14 February 1911 but on 23 December 1910, the special tribunal at Bombay had already sentenced Savarkar to transportation for life. On 24 February, The Hague tribunal also decided in favour of the British and denied France any right to get Savarkar’s extradition.

France used to be considered as a safe haven for revolutionary anti-British colonial leaders. It wasn’t without reason that many of them made it their base of operations whenever things became difficult for them in England.

Most prominent of these leaders was Shyamji Krishna Verma, whose India House was Savarkar’s residence for four years in London. Savarkar in fact went to London thanks to a scholarship instituted by Verma.

It would’ve warmed the cockles of heart of all the nationalists if PM Modi had mentioned the Savarkar-France episode in his address to the Indian diaspora today highlighting not only a worthy heroic episode of a much maligned patriot but also thanking the French for their efforts to save Savarkar from the injustice at the hands of the Colonial Britain.

Modi could’ve even exhorted the audience to pay a visit to the exact spot in Marseilles where the whole adventure transpired.

The proposal to install Savarkar’s statue in the port city is pending for decades now. It’s been the BJP’s demand and it has not shied away from attacking the government when the party was in opposition. It will not cover itself in glory by reneging on its conviction when it is in power.

One hopes that when an Indian Prime Minister goes to France next time, he doesn’t fail to highlight the Veer Savarkar episode.