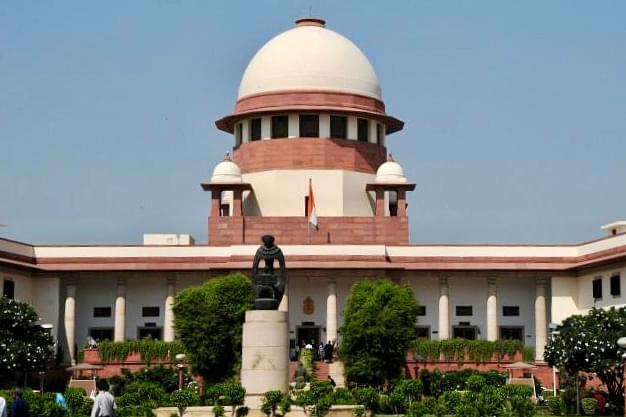 A Congress party spokesperson, Abhishek Manu Singhvi, has moved a plea in the Supreme Court asking it to set a time limit for the Election Commission to decide on poll code violations. It also wants dissenting notes on the commission’s orders to be posted along with its main decisions.

The Supreme Court should avoid making itself the final arbiter in such matters, especially when the Election Commission is in the midst of conducting a long-drawn-out and bitterly-contested election stretching over six weeks. The last thing the commission needs is to have the court breathing down its neck when it has its hands full ensuring the essentials of free and fair elections.

Constitutional bodies are meant to respect jurisdictional boundaries, and the courts should not enter the picture except when egregious violations of the Constitution are threatened. As far as violations of the Election Commission’s Model Code of Conduct (MCC) are concerned, these relate largely to the kind of narrow appeals a candidate makes to the voter. If these are not matters the commission can handle with its own machinery and supervisory powers and judgement, the Supreme Court, with even more limited means to decide such issues, is even less competent to sit in judgement on the commission’s decisions.

Consider what the court is being asked to do repeatedly in this election.

Last month, in another petition, the Supreme Court directed the commission to use its powers more aggressively to make candidates and parties to adhere to the MCC. The commission jumped in post-haste to ban Yogi Adityanath, Mayawati, Azam Khan and Maneka Gandhi from campaigning for periods ranging from 48-72 hours. But as soon as this was done, Mayawati claimed a Dalit voice was being silenced, and Azam Khan’s son claimed the ban on his father was because he was a Muslim.

Put simply, a model code that is supposed to prevent appeals on the basis of religion and caste ended up ensuring precisely that. And this is largely because the Supreme Court began inserting itself into the commission’s area of expertise, demanding that it uses its powers more to curb alleged hate speech. The commission is in a better position to judge borderline hate speech from politically incorrect language.

The larger questions the Supreme Court needs to ask itself are these:

How wise is it for the top-most judicial body in the country to define what another quasi-judicial body should do in each and every circumstance? Can the EC maintain its independence if it is going to be micro-managed like this by a higher authority?

Second, would the Supreme Court accept any imposition of time-limits on its own functioning, when it has repeatedly given judgements removing such restraints that were legislated by the Atal Bihari Vajpayee government to speed up civil cases.

Writing in The Times of India some time ago, Brajesh Ranjan noted that a 1999 amendment to the Code of Civil Procedure had fixed an outer timeline of 30 days for the issue of summons to defendants. But in the Salem Advocates Bar Association case, the Supreme Court interpreted this to mean that the 30-day limit applied only to the “timeframe within which steps must be taken by the plaintiff to enable the court to issue the summons. In other words, the court held that the provision did not specify a time limit within which summons ought to be served on the defendant by the court.” (Italics mine)

A 2002 amendment of the Vajpayee government put time limits of 90 days within which written statements had to be given after the issue of summons. But in a 2005 judgement, the Supreme Court again decided that this time limit was merely directory in nature, not mandatory, Brajesh Ranjan noted.

If practically no time-limits apply to courts in civil procedures, does the Supreme Court now think that the same logic should not apply to the Election Commission, which has a tougher job to do in a short period of time?

To repeat: the Supreme Court should not keep second-guessing the Election Commission on what it should be doing. This way it might as well oversee all elections directly. It is wrong in principle for one constitutional body to crimp the freedoms of another constitutional body.