SC Versus Government: Why Recent Collegium Resolutions Are Not Necessarily A Step Towards 'Greater Transparency' 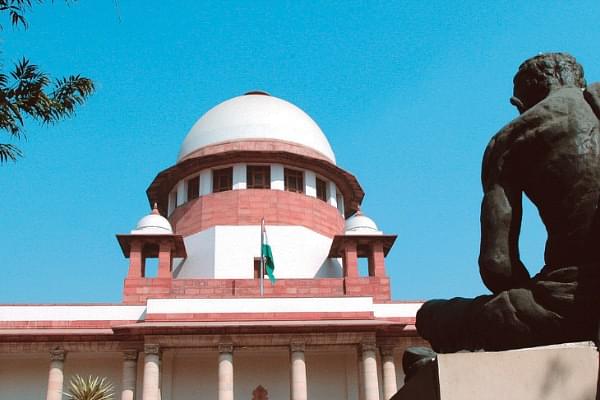 Recently, the Supreme Court collegium headed by CJI DY Chandrachud recommended and reiterated some names for being appointed as Judges of different High Courts.

Keeping the new recommendees aside for the time being, the names of Saurabh Kirpal for Delhi High Court; R. John Sathyan for Madras High Court; Somasekhar Sundaresan for Bombay High Court; and Amitesh Banerjee along with Sakya Sen for Calcutta High Court have been reiterated by the Supreme Court Collegium.

All the aforesaid names were recommended by the collegium previously, sometimes even twice; however, the Central Government ‘returned’ the recommendations after conducting its due diligence and consulting the intelligence agencies.

While reiterating the names of Kirpal, Sundaresan and Sathyan, this time the collegium has recorded the observations of the Central Government with respect to each of them and has tried to answer the objections of the government in a publicly released collegium resolution.

In an unprecedented move, the collegium resolutions have made the comments of the IB and RAW with respect to the suitability of candidates available in public record.

While this can have negative repercussions on the legal practice of each of these lawyers, recently it has been observed that media channels along with legal scholars are celebrating these collegium resolutions as a step towards greater transparency in the collegium appointment system.

However, is this the kind of transparency we are looking for?

When we ask for transparency in the judicial appointment system, we want the collegium to give cogent reasons for recommending the elevation of a particular candidate. That is to say, when this time the collegium while reiterating some names also recommended several new names for elevation as judges of different High Courts, it would have indeed been transparent had it given proper reasoning as to why it considered these new names suitable.

With ‘reasons’ we only mean the material the collegium took into consideration while recommending each of these names for elevation.

However, what the collegium did was to quote the comments of the intelligence agencies, with respect to the reiterated names.

This act of the collegium makes one wonder if it only wanted to shift the liability to the Central Government.

Had the collegium been truly transparent under the new regime, it would have taken efforts to lay down reasons for recommendation of these new names also.

The collegium cannot selectively choose to make public, confidential comments of the intelligence agencies for some names, and simultaneously not give reasons for recommending others.

Moreover, this fiasco between the executive and the judiciary also shows why it is time to move towards the NJAC method of judicial appointment.

Recently the Law Minister in a letter addressed to the CJI requested for inclusion of executive functionaries in the Collegium.

The point of the government is not that it should be given primacy in appointments and that no discretion should vest with the judiciary, as executive primacy also would do no good. However, it is necessary in a republic that a proper and mutually consultative process is followed by the executive and the judiciary before appointment of judges.

Something like the composition of the NJAC can be achieved, which had the CJI along with two senior judges of the Supreme Court, the Union Law Minister and two eminent persons to be nominated by a committee consisting of the CJI, Prime Minister and the Leader of Opposition.