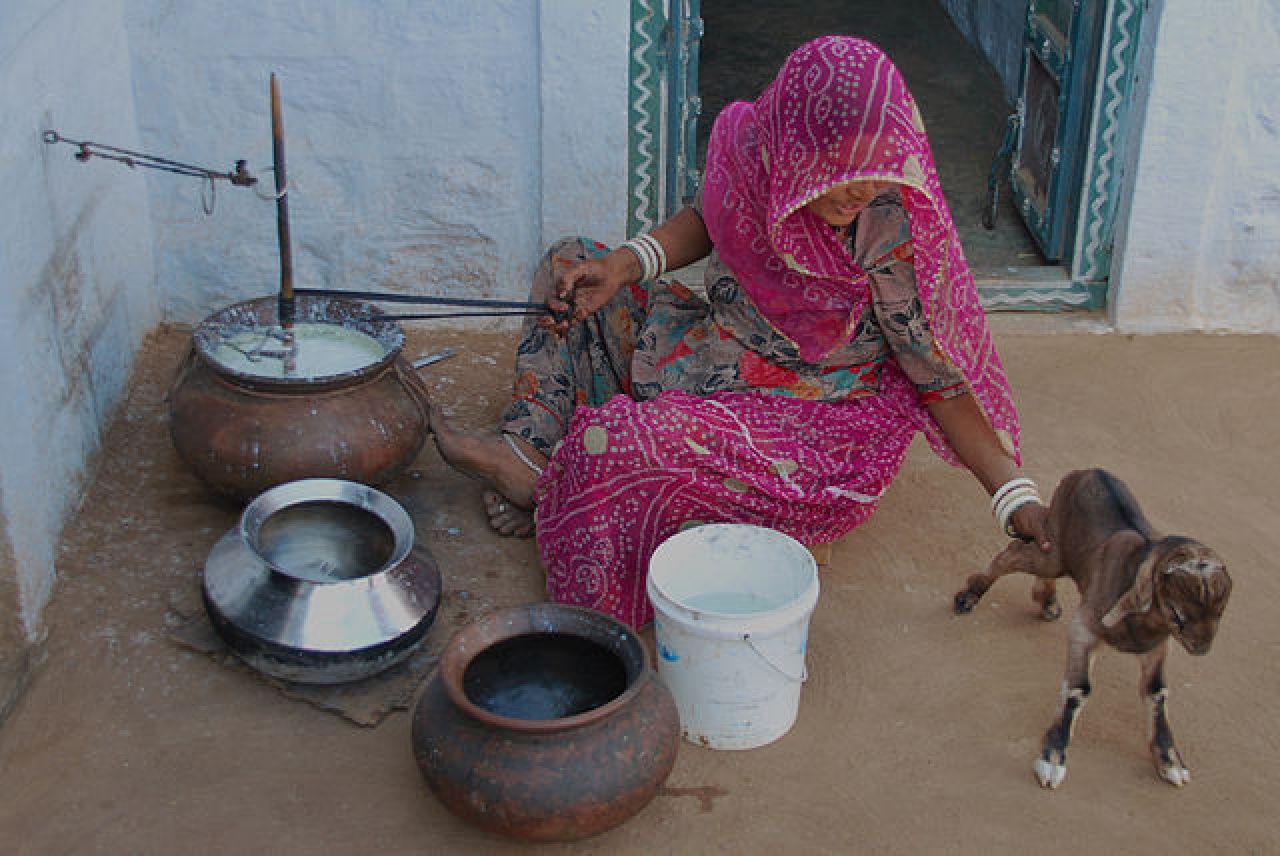 Actor Salman Khan has been handed a five-year sentence for killing two blackbucks near Jodhpur 20 years ago. The case was pursued by the members of the Bishnoi community, and Khan was charged based on the testimonies of Poonamchand Bishnoi and Chhogaram Bishnoi.

This case has put the spotlight on the Bishnoi community, their beliefs, and ecological practices. Who are the Bishnois, what is their origin, and why are they committed to preserving their ecology even at the cost of their lives?

These and other questions are dealt with in the book, Dharma and Ecology of Hindu Communities: Sustenance and Sustainability by Dr Pankaj Jain. Excerpts from the book have been reproduced below. In the first one, Dr Jain writes about Guru Jambesvara, who the Bishnois revere as the founder of their sect. In the second , he describes an extraordinary act of sacrifice by the Bishnois to protect trees in 1730. This story is now a part of the local folklore.

The founder of Bishnoi community, Guru Jambheśvara was born in 1451 CE, in a Panwar Rajput family at Peepasar village of Nagore district in Western Rajasthan. He was contemporary of other Bhakti saints such as Kabir (1440-1518), Surdas (1483-1563), and Nanak (1469-1538) but there is no historic record of their meeting each other. Jambheśvara resembles Nanak and Ravidas as a founder of new community based on his new set of teachings, unlike Tulsidas and Surdas who had more “catholic” appeal. Kabir represents the Nirguna bhakti movement that spread to Dadu panth in Rajasthan and Sikh panth in Punjab. There are several similarities in the rituals and texts of the Kabir Panth and of Bishnois. Also like the other medieval saints, the biography of Jambheśvara is largely based on the hagiographical accounts of his followers and other poets in the Bishnoi community. There is very little, if any, mention of him or his followers in other historical writings pertaining to that era. His father Lohat and mother Hansa were devotees of Viṣṇu. Both of them had to worship Viṣṇu for a long time to seek the boon of a child, according to Bishnoi folklore. This influence from a Vaiśnava family is obvious in many of Jambheśvara’s statements. Jambheśvara regarded Kṛṣṇa highly, as an incarnation of Viṣṇu. In turn, the Bishnoi community regards Jambheśvara as an incarnation of Viṣṇu and sees several similarities in his life with the legends of Kṛṣṇa. The day of his birth is the same as that of Kṛṣṇa, the eighth day of bhādo month of the Hindu calendar. Like Kṛṣṇa, Jambheśvara also grazed cows in his early life for twenty-seven years. His cows followed his orders just as they enjoyed the flute of Kṛṣṇa! When he was about 25 years old, a severe drought hit Western Rajasthan for next ten years. This coincides with a general period of summer monsoon failures confirmed by paleoclimatological reconstruction. There was a severe shortage of water and cattle fodder. People cut down a large number of trees to sell the wood in the nearby towns. The animals, such as chinkara and blackbuck, were widely hunted and killed for meat-consumption. Most of the villagers left the area in search for greener pastures. Deeply moved by this disaster, Jambheśvara began his quest for the solution. After the death of his parents, he left his home in 1484 CE and started living on Samarathal, sand hill of Mukam village in Nokha Tehsil near Bikaner. Finally, after many years of practicing meditation and austerities, at the age of 34, he had a spiritual experience. In his vision, he saw people quarreling with nature and destroying their environment that sustained them. He decided to reform such society and concluded that humans will have to sustain the environment around them in order for nature to sustain the humans. In 1485 CE, he founded the Bishnoi community on the eighth day of the black fortnight of the month of Kārtika of the Vikram Samvat 1542. His first disciple was his uncle Pulhojī. Based on his teachings about natural resources relevant to the drought years, he succeeded in conserving and protecting several local resources and soon developed a large following among the masses. Even the local ruler sought his blessings. Some of the kings who met him were Sikandar Lodi of Delhi, Mohammed Khan Nagauri of Nagaur, Rao Santal of Jodhpur, Rao Bikajī of Bikaner, Rawal Jait Singh of Jaisalmer, Rao Doodajī of Merta, and Rāṇā Sāngā of Mewar.

EXAMPLES OF ECOLOGICAL PROTECTION BY BISHNOIS

While media and scholars have celebrated Indian women environmentalists and activists such as Medha Patkar, Arundhati Roy, Gaura Devi, and Vandana Shiva among others, the story of Indian ecofeminism, as of today, rarely mentions Amrita Devi. According to my Bishnoi informants, she led a massive sacrifice for the protection of trees in September 1730 in the village of Khejadali, near Jodhpur. As many as 363 Bishnoi men and women, led by Amrita Devi, sacrificed their lives to protect the khejari trees from the soldiers of the king Abhay Singh of Jodhpur.

The names and villages of the 363 people who died here are recorded by Mangilal Rao and Bhagirathrai Rao, two men from Mehlana village of Jodhpur district. Both worked for two years from 1976 to 1977 to gather this information from traditional writings. The Raos have been traditional recorders of historic events in Rajasthan since ancient times. From their research, it is revealed that people from 49 villages sacrificed their lives, 294 of them were men and 69 were women, 36 of them were married couples including one newly married one who was passing by Khejadali village when the massacre was taking place. This event is believed to have taken place on 9 September 1730. On 12 September 1978, the corresponding day according to the lunar Hindu calendar, a large fair was held at Khejadali for the first time to commemorate the massacre which now has become an annual celebration.

You can buy the book here.

Also read - Ardent environmentalists: how women of a Jodhpur village propel the Bishnoi sentiment for ecology and life.

Dr. Pankaj Jain is an Associate Professor in the Department of Philosophy and Religion University of North Texas. He has taught Indian Films, Sanskrit, Hindi/Urdu languages, and literatures at North Carolina State University, Rutgers, Kean University, Jersey City University, and the University of Iowa. In his scholarship he connects the ancient Indic traditions of Hinduism and Jainism with contemporary issues – particularly the environment. Currently, he is editing the Hinduism section for the Encyclopedia of Indian Religions (Springer) and also writing a book on the history of Jains and Hindus in the Americas. He tweets at @ProfPankajJain.