That Tanishq Ad: When You Refuse To Have An Honest Conversation, A Fervent Backlash Is What You Get 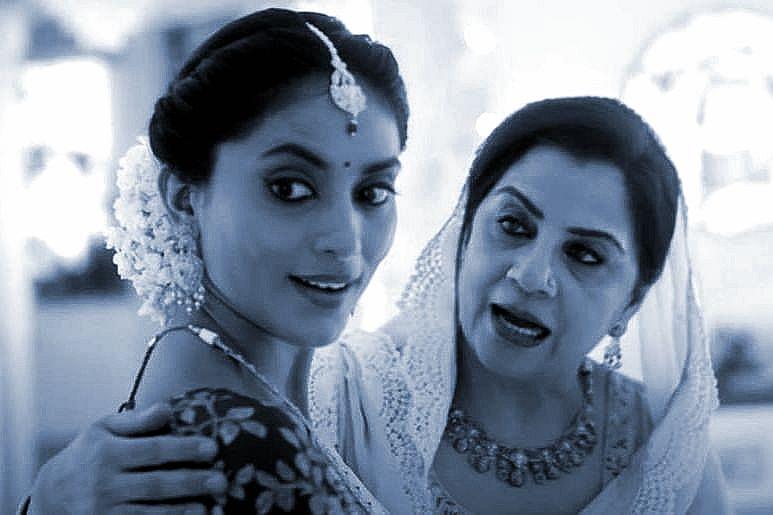 A screenshot of the Tanishq ad in question

I have to say, I liked the Tanishq advertisement that was withdrawn recently, after huge online outrage. It showed a pregnant Hindu daughter-in-law being led by her Muslim mother-in-law, to a surprise godbharai ceremony (baby shower).

The delighted but confused young woman turned to her mother-in-law and said, “but that’s not your tradition.” The mother-in-law lovingly replied that keeping daughters happy was a tradition in every home.

Isn’t that such a positive message?

That apart, the advertisement was visually appealing. There were beautiful women wearing gorgeous jewellery. The lighting and colours were soft and muted. And the overall mood was warm and harmonious.

So why were so many people upset? After all, this advertisement portrayed a fantasy, as most advertisements do. The story was not real. It was a vision of a wistful, blemish free world.

I believe that the outrage was the cumulative effect of multiple factors, many of which are interlinked.

The first problem was timing. Even a rookie in advertising knows that timing is everything. A brand needs to speak to the target audience when they are receptive.

This advertisement came at a time when people are still grappling with the tragedy of 20-year-old Rahul Rajput. The young man fell in love with a Muslim girl in Delhi, and was beaten to death by her family.

Similarly, in Karnataka, 24-year-old Laxmipathy was recently lured and strangled by a girl’s father, for the same reason.

The details of their brutal murders are still fresh in public memory. At such an emotionally fraught time, trying to sell a rosy story of inter-faith love was perhaps a miscalculation.

Secondly, there is structural dishonesty in our public discourse. Brushing uncomfortable issues under the carpet has become a default reaction.

For instance, there is a big debate around “love jihad”, or the view that some groups of Muslim men deliberately target Hindu women, often faking their true identity, to entrap them.

Instead of clinically assessing the available evidence, and having an open conversation on the veracity of the allegations, people are shamed, labeled and bullied into silence, for merely asking questions.

The problem with such an approach is that while it shuts up people in the short term, it does not make the underlying issues or perceptions go away. Instead they fester, grow larger, and lead to fear and resentment.

Thirdly, there is a growing sense of dissonance.

What is being repeatedly told to people about “Ganga-Jamuni-tehzeeb”, often seems at odds with their lived reality.

They regularly hear stories of Hindu girls marrying Muslim boys, and then being pressurised to convert . Many who resist are tortured, or even killed. While it is possible that confirmation bias is magnifying the issue, surely we need to address the concerns of the people who are raising them?

Fourthly, there is the issue of reciprocity. In any relationship, be it social or personal, there has to be mutual give and take. It need not be equal at all times, but there has to be some semblance of balance.

If people are always expected to pussy foot around the sensitivities of only one community, and consistently dismiss the sentiments of another, there is bound to be a pushback sometime. Asking someone to “be a bigger person” or be “more tolerant” can only be stretched up to a point.

In this advertisement, for example, a Hindu girl is married into an open-minded Muslim family. How many times have we seen the roles reversed? What would happen if, for instance, a Muslim girl in a bindi and sindoor, was being depicted in an equally open-minded Hindu home?

If you recall, when director Mani Ratnam portrayed a Muslim girl marrying a Hindu man in the film Bombay (1995), screenings were disrupted and a bomb was hurled at the director’s home. He had to be hospitalised.

In 2001, a film called Gadar: Ek Prem Katha, portrayed a Muslim woman with sindoor, and there were riots in Bhopal, Ahmedabad and other parts of India. Such reactions have ensured that reverse depictions are rare.

Finally, I believe a large part of the backlash stems from the never-ending hypocrisy of a certain vocal brigade. This tiny lobby has an opinion on every issue but seeks resolution of none. It justifies riots in Sweden over the burning of a Koran, but flays those who find an advertisement offensive in India.

They turn a blind eye to the systematic kidnap, rape, and forced marriage of Hindu women in Pakistan, while vocally opposing the Citizenship Amendment Act (CAA), which provides refuge to such women in India. People have watched the double standards play out, day after day, and have had enough. They have reached a point of allergy.

Sadly, as with other inter-religious issues that have cropped up in the past, the response to the outrage against Tanishq has followed the standard template: blanket labelling and abuse.

We’ve heard these terms being thrown around ad nauseam, to the point where most people seem immune. Name-calling or talking down can never be a substitute for robust debate. Some day we will all need to grow up, grow a spine, and have difficult conversations. That is the only way we can have real harmony. Otherwise, the anger and resentment will manifest in unexpected ways, and bite you when you least expect it.