The Indian Cricket Team Must Shun Its Wokeness 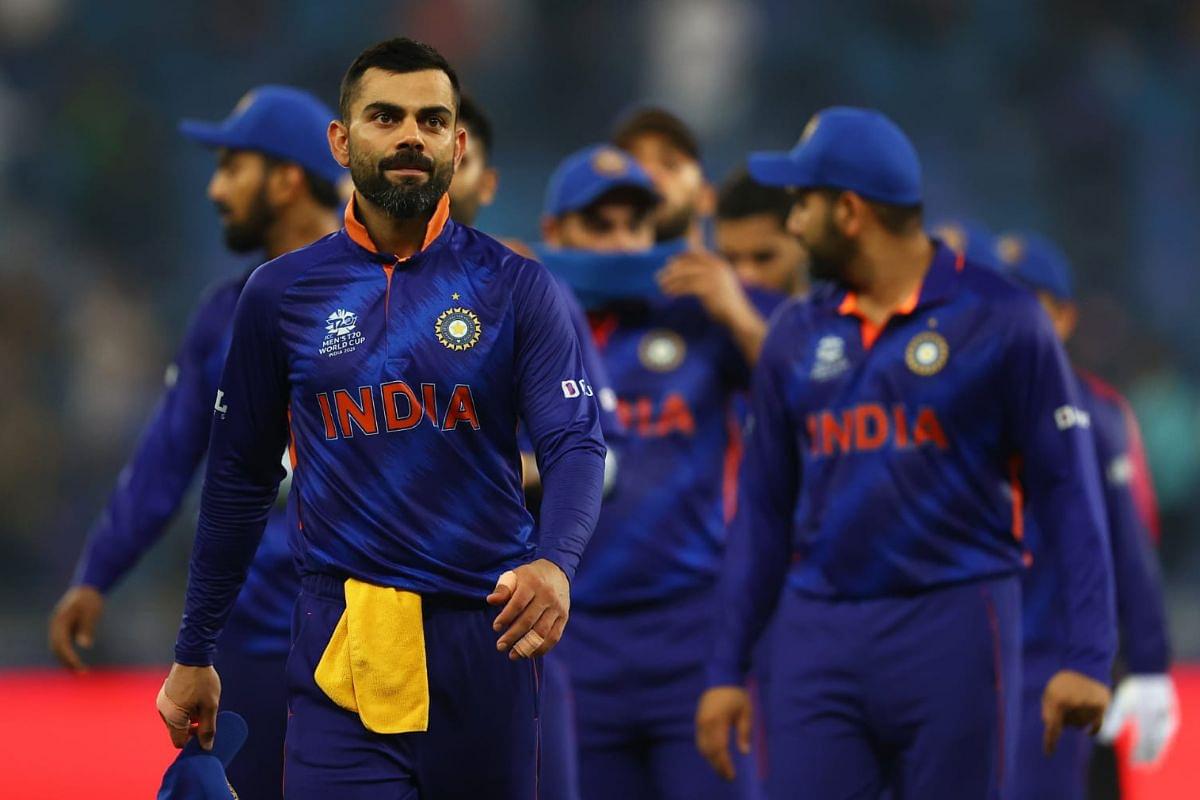 Truth be told, there was going to be a day, someday, when India would register their first defeat against the Pakistani team in a World Cup tournament. Unfortunately, yesterday was that day. India had also lost to Pakistan in the Champions Trophy before in 2017 final and then bounced back in the 2019 World Cup, and therefore, no reason to believe that one bad day of cricket is the end of the road for the team or the players.

The hangover of the defeat won’t linger on for long as well, as evident from the final of 2017 Champions Trophy. Given there is a decent chance still of India making it to the semi-finals, and a long-shot, but a shot nonetheless of India meeting Pakistan in the final of this World Cup, as was the case in 2007, one can never be sure of how things turn around. Sure, India may well lose their next game to New Zealand and call it a day, but for now, all possibilities are on the horizon.

Ideally, yesterday’s (24 October) performance can be dismissed as one of those days when things are beyond one’s control. In the same week, India did defeat England and Australia in separate warm-up encounters and while they were not official, they were not without the intensity of a routine game.

The sourness of this defeat, however, is aggravated by the prevalent ‘wokeness’ within the Indian National Team, starting with Virat Kohli, the captain himself. The wokeness, unfortunately, is not restricted to the current players alone, but even those who have retired from the game or are a part of cricketing leagues.

The first point of contention is the ‘bending the knee’. While the players must be questioned for making a fool of themselves on the ground by bending the knee and becoming a part of an apology they never had any stake in, what explains the go-ahead given by the BCCI? Surely, as things are within this club, one can assume that Jay Shah, son of Home Minister Amit Shah, and ex-captain Sourav Ganguly were aware of this stance. What explains the collective delusion that hit the management and the team?

Have Indian Hindus acted in an inappropriate manner against the Blacks in America? Have they denied them their rights? Do the Hindus in America have a history of owning slaves? No, then when did ‘Black Lives Matter’ become our problem or a movement that concerns us or warrants our participation?

While cricketers, as any individual should in a democracy, have the right to express their political views in a personal capacity, what explains the team, donned in the colours of India, bending the knee before billions of viewers across the globe? Who was Virat Kohli, as the captain, leading the boys, trying to appease? On their Instagram handles and Twitter profiles, players as individuals are free to express their support for anything under the sun, but not when they are representing India and that too on the international arena.

The same stunt has been pulled off by many other teams in the recent past including England, Australia, South Africa, and even during one of the IPL games in 2020 where Hardik Pandya was seen bending the knee on the pitch, probably because of his closeness to Kieron Pollard, one of the vocal voices on the issue of 'Black Lives Matter'.

While one justification can be that given other teams too decided to bend the knee, it made sense for India to do so. However, how many of these teams will bend the knee or do an equivalent when it comes to atrocities against Hindus in Bangladesh and Pakistan, two other ICC nations? Will Australia ever bend the knee for even one isolated incident of racism against the Indians there? Will England ever bend the knee for 200-years of atrocities against the Indian subcontinent in a match against India, Pakistan, Sri Lanka, or Bangladesh?

The wokeness can be witnessed off the field too. Harbhajan Singh, blind to the reality of Hindus and Sikhs in Pakistan where Sikh girls have been kidnapped and converted in the recent past, still parrots the Aman ki Asha narrative, only to be corrected by his counterpart, Shoaib Akhtar, who proudly proclaims the two-nation theory. If that’s not enough, he goes on to endorse a charitable foundation of Shahid Afridi on Twitter, the same Afridi who is often seen in Pakistan Occupied Kashmir, riling up locals against India and the Indian forces.

Yuvraj Singh and Shubman Gill, both from Punjab, continue to remain oblivious to the realities of farmers in the state, and want the government to bend the knee on the issues of farm laws, and while they dilute their statements or endorsements on being called out, they make zero efforts when it comes to calling out the violence by the same protesters on Republic Day.

If everything else fails, there is always Virat Kohli to tell Hindus how to celebrate Diwali or why to not burst firecrackers, oblivious to the firecrackers that are burst in several pockets of India each time when India loses to Pakistan.

Cricketers in India are more than individuals, and for reasons right or wrong, what they say is not equivalent to what some random influencers on any social media platform utter. Their statements, endorsements, and stances have repercussions on a national level.

The Indian Cricket Team must shun its wokeness going forward, starting from the captain and the management. In defeat or victory, the team shall always find the support of the country, but it is the prevailing wokeness that is beginning to get obnoxious and unbearable.

That’s one ‘meaningful’ tip for Virat and his men.