The Many Problems With Asking For Reservations In Judiciary 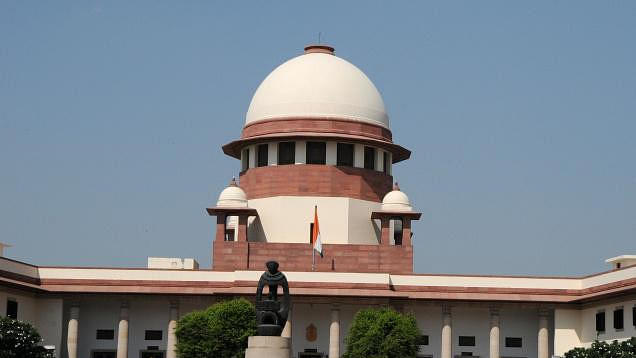 A judgement delivered by a bench of justices A K Goel and U U Lalit of the Supreme Court of India in the case of Subhash Kashinath Mahajan Vs State of Maharashtra and Others, approximately two weeks ago, has given rise to a huge controversy. Some citizens of Scheduled Castes’ (SC) and Scheduled Tribes’ (ST) background have staged demonstrations leading to loss of life in some cases. Some media houses contributed to aggravating the situation by simplistically furthering their divisive agendas, and painting an erroneous picture that the judgement has resulted in a dilution of the rights accorded to these communities.

One media portal has gone the extra mile in this article, and sought to suggest that the outcome of the judgement is such because there was no SC/ST representative on the bench that decided the case. It is inexcusable that after making such a serious allegation, the article in question does not make any mention of the facts of the case in which the judgement was delivered.

Let me add some perspective. The appellant in the case was the Director of Technical Education in Maharashtra, Subhash Mahajan. Let us first look at why he was accused of committing offences under the Scheduled Castes and Tribes (Prevention of Atrocities) Act, 1989?

The complainant was also an employee of the said department. Two officers in the department had made an adverse entry in their annual report stating that the complainant was not of good character. On that ground alone, the complainant registered a first information report (FIR) against them alleging caste bias. Mahajan was approached by the police for his sanction in accordance with Section 197 of the Code of Criminal Procedure (CrPC) before they could proceed against the two officers who had filed the adverse report. The allegation against the officers being utterly meaningless as per Mahajan, sanction to proceed was refused. This is the sole reason why Mahajan in turn was also charged under the Atrocities Act!

On being denied relief by the Bombay High Court, the director approached the Supreme Court to quash the criminal charges against him.

The judgement in the present case has arisen out of the above scenario. The court has quoted figures from the National Crime Records Bureau submitted before it and said that given the glaring data pointing to frequent misuse of the Atrocities Act, directions need to be passed to ensure that no mechanical arrests are made without due application of mind and at least a preliminary enquiry. The court has further said that anticipatory bail may be granted in appropriate cases. If the court is not debarred from granting anticipatory bail in the most heinous of offences such as murder, rape, sedition etc, then why debar it from granting anticipatory bail in matters under the Atrocities Act? Not doing so would be a violation of Article 14.

Is it really a bias if any other person acting in a similar manner would have been subjected to the same treatment? Consequently, is it not actual bias if certain groups of people are granted immunity where no other group would be? A bare reading of the judgement will reveal that the rights afforded in the Atrocities Act have not been diluted per se. It may be noted that the apex court cannot and should not add to the provisions of a legislation or take away from them. The court can only interpret a legislative provision or strike it down as unconstitutional and that is exactly what the court has done in this case.

The said article is strikingly silent on all these points. It instead quotes a law student saying that it is not explicitly stated anywhere that there can be no reservation in the higher judiciary.

This statement as it turns out, is incorrect. The Supreme Court, since the time of the Indra Sawhney judgment (1992 Supp (3) SCC 217), has repeatedly held that there should be no reservation in appointments to higher posts requiring technical qualifications, because the same will be a huge compromise on efficiency. More recently, in 2015, a bench of the Supreme Court headed by former chief justice of India T S Thakur dismissed a petition by Justice Kanta Prasad, a district-level judge, asking to be elevated to the High Court of Uttarakhand on the basis of his caste. The former chief justice strongly objected, stating that there was no provision in the Constitution providing for caste reservation in the higher judiciary. He also, very appropriately, pointed out that reservation can never be claimed as a matter of right.

It is thus amply clear that the author of the piece did not bother to read up on any of the above before making the serious accusation that she made, and neither did her editor, before publishing it, and endorsing it further. That their accusation is without an iota of basis, much less any understanding of what the judgement says, makes them liable for contempt of court.

It is important to understand why the champions of caste reservation want such reservations in the judiciary in the first place. The answer ordinarily given for that question is that some members of SC/ST/Other Backward Classes (OBCs) want their perspective to be understood and kept in mind while judgements concerning them are delivered. Indeed, a short while before assuming office, former chief justice of India, P Sathasivam, gave an interview to The Telegraph, saying that there must be reservations in the higher judiciary. He said that SC/ST/OBCs “must have some sort of reservation and representation” subject to fulfillment of “minimum requirements”. He also said that they must be given “some concession”. That a former chief justice feels that the judiciary must be formally fractured along caste and community lines by giving concessions is very troubling.

More recently, two judges of the Madras High Court made a case for reservation on communal and caste lines. Addressing members of the Madurai Bench High Court Advocates Association, Justice P R Shivakumar called the current practice “elite untouchability” stating that the Supreme Court and High Court collegiums should have judges from minority and backward communities so that more judges from the said communities may be appointed. Justice Hariparanthaman spoke at the same event and said that the question of merit doesn’t arise in judicial appointments at all because “education has become a business in this country”. He also went on to say that “all those who oppose reservation are scoundrels”.

Yet, the “why” question has not been answered by any of the above judges. In fact, by suggesting that caste must be made a consideration in judicial decision-making, these judges as supporters of reservation, are primarily guilty of indulging in definitive casteism.

Irrespective of what a bunch of agenda-driven individuals want, the introduction of caste-based reservation in the higher judiciary will not stand the judicial test of reasonableness. Caste reservations, if ever considered in appointments to the high courts and the Supreme Court, will face numerous practical as well as constitutional hurdles.

Let us concentrate on some practical difficulties first. The term ‘Dalit’ is currently used in representative capacity for all the Scheduled Castes, their sub castes and occasionally for even Scheduled Tribes. However, there are thousands of castes, their sub castes and tribes in India. Due to the sheer numbers, it will never be possible to represent all these groups on the bench at any given time. Is it suggested that a case concerning any of them will not be decided fairly unless there is a constant representative from the exact sub-caste on the bench? The number of fair representatives will at least theoretically have to run into hundreds, so should any cases concerning the exact community be shelved given any such absence? The judiciary currently has no reservations on any basis – vertical (caste or class) or horizontal (gender, physical handicap etc). Once we start introducing reservations on one basis, there will be competing claims from other factions of society asking for reservation too, leading to a complete institutional paralysis. After all, there is no one good way of dividing society – there could be claims for reservations on communal lines, language, gender etc.

Apart from the judgements of the Supreme Court already mentioned above, there are at least three constitutional hurdles that will have to be crossed.

Firstly, the oath of office taken by judges of the Supreme Court of India and the high courts is contained in Schedule III of the Constitution of India. Before assuming office, all judges of the high courts and the Supreme Court are required to affirm that they will perform the duties of their office without fear or favour, affection or ill-will and that they will uphold the Constitution. The oath of office is administered to ensure that judges put their individual identities behind and embark on a journey of impartial decision-making. It will have to be explained how the sanctity of this prized oath is not a sufficient reassurance of able and adequate representation for all our peoples.

Secondly, the tall test of reasonableness under Article 14 will have to be met. The proponents of caste reservation will have to show that there is a rational nexus between the wrong that is sought to be remedied, and the measure that is being taken to remedy the said wrong. Given the oath of office administered to the judges of the top courts, it will be impossible to show that there is any wrong being done to any group or community. Even if some bias is indicated, it will be impossible to show that introduction of reservations in appointment is the solution to the issue.

Thirdly, Articles 124 and 217 of the Constitution, which deal with appointment of judges to the Supreme Court of India and the various high courts respectively, do not speak about reservations in appointments. If at all reservations are introduced in higher judicial appointments, these articles will need to undergo constitutional amendments in the first place.

Reservations of any form in the judiciary will result in an inefficient, splintered and deeply identity-conscious justice delivery system that will result in brazenly flouting the constitutional mandate. The core rationale behind reservation was to gradually eliminate caste discrimination from the national discourse. This is the reason why reservation wasn’t meant to be perennial in the first place but is, even today, in some cases (eg Article 344) renewed every 10 years through constitutional amendments. What it has done on the contrary, is to make caste an entrenched identity instead of annihilating it. Due care must be taken to ensure that legislations such as the Atrocities Act or measures such as caste reservations are not used to perpetuate casteism rather than further the original intent to bury it.