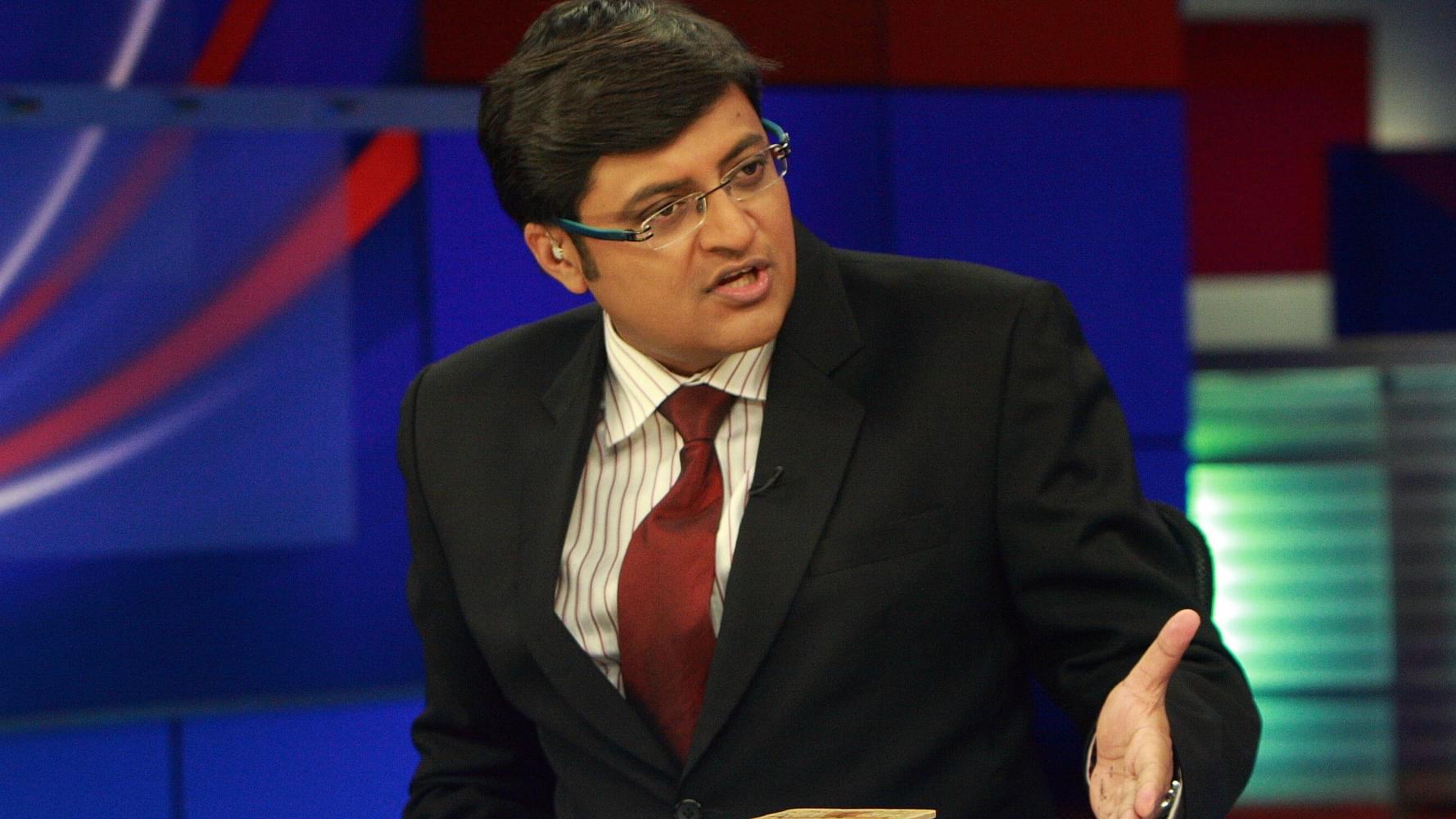 Few people manage to create a buzz long before the public gets a whiff of what they are up to. But Arnab Goswami, the Amitabh Bachchan of news TV, who is just a “few weeks” away from the launch of his new venture Republic TV, has managed to not only make ripples, but also elicit a couple of hit-jobs on him from envious rivals, and legal notices from his former employer, The Times of India.

That’s precisely the kind of attention his rivals can ill-afford to focus on him for Goswami is happily turning it to his advantage. Today (17 April), the scourge of anti-India baddies, went public alleging that an unnamed media house was trying to stop him from using the phrase “The Nation Wants To Know”…”.

No prizes for guessing which media house that is likely to be, but in a message posted on Youtube, Goswami moved in to make the most of this legal threat to send him to jail for use of this phrase.

Huh? The Nation Wants To Know is phrase owned by a media house?

But Goswami, never one to shy away from a fight (Times Now viewers will vouch for that), came up with a response that would have done Salim-Javed proud.

“The threat of imprisonment will not deter me. Bring your moneybags, your lawyers, file the criminal case against me for using the phrase “Nation Wants to Know”. Do everything you can, spend all the money you have and arrest me. I am waiting right now in my studio floor. Come, enforce your threat.”

Goswami, who changed the news game at Times Now and left an entire army of rival anchors gnashing their teeth in fury as he walked away with the audiences, had already drawn his first legal notice from TOI for an interview he gave to Man’s World. In an interview to that magazine, Goswami effectively suggested that his former employers cared more for money than independent journalism. He also expressed his disdain for a failed effort by the newspaper group to talk up an Aman ki Aasha with Pakistan, despite that nation’s many perfidies. His peers in the editorial world would not have been amused by his references to the Radia tapes, which caused red faces among some newspaper and TV journalists. To Goswami, some of his rivals were “compromised and co-opted media.”

The big question, though, is what he will do with Republic TV. While the USP of the new channel is obviously Arnab himself, some media watchers have begun wondering if the formula that worked for Goswami at Times Now can be repeated with the same results at Republic TV. After all, few people who succeeded at the Times, with all its marketing clout and endless cash resources, have been able to repeat the feat once they went on their own. The Times Group has always proved that the brand is greater than the people who create it.

But then, for most people Arnab Goswami is the walking, talking, hectoring brand, not Republic TV. If he succeeds at his new venture, which is bankrolled by Rajeev Chandrasekhar, MP, and some others, he will prove that the anchor is the brand, not the channel.

When I talked to Goswami, he appeared confident that he has state-of-the-art technology, the studios, and the people to succeed. A 300-strong team, many of them young twenty- and thirty-somethings, is said to be raring to go. While the main studios are in Mumbai, Goswami can effectively operate from anywhere.

While the idea is to create Republic TV as a global platform, the initial focus will obviously be on Indian news, since this is where the moolah is, and this is where his rivals are massed against him. Does he have lots of programmes ready to roll? Goswami won’t say, except that he will go with the “flow”, and is not “overplanning anything”.

Judging from the number of envious editors who are hoping Republic TV flops, Arnab has already succeeded in making it a name to reckon with even before launch. At Times Now, given his tendency to take on various interests in no-holds-barred verbal duels, legal notices would probably have been showered on him like confetti.

At Republic TV, he has collected at least two of them even before launch. That, for a news start-up, can be a badge of honour.