The Road To A Cashless Drive Is Still A Bumpy Ride 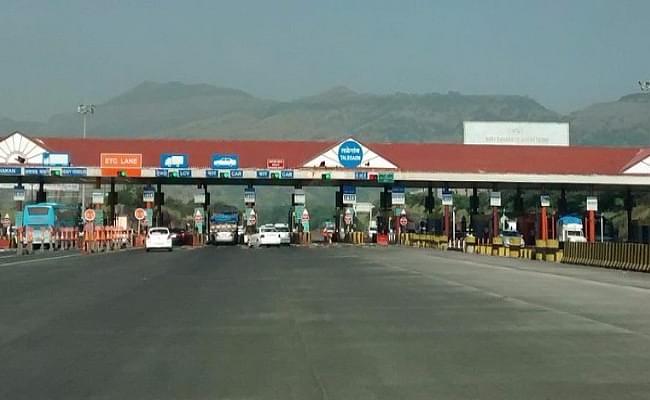 The Government of India recently announced its intention to get toll plazas to go cashless. Immediately following the scrapping of old, high-value currency notes on 8 November, toll collection across National Highways was temporarily suspended. The suspension was lifted earlier this month with the government announcing incentives to promote cashless transactions across various sectors with highways featuring prominently among them.

Last week, the National Highways Authority of India (NHAI) announced that several toll plazas would accept Paytm as a payment method. The user would simply have to scan the QR code at the counter and pay the toll through the app. This is but one of the numerous methods that are being implemented in the highway sector. Many toll plazas have even set up card-swiping machines to allow users to pay their toll with credit or debit cards.

These methods, however, are still not helping the situation. The purpose of adopting cashless payment methods is generally to ensure quicker, more hassle-free transactions. At a toll plaza, the user hands over the money to the operator, who gives back the change, if any, as well as the ticket. If a card has to be used, the operator has to take the card, swipe it, enter the amount, hand over the machine to the driver to enter their PIN and then print the ticket after the transaction has succeeded. This is still a relatively substantial waste of time.

Even if the Reserve Bank of India-mandated two-factor authentication (2FA) is taken out, a regular transaction would still take time. At the same time, given that a lot of toll plazas are not located in urban areas, mobile connectivity also becomes a hindrance, for cards and mobile wallets.

Given that there are these challenges currently with existing systems, two alternatives could work better.

The simplest of all cashless systems is the smart card. It is used on Metro Rail corridors, suburban trains and even buses. A user gets a prepaid radio-frequency ID (RFID) card, adds money to it and uses it. This card need not even be exclusive to toll plazas. As discussed last month, in 2012, the government launched the More Card, amid a lot of fanfare, as a common mobility card that could be used on buses, trains, metro rail, ferries and toll plazas. However, it did not see a proper roll-out and died a natural death. But in 2015, the government revived it with a proposal for a new card, based on international standards.

If, however, there is one problem with such a prepaid card, it is theft. If the card is stolen, it can be used by the thief anywhere.

A more feasible solution for toll plazas would be an on-board unit (OBU). An OBU is a physical device affixed to the windshield of a vehicle that can be scanned by a sensor at a toll plaza. OBUs have been in use for a while now, with the NHAI-built Electronics City Expressway in Bengaluru using it for monthly passes and the Mumbai-Pune Expressway introducing it for prepaid toll payments in 2013. However, these methods were not used everywhere as different toll plazas offered different devices for payment, none of which were interoperable.

In 2014, the system was overhauled with the launch of FASTag, a common RFID-based OBU device that could be used across all National Highways. FASTag, developed by the Indian Highways Management Company Limited (IHMC), a tie-up between the NHAI and the National Payments Corporation of India (NPCI), is an RFID sticker that is affixed on the front of a vehicle, similar to the E-ZPass used in the United States. It is linked to the vehicle that it is affixed to, mainly to avoid it from being misused while paying different toll amounts for different vehicles.

Another function of this link is to allow local people living in the vicinity of a toll plaza to avail of the subsidised toll rates. FASTag eliminates the need for 2FA because the second of two factors of authentication is the presence of the vehicle itself. Since the tag is fixed on the vehicle, it is difficult to tamper with it.

The only way to misuse a FASTag is by stealing a vehicle. In that case, if the FASTag is used, an SMS notification is sent to the owner’s mobile number, thus making it easier to find the vehicle as well.

However, there are some other issues with FASTag:

A drive from Bengaluru to Belagavi reveals that some toll plazas have FASTag lanes, but they aren’t functional. The Hubli-Dharwad bypass does not even have electronic ticketing; tickets are issued from a booklet, thus leaving no scope for FASTag. If this is the case with one of the most crucial arms of the Golden Quadrilateral, one can imagine the situation across India.

Further, with only 21 PoS for getting a FASTag, customers in cities like Coimbatore or Guwahati have to travel a minimum of 350km (Bengaluru or Kolkata) to get one.

The NHAI needs to learn from this and make suitable amends. Here’s how they can go about it:

FASTag was supposed to resolve the problems on Indian highways. With demonetisation, it should have made things easier for the common man, but unfortunately, sloppy implementation has let it fail.