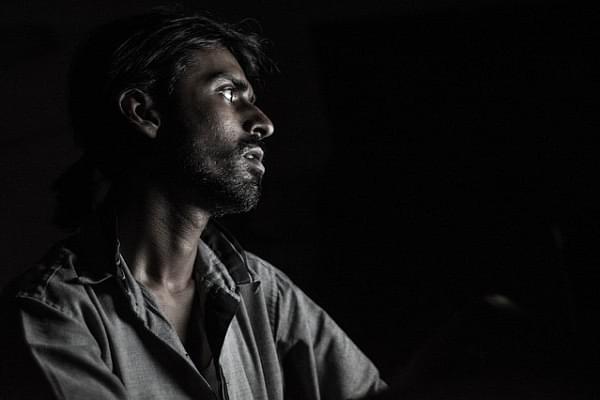 In media trials involving claims of a crime against a woman, there is never another side to the story because the accused is a “man” and one whose innocence doesn’t matter.

I still remember that panel discussion on Times Now, anchored by none other than Arnab Goswami in 2015, when a Facebook post by Jasleen Kaur, with nothing else but the picture of a man who she called a “pervert, molester” went viral. The post was shared by thousands of people, and she gave interviews to several media outlets which began the media trial of this man called Sarvjeet Singh. As Kaur shed tears on national television, saying how traumatised she was by the experience and how she had all the right to call this person a pervert and a molester, garnering sympathy and support of the entire nation, my feeble but rational voice asking for the other side of the story was condemned, ridiculed, and shunned.

In such media trials, there is never another side to the story because the accused is a “man” and one whose innocence doesn’t matter. Times Now did not stop at just the debate. One of their journalists, Pooja Shali, went on to put pressure on Singh to “confess” that he indeed was a molester, in an interview with him. The intention was clear – take a stand and then project everything in a way that supports that stand. Facts be damned, evidence be damned, possibility of what’s being claimed be damned. Singh was “Dilli ka Darinda,” and his mother and father were the parents of a “molester.”

That night, in the Twitter world, I was an enemy of several Twitter users. While they defended the dignity of a woman, I was called a rape apologist, a disgusting woman, a woman who pimps girls for rapists, and much more. Most of these comments were by women. Although I see such abuses as professional hazards that come along with the kind of work I do, these tweets remain in my mind because I invited this wrath only because I asked for Singh’s side of the story.

Cut to 2018. It’s been three years since this much-hyped “molestation case” took off. In the immediate aftermath of the media trial, the organisation Singh worked at threw him out of the job. Since then, he has changed several jobs and, at every juncture in his professional and personal life, he is ‘the man who molested a girl on a red light junction’, the man who has a criminal case against him.

The imagery built in the mind of people at large would be that of a hapless woman, molested in a public place where no one came to rescue her or take a stand for her. Only if people paid attention to only the picture of the event, where the people close to Singh were not even looking towards him – something they would likely be doing if he was indeed committing a crime – forget getting to know that someone was being molested there.

The First Information Report (FIR) filed against Singh mentions a swear word that he allegedly hurled at the woman and he apparently said, “You can take the picture, but I will see if you file the complaint.” This statement got him charged with three criminal offences under Sections 354A, 506, and 509 of the Indian Penal Code.

Singh has been doing the rounds of courts since then. He has to declare everywhere that he has a criminal offence registered against him. He has to report to the police station and inform if he stepping out of the city. Kaur is now working in Canada and has not appeared in the case since then. While she has claimed to the media now that no summon has ever been issued to her to appear in court, evidence from the court tells a different story. She has been summoned several times, and now a bailable warrant has been issued against her to appear and help complete proceedings in the case.

Three years, 13 hearings, multiple rounds to the courts, date after date, the fate of Singh hangs in the balance.

But he is not the only one.

There are innumerable cases where men go to courts, fight cases under “crime against women” sections filed on them, with the woman herself not appearing in the court ever after the initial complaint. The court neither dismisses such cases nor takes them to any conclusion.

Johan is fighting one such case. A woman who claimed that he molested her has not attended a single date after filing an FIR against him. He is desperate to clear his name because, again, these cases have costed him his job and his livelihood, but the woman is now in no hurry to proceed with the case. Recently, when the court gave yet another date to Johan, he put his foot down and told the judge that his Constitutional rights were being violated. He quoted Article 21 of the Constitution and emphasised that with such criminal charges on his head, his right to live a life of dignity is being violated.

Interestingly, the lawyer of the complainant woman objected to this basic demand of his because he and his client want to just harass him by stretching the case as long as they can. They want to take more and more dates because they know that the moment they are questioned, their lies will be exposed.

Shaurya has been charged with offence of rape by his former girlfriend. While he made no promises to her of marriage, when she started putting pressure on him for the same and he expressed his inability, she filed an FIR against him, saying “he raped her on promise of marriage.” Shaurya was immediately picked up by the police at 2:30 am and, as he reached police station, the FIR was yet to be filed. He saw his girlfriend sitting with some women’s organisation representatives, who were telling her what to write in the complaint.

Shaurya was beaten up by police officers and spent several days in jail on these charges. Now, it’s been two years since the woman has turned up in court, and the case lingers on. Shaurya, who was working with a multinational company, was asked to submit his resignation, and several companies rejected him after learning about the criminal case on him. He tells me that while the woman has moved on in her life, cheerfully posting selfies on social media, he is stuck as the rape-accused, not knowing when his case will draw to a close.

Aditya, too, is facing several criminal cases filed by his wife against him since 2015, including Section 498A. He travels every month from Delhi to Bengaluru for his hearings. His case reached the evidence stage in February 2017, but ever since then his wife has not come once to the court. While she was earlier putting all her might into getting maintenance assistance from Aditya, and regularly attending the court, the moment her demand was rejected because she left her well-paying job to claim the maintenance, she left for greener pastures. Now she is hopping from one country to another, and Aditya is stuck with charges of being a wife-beater, dowry-seeker, sexual harasser, and more. He has spent several lakhs to bail out his parents from the case and get them discharged from the frivolous charges put on them, but he doesn’t want to give in to legal extortion (his wife is asking for Rs 50 lakh alimony) and continues to fight to prove his innocence. Though there are non-bailable warrants against his wife now, it doesn’t make a difference to her because she knows the system is “for her.” Aditya has, in the last three years, attended at least 50 hearings, and if he misses out on a date, the judge gets angry.

Most of these cases have appeared in the media (media shaming works very well in such cases) with only one side of the story printed or told, the man and his family demeaned beyond comprehension. I remember a journalist telling me, “Since there is an FIR, I will do the story.” When I tried to bring in facts and evidence to the conversation, he said it did not matter! As I pleaded him to just listen to the man once, his response was, get a favourable order from the court and we will do his side of the story. When the court gave an order in favour of the man, looking at the facts and actual circumstances of the case, the journalist stopped taking my calls, and his side of the story never happened.

There are many instances like this. While a woman is taken at her word today, even evidence presented by a man are taken as lies. We are in times when the women’s commissions and the Ministry of Women and Child Development have formed a task force to amend laws and confiscate and impound passport and property of non-resident Indian men who desert their wives. Women deserting criminal cases filed by them, however, are just a “delay in the judicial process.”

The names of some people mentioned in the story have been changed to protect their identity.