Too Little, Too Late: India’s Delayed Action On Artificial Intelligence 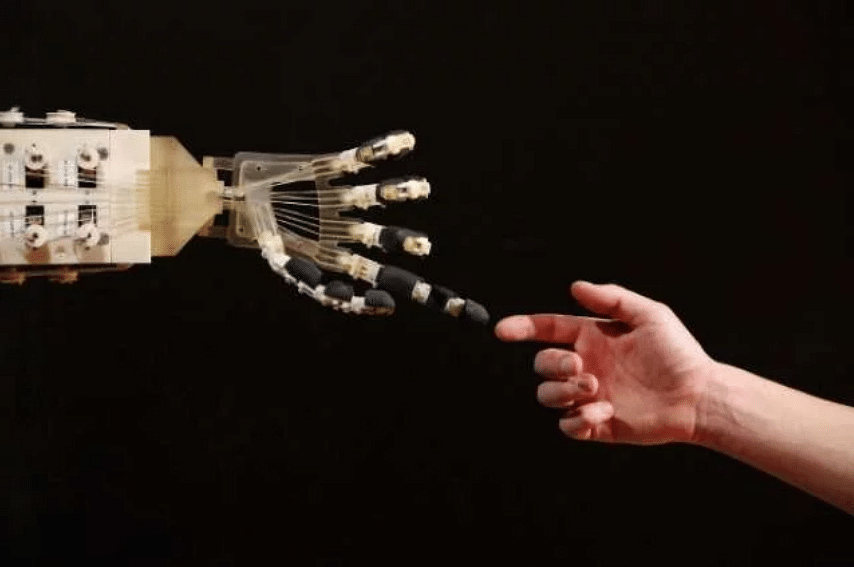 Robotics student Gildo Andreoni interacts with a Dexmart robotic hand built at the University of Bologna in the Robotville exhibition in London, England. (Oli Scarff/Getty Images)

Finally, the Task Force on Artificial Intelligence (AI) set up by the government of India has submitted its preliminary recommendations, pending a detailed report.

The set of recommendations, submitted last week, has raised many eyebrows as to the extent of work done by a group of experts drawn from across the academia, government and industry, with respect to the time consumed and the outcome, notwithstanding the delay by the government in setting up a committee to advise a strategy.

While many countries driven by technology have put their act together as early as 2016 to capitalise on the development and focused their energies to make benefits for their countries, India had a slow start by the middle of last year and set up a committee of 19 experts.

By then, most countries that have understood the importance of the new technology have progressed to a good extent to be ahead of the curve by working on to: 1) evolve a strategy to nurture, promote and innovate the technology, and 2) regulate the technology before it overpowers the growth of the economy in any unwarranted manner.

Most of these countries that ride on technologies have come up with strategies to deal with the emergence of AI by the middle of 2017. Sample this:

While all this was going on, India was struggling with its own baggage of issues on its economic front with demonetisation and introduction of a new tax structure. Sadly though, India has not had many policy makers in key positions who could pick up the signals early on and act in cases of such global developments on technology, security and economy.

India finally woke up when an Accenture report estimated that AI has the potential to add $957 billion or 15 per cent of current gross value to India’s economy by 2035, and another US company projected that 68 per cent of all Indian firms will deploy AI solution by 2020 in some way or other.

Policy makers also began to see the writing on the wall when the discussions turned around to possible job losses in the IT industry because of the ingression of AI. Contrary to the job loss projections by some sections, the industry witnessed a huge deficit of professionals trained in AI and machine learning, and it continues.

What has also made the Government of India to sit back and take a look at the AI emergence was that the nascent AI industry could generate a revenue of $200 million in 2017, which was exclusive of the revenue generated by large companies from this segment. In addition, almost $100 million funds were raised by over 60 AI startups in India in 2017. All this happened without any governmental support.

Therefore, the government was forced to consider evolving a strategy to deal with this emerging technology – to explore deploying it in government, public and private sector to increase efficiency, and to promote it to create jobs and wealth.

The terms of reference for the task force was to recommend how to take advantage of AI technologies, especially for saving cost in governance and for deployment in public sector and private sector; how to address concerns emerging out of deployment of AI solutions; develop strategy on policy and regulatory framework; and promote innovation with the intention of making India a leader in the space.

In seven months, the task force submitted its preliminary report on a technology that resolves problems in the speed of light.

In fact, over seven months of work by a committee of 19 experts raises questions as to whether a better result could have been achieved in a few minutes had the same work been allotted to a machine with AI and deep learning experience.

The most important recommendation of the task force is to set up a national artificial intelligence mission to act as a nodal agency to coordinate all AI related activities in the country. However, this looks more of post-facto after the same was provisioned and discussed in the budget this year. Though the mandate for the national mission has been proposed over a wide variety of areas including talent melas and challenge funds, the charter of the mission weighed heavily on setting up of six centres of excellence, which appeared more to keep the governmental control on the space.

Beyond the proposal of the national mission, there are hardly any innovative recommendations or timelines. Not to be missed, the report answered the questions posed to it through the terms of reference and recommended on building skills, policy making and standard setting. However, it was disappointing for the IT industry that keenly awaited this report to pick up the cues in innovating and expanding.

One reason for this short sight could be that the committee, set up to develop a strategy for an industry that has grown out of private investment and entrepreneurships, was heavily loaded with bureaucrats and academicians, who has no hands-on experience on what is going on in this space.

The task force had six academicians, five bureaucrats, two independent consultants, and two representatives of Indian IT companies. Even the very little wisdom that has come up could have been infused by the four AI start-ups that were represented in the committee. Leaders in AI research and development such as IBM, Microsoft, Google, Nvidia etc, have all been totally ignored from the task force.

Even industry associations like Data Security Council of India or National Association of Software and Services Companies had no representation. Generally, lack of larger industry participation is bridged by having industry consultations to ascertain the feel of the sector. Curiously, this has also not been attempted in the last seven months of its making.

And this poor representation, lack of consultation and zero inputs from those with hands-on experience have produced a document poor in vision and strategy.