We Can Double Farmers’ Real Incomes In Seven Years. Here’s How 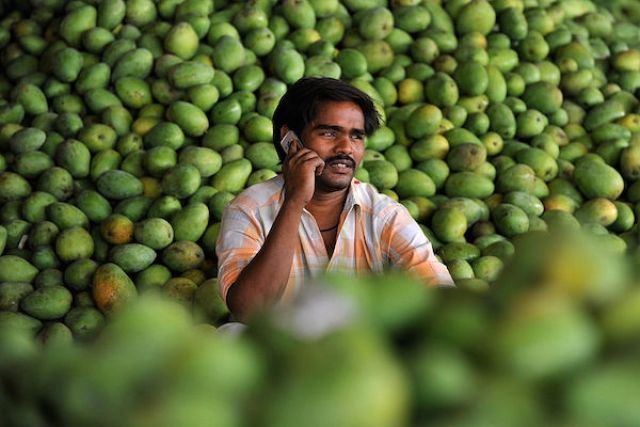 If the government wants to achieve its goal of doubling farmers’ incomes by 2022, it should engage the private sector to transform agriculture from an important component in the production-driven supply chain to a vital cog in the demand-driven value chain.

“But there is no intelligent strategy and some of the government’s initiatives that have grabbed the headlines do little to nudge agriculture onto a higher income trajectory,” says Sampudi Sivakumar, group head for agri and IT businesses at ITC. He compares Indian agriculture to driving only with the rear-view mirror. Farmers typically plant for the next season with the last season’s prices in mind and often come to grief.

When this correspondent visited Mysuru in the last week of July, he found an oversupply of tomatoes. Almost all farmers had stampeded into the crop, said Mohan Kumar— a young agronomist with online grocer, BigBasket. Prices had shot up in the last season because of torrential rains in the Chennai region and farmers expected the prices to repeat.

Farmers can insure the price risk by entering into forward contracts with processors or large traders to sell produce of a certain quality at a fixed price. Companies like McCain and PepsiCo have such arrangements. But if prices rise and farmers renege, the buyers have only legal recourse, which can be frustrating. It is possible for the buyers to be practical and enter into options embedded forward contracts where sellers will get the contracted rate in any case, but are also assured of the (higher) market rate obtaining at the time of sale. To hedge their risk, buyers should have recourse to derivatives or options, which are not permitted for commodities in India. Contract farming has also not caught on. In many states, the laws are not favourable.

The spread of the internet and mobile phones helps farmers access the commodity exchange and get an idea of prices that are likely to prevail during harvest time and beyond. But most Indian farmers cannot participate in futures markets (assuming they have the smarts) because the lot sizes are fixed and larger than they can afford. Aggregators can pool the small contracts into tradable sizes but such intermediaries are not allowed.

“Arbitrary bans and restrictions on the import and export of commodities, in response to price spikes and slumps, also create uncertainty and interfere with the price discovery process,” says Dinesh Sharma, President of Swatantra Bharat Paksh— a little known political party of the pro-market Shetkari Sanghatana, founded by the late Sharad Joshi. He also says commodity exchanges are poorly regulated. The volumes are thin, the margins are low and there is little delivery taking place. Prices are out of sync with those in the physical markets.

In April, the government launched the electronic National Agricultural Market (NAM). But it only moves existing processes into the digital platform without reengineering the processes. This is like bank computerisation in the early 1990s when clerical functions were automated but not displaced. Bank customers got control only after automated teller machines (ATMs) and internet banking were introduced.

Sivakumar says NAM allows farmers to sell through more “arhatiyas” or commission agents but they still have go through them. They have to take produce to the regulated mandis where they end up selling at the arhatiyas’ prices and terms because they would be saddled with the cost of transportation if they did not.

Giving the example of ITC, Sivakumar said that it buys 19 commodities across 220 districts in 21 states through e-Choupals. These are hubs through which the cigarettes and consumer-goods company buy from farmers and then sell them agri-inputs and services like soil testing and farm equipment repair. Farmers can take samples of their produce to these centres and sell them at rates offered, if the quality matches. Or, they can canvass for higher rates with other traders in the village.

But ITC has had to stop at four million farmers because of storage limits imposed by governments, ostensibly to curb inflation. These limits vary according to commodities and seasons and are different for processors and traders. Such policing methods warp the market.

With the weather becoming erratic, farmers need climate-resilient seed technologies, but government attitude to intellectual property rights is not helpful. Late last year, the Agriculture ministry brought genetically-modified Bt cottonseeds under price control. In May, it virtually set aside the rights of the patent holders to license their technologies. The order has been temporarily put on hold. But it has created uncertainty for innovators. Why should they sink money into research and development which might pay off only after 15 to 20 years, if they are unsure of recouping the investment and profiting from it?

Sivakumar says that the agricultural extension system needs an overhaul. The public-sector, centred on the Green Revolution days, will not help. At that time, farmers in north-west India were provided irrigation and given high-yielding wheat seeds with the assurance that the government would buy whatever they produced.

But diets have become varied. People consume less of cereals and more of nutritious foods like milk, eggs, meat, fish, fruits and vegetables and also not-so-healthy fried stuff and sweets. Apart from access to markets and prices, farmers need agronomic advice to profitably— and safely— grow the things the market wants. As part of the government’s job creation drive, it may be advisable for the government to create a market for such advisers, rather than provide indifferent service through its own dysfunctional extension system.

India will remain a smallholder agricultural economy. China has shown that smallholder farms can be efficient. Mobile apps can help organised retailers and food processors execute an Uber-like aggregation of small farmers, says Nandan Nilekani— the man behind the Aadhar identity number project.

The last doubling of farmers’ income (adjusted for inflation) took 13 years, says Sivakumar. The aim, now, is to repeat it in seven years. The National Sample Survey estimated the average monthly income of agricultural households in 2012-13 at Rs 6,426. There were regional variations with Punjabi agricultural households earning, on average, Rs 18,059 a month and those of Bihar leading from the bottom with Rs 3,558. Incomes also vary with farm sizes and crops cultivated; sugarcane and fruits and vegetables are more profitable than coarse cereals or pulses.

Ambition needs strategy. The government must create enabling conditions for the profit-driven private sector to leverage the enterprise of farmers. Show farmers money and they will produce.