What Bharathiraja’s Outburst Against Ilaiyaraaja Reveals 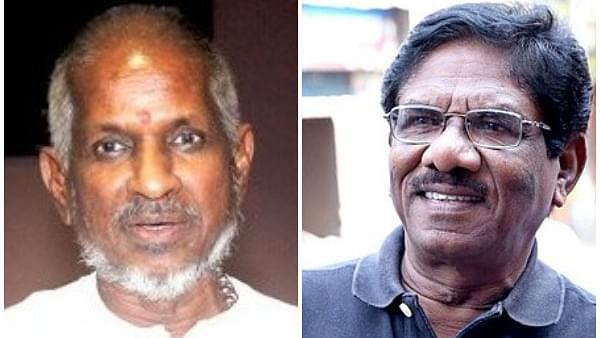 Bharathiraja, a famous director in Tamil Nadu for his romance movies set in villages during the 1980s, recently launched an attack on Ilaiyaraaja, the music maestro. Even as all the people in the state were celebrating the honour of the second-highest state award of India bestowed upon the Tamil genius, the attack came like the traditional “evil eye” put on children by their parents.

The once-famous director, whose most successes were also due to the music scored by the maestro, now accused Ilaiyaraaja of trying to be an “Iyer” (a jathi considered as belonging to the Brahmin Varna). Earlier, the same director had issued a statement in support of lyricist Vairamuthu. In this case, though, in a not-so-subtle hint at his and Vairamuthu’s communities, he went to the extent of saying that they would take arms and that those who oppose Vairamuthu should not let things to get to a point of making them “criminal castes” again.

Bharathiraja’s statements show what is deeply wrong with the Dravidianist worldview. The artificial construct of a separate racial Tamil identity that excludes the so-called Brahmin castes as well as Vedic culture (though both can, yet not necessarily, be mutually exclusive) is at the basis of this faulty perception. The maestro is a devotee of Ramana Maharishi. For the Dravidianists, the Hindu sage can be seen only as a Brahmin recluse made famous by the Brahmin media.

This view is faulty and untrue. One of the greatest devotees of Ramana Maharishi at the time was Omandur Ramasamy Reddiar (1895-1970), a progressive non-Brahmin chief minister of Tamil Nadu. Further, nothing in the history of the Hindu sage warrants such an assertion. There are many instances of Ramana Maharishi being radical in his own gentle yet firm Advaitic way. In fact, that traditional Advaitic life that he lived without much ado made more people find reform from the social stagnation of the time than the acts done by so-called social reformists.

For example, when he built the Matru-Bhuteshwar Temple, a particular traditional mutt’s head opined that the installing of a Shiva linga on the samadhi of a woman was not right. According to the mutt’s head, liberation of the soul, the “Advaitic mukti”, was not possible in the female body. So he even suggested that Vedic chanting should not be done in that place by Brahmins.

When this came before Ramana Maharishi, he simply pulled up a verse which declared that there can be no difference between genders in obtaining Advaitic mukti. Then, he said that if anyone felt compelled not to come to the ashram because of the suggestion of that famous mutt’s head, they were free to do so, but that he himself would stand firm in his principle.

Similarly, Ramana Maharishi was moved by the plight of women from the Scheduled Communities who worked in the field in the hot sun, so much so that he would take water to them and offer it by sprinkling it on them even as they continued to work, just so he could ease their suffering. Ramana Maharishi thus showed how inclusive and humanist Sanatana Dharma is, and how social reforms can be achieved in India not through shouting of slogans but through the conduct of every individual by firmly standing anchored to the pursuit of Truth.

However, Dravidianists who sought a confrontation by combining the worst of the Western models, could never comprehend Advaitic humanism which Ramana Maharishi embodied. Veteran art critic Venkat Swaminathan (1933-2015), who was initially attracted to the Dravidian movement, writes in his autobiography that he was shocked by the utter hatred with which the Dravidian movement rejoiced on the samadhi of Ramana Maharishi. “Their Bhagwan died a rotten death”, he recalls them writing. “Their” implied that Ramana Maharishi was only of the Brahmins.

So when an Ilaiyaraaja is a staunch devotee of Ramana Maharishi and gets high honour in the Ramana ashram, the Dravidianist worldview gets a rude jolt. With their inability to understand the universal Advaitic love of the sage, they start calling the music maestro names. As Tamil social media rightly replied to Bharathiraja, Ilaiyaraaja is not yearning to become an “Iyer”, but there are many “Iyers” who prostrate themselves at the feet of Ilaiyaraaja and yearn to become at least a fraction of what he is – not his fame and money but his spiritual state and musical genius – if not in this birth, then at least in another. And what is true of such Iyers is also true of most Tamils of my generation.

Perhaps the outburst of Bharathiraja is also symptomatic of what is wrong with a large section of our social sciences as well. At another level, the outburst is the crude rendering of the suave academic linear conception of so-called Sankritisation – the claim that so-called lower castes try to improve their social status by imbibing the cultural behaviour of so-called upper castes. However, the literary, epigraphic and historical evidence show that the different jathis and tribes, irrespective of their perceived social status, interacted, exchanging cultural behaviours, and the overarching Hindu spirituality is one of validating the diverse spiritual practices as equally divine and spiritual.

Sangam Tamil classic Tirumurukāṟṟuppaṭai shows simultaneous worship of Murugan-Skandan through “veetuva veri” or violent animal sacrifice-based worship involving a Shamanic priestess in altered state of consciousness along with Brahmins chanting mantras. In Odisha, we read in the Sthala Purana the Kshatriya king begging for forgiveness of the tribal chieftain and his cooperation before building the temple and installing the deity which belongs to the tribal clan. Yet, our sociologists have resolutely rejected the spirit of the organic interaction of these diverse cultural practices while focusing only on a reductionist linear and often untrue form of viewing all of this through the glass of “Sanskritisation”. This results in faulty understanding and ultimately to rendering gross injustice and insult to the greatness of a savant-genius like Ilaiyaraaja.

The obsessive-compulsive collective neurosis of the binary – Brahmin vs non-Brahmin, Dalit vs non-Dalit, Aryan vs Dravidian, tribal vs non-tribal – that the colonial models have imposed on us, both on our polity as well as our academia, needs to go. The basis of the Indic cultural movement is a deeply spiritual impulse. Every Indian seer, from Swami Vivekananda and Sri Aurobindo to Swami Sahajananda and Bharathi, has shown us that our culture has infinite dimensions, values pluralism and validates the innate spirituality of pluralist expressions of human aspirations at their finest. The inability to understand this grand idea is the result of an education that aims to perpetuate cultural illiteracy. This ultimately creates fissiparous tendencies in society, leading to strife and social injustice.

Not just Bharathiraja but also the Karni Senas, the Patidar casteists and such others are all a result of this cultural illiteracy which catalyses social conflicts. That one political faction gains and another suffers electorally also explains why such elements are given prominence in a section of the media. It is up to the people of India to understand these games and origins of these casteist outbursts.