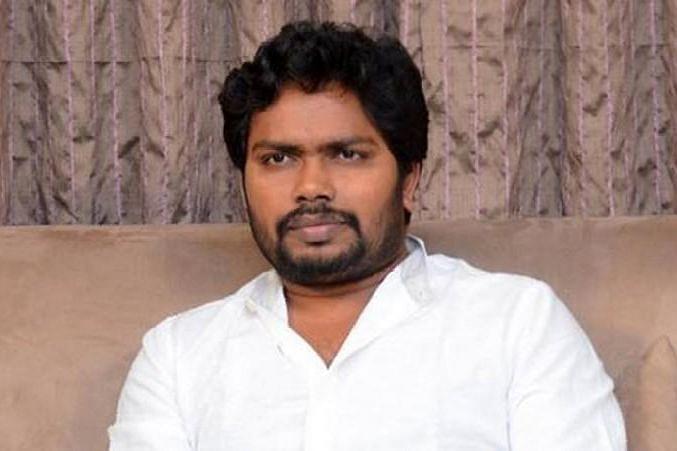 Now, Member of Parliament Thol Thirumavalavan has come to the defence of young Tamil film director Pa Ranjith. He had stated that almost all Tamil rulers had been supporters of ‘Brahminism’. Meanwhile, a lot of Tamil nationalists have started abusing Pa Ranjith and, generally, there is a feeling of hurt Tamil pride.

As explained earlier in an article by this writer, the statement made by Ranjith was abject nonsense with a vicious motive that could be either intentional or due to ignorance. It is historically unsubstantiated and spreads disharmony among the scheduled communities and rest of the population in the state. But demanding the arrest of Ranjith is nothing but an absolutely unjustifiable demand.

One cannot deny the right of a person to parade his or her ignorance. It is a democratic right. And one cannot use the fig leaf of ‘hurt sentiments’ either. A statement should be countered not because it hurts any section of the society but based on whether it is true or false. Let it be clear, what Ranjith said was a very specific instance with very particular details of a charade that has been accepted in colonial-Nehruvian-Marxist historiography.

Thirumavalavan has crystallised the essence of what Ranjith said when he stated that almost all Hindu rulers had cooperated with or were co-opted by ‘Brahminism’.

For the colonial historiography, Hindu dharma had no intrinsic value. So, if a Hindu emperor or a chieftain builds a temple, he should have done it only for very practical purposes — like for reasserting his divine right or for getting the ritual support of Brahmins etc.

Unlike Buddhism, and to an extent Jainism, with which the historio-centric worldview of colonialists could find some level of sympathy, with respect to Hinduism they could find no such sympathy. Buddha was a rational humanist and Mahavir was hyper ethical, but what about Hinduism? The only reason a king would build temples would be to assert his power.

When Nehruvian and Marxist historians took over, they simply added more elaborate ornamentation to the colonial view with their own pet concepts of surplus and superstructures determined and necessitated by controlling of means of production by the kings in collusion with priests. So donations like ‘Chaturvedi Mangalams’ simply came in handy. Go on a tour to any Chola or Chalukya temple complex with a PhD scholar of Kosambi-Romila Thapar school, and you would get an explanation as to why the kings built temples for Rama: to gain acceptance by identifying the ruler with Rama.

Why should the Hindu kings portray and popularise the puranas of a rebellious prince like Prahalada in whose story the king gets killed? Why should a king depict Trivikrama — where the king stands subdued before a midget boy asking for alms? Why should an epic, where the prince on the eve of his coronation accepts his own exile and renounces the kingdom, be popularised among the subjects by the king himself if he wants his people to be loyal, obedient subjects? Not that the divine right of the ruler was absent in India.

For example, in a telling inscription, a Chola emperor in the line of Raja Raja likens him and his queen to Shiva and Parvati in the Himalayas governing the world. In a few years, there is a change in an inscription where he speaks of Shiva and Parvati but likens himself to be nothing more than a bee circling the lord’s feet. If one goes through the annals of history of this particular Chola king, one wonders what changed his mindset? Sekizhar, his minister, had composed Periyapurnam, the epic of Shiva devotees, which placed the kings and the common people of varied professions on the same pedestal.

Sometimes the common devotee was even placed in a higher position than the king. If one looks at both the Bhakti movements, Saivaite and Vaishnavaite, one finds an assertion of common people over the so-called divine rule dictum. When Appar, the ardent Saivaite devotee, defied the summons of the king in his hymn message to the then Pallava emperor, he said: “I am no one’s subject, and even fear not death”. He was essentially articulating a democratic spirit rooted in the divine non-dual substratum.

If anything, the Bhakti movement which expressed itself in the form of temple construction and land donations to monasteries furthered the cause of people. The monasteries helped the artisans and farmers and all sections of the society including who are today scheduled communities. Remember that the publication of the lost ancient Tamil Jain epic Jivaka Sinthamani (also known as Civaka Cintamani) was published with the financial support of Saiva Atheenam by U Ve Saminatha Iyer.

However, these aspects have never been discussed in our historiography. Our historians always have depicted the king-religion relation as suppressing, anti-democratic and based on exploitative appropriation by an inhuman system. What the academic historians of this school have been expressing in our school textbooks and academic campuses, has now been expressed in a crude and rhetorical way by Pa Ranjith — he has the democratic right to say that.

Let us value that right even as we examine his statement and use that as an opportunity to take the truth to the people, and change the way we view our history. In a way, thus, we have to express our gratitude to him. Consider his ignorant or intentional angry statement as an opportunity to engage in a dialogue with him and other misguided people of our own family instead of abusing him or arresting him.

Whether it is Ezra Sargunam or Mohan C Lazarus, what they have been doing is not a democratic discussion or churning. Instead, they are spreading pure hatred. Consider the recent video by Sargunam. Whether it is Sargunam or Lazarus, they have good networking with all anti-Hindu political forces. They are not your usual run of the mill roadside evangelist frauds. They are big time players. They are fundamentalists who plan to take this land back to the same medieval darkness that reigned in Western Christendom. And in his recent video what does Sargunam say?

He says again what Romila Thapar says and countless other ‘constructionist’ historians say. He says that there was no such thing as Hinduism and that it was a colonial construction. It was only 200 years old at the most. It was only an administrative convenience for census created by colonial officials with Brahmins among them. Then he says that this view of history should be made into an evangelical weapon. This should be thrust upon people violently if needed. You could always seek forgiveness later from your god but now punch the Hindu in the face and give him a bloodied nose and make him listen to what you say.

”Punch them and give them a bloodied nose and we can always ask forgiveness to God later,” is a statement that echoes from a Christian past: "Caedite eos. Novit enim Dominus qui sunt eius”. Of course, Sargunam is Protestant and the statement comes from a Catholic holy man, the past 810 years away. It was recorded as a statement/suggestion by Papal legate, his reverential holiness Arnaud Amalric, when he was asked if among the heretics they were going to massacre, there would be true Christians. Amalric in his own words would record triumphantly that “our men spared no one, irrespective of rank, sex or age, and put to the sword almost 20,000 people”. The famous words mean “Kill them. For the Lord knows those that are His own”.

See the uncanny pan-Christian echo across continents, centuries and denominations: “Punch them and give them bloodied nose for we shall ask our Lord forgiveness later”. Uncanny resemblance once seen is hard to miss. Here, what we have is an incitement to violence — a violence that would lead to massacres of all pagans of this land. The proximity, nay the ability to influence and extract favourable actions from political parties of Tamil Nadu by ‘bishop’ Ezra Sargunam, makes the venom of the statement even more dangerous.

So here we have two statements against Hindu culture, history and society. One from Ranjith and another from Sargunam. Both arise from faulty, biased anti-Hindu historiography that stems from colonial and Marxist lenses. Both are used to divide Hindu society. Yet, with one we have to have a dialogue — with that of Ranjith and with the next that of ‘bishop’ Sargunam, we need to take legal action for he incites genocidal violence that was the hallmark of Christendom before enlightenment from pagan sources brought light to the West.

If we do not do this effectively and intelligently, the former will soon morph into the latter.