Why The State Must Step Back From Running Temples 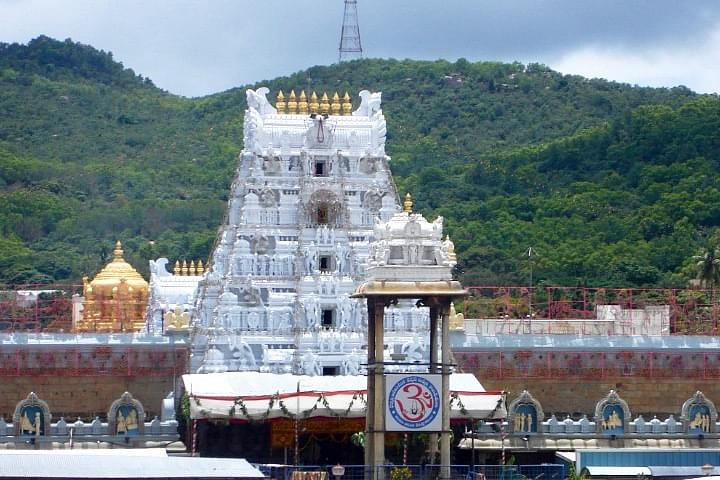 Anybody who has read anything about the conception of secularism and ‘separation of church and state’ would be quite perplexed at the state control of temples in India. After all, the Indian Constitution states in the preamble that we are to be a ‘secular’ state.

The state of Tamil Nadu alone controls around 35,000 temples. Add up the other five southern states, and the number will be much more.

The social and cultural consequences of this (mal)administration of the state are immense. Excluding community participation in running of the temple and bureaucratising temple administration has inevitably led to the end of many traditional practices and rites connected to the temples. Temple wealth also has not fared well under the ever ravenous hands of the state. In the past months, questions have arisen about the misappropriation of temple wealth in the famous Puri Jagannath Temple and Tirupati Tirumala Venkentashwara Temple. The allegations of corruption, nepotism and misappropriation in the Sabarimala Ayyapan Temple have been part and parcel of the news cycle for many years now. Temples in Tamil Nadu, on the other hand, are facing another problem entirely: idol theft. The criminal network in the state is extremely well organised, with an approximately 1,200 ancient idols stolen, many of them landing up in prestigious auction houses in the Western world.

The government control of temples has also resulted in the closure of many goshalas and veda pathashalas as well as the erosion of traditions such as ‘annadhanam’. Cultural activities, such as recitals of carnatic music and bharatanatyam, that were once ever present in temples, are dwindling.

The temples themselves have not fared well; more than a few temples have been defaced, and 1,000 year old temple, in Thanjavur, was even demolished. The destruction of these temples and their defacement has led to elimination of cultural and social history, and is a grave crime against our heritage.

Another shocking fact is the pittance of a salary that the priests receive, in some temples as less as Rs 250 per month! Last but not the least, there have been numerous instances of temple-owned land being encroached. The situation of ancient temples under the Tamil Nadu Hindu Religious and Charitable Endowments Department is so dire that the Madras High Court threatened to scrap the whole department.

“Many temples constructed at least 1,500 years ago or much before the temples recognised by UNESCO, are in ruins. Even the daily rituals are not performed. Some temples remain closed throughout the day with no one to even light the lamps.” observed the High Court.

Rajya Sabha Member of Parliament Subramanian Swamy has been a tireless advocate for the return of temple control to the community of devotees from the state. His relentless pursuit in the Madras High Court and Supreme Court of India to protect the Nataraja Temple, Chidambaram, from government takeover has resulted in the framing of constitutional parameters to governmental intervention. Another group of Indic activists have formed the ‘Indic Collective’ which has also initiated various petitions to stop the encroachment of temple land, as well as the arbitrary and malicious actions of governments across the country.

These actions represent a new path of legal activism for the Hindu community to protect their places of worship, an immediate but temporary measure to stop the bleeding, so to speak. The long-term solution to the woes of the Hindu community do not lie in the continued intervention of the organs of the state in running temples. (It must not be forgotten that the judiciary is also an organ of the state). The path ahead lies in a massive legislative exercise involving all states where temples are controlled by the government, as well as the Union government to return temple control to the Hindu community.

The scale and scope of attempting to return temple control to the Hindu community is a gargantuan task, it should not be underestimated. In many circles of the Hindu right, ‘temple control’ has been a topic of heated debate and discussion. However, much of the substantive work to evolve a framework is yet to be done. A national scheme has to be evolved for those temples which are ‘Tier 1’ or centres of major pilgrimage. Shreyas Bhardwaj had written on the online platform of this magazine (“How To Free Our Temples From Government Control – Plan B”, 29 May 2018) on how the ‘Somnath Temple’ model can be replicated, where members who hold high public offices are appointed as trustees for life. This can be used for temples such as Sabarimala, Tirupati and Puri temples, among others. Temples below this tier can be managed in a similar manner, involving social, religious and public leaders as trustees.

This transfer has to be worked out at the state level, where individual legislations are enacted on the basis of national guidelines. It is necessary to keep in mind that all the different Hindu communities have to be taken along for such a move to happen. Doing so would expend huge amounts of political capital and time, and strong conviction from political leadership, which hitherto is seen to be lacking.

The return of temple control to the community will in fact be a realisation of the constitutional rights of the Hindu community. Article 26 of the Constitution provides for the ‘freedom to manage religious affairs’ for Indian citizens. Under 26(a) and (b), the community has the right to maintain and manage matters of religion. The state’s propensity to take over temples – and in fact, its ability to do so is curtailing these rights. The traditional rites and rituals of temples would also be beyond question.

Temples can re-emerge as the centre of a Hindu renaissance. The reassertion of community control over temples is indeed a necessary step to that end. Only when Hindu society is able to participate in the functioning of its own religious institutions can there be any hope of such a renewal.