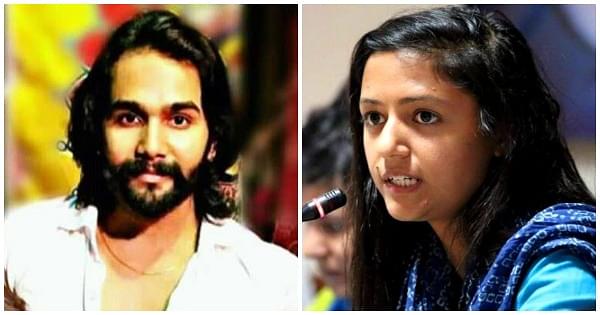 What do the murder of Delhi boy Ankit Saxena and rape threats to former Jawaharlal Nehru University student leader Shehla Rashid have in common?

Both were triggered by opposition of the Islamists to a kind of inter-faith union.

Saxena was thrashed and eventually slit in the throat by family of the Muslim girl he was in a relationship with. Two weeks later, Rashid cited the case to appeal to fellow Muslims to let the women in their families marry non-Muslims, so they retain the moral rights to question love jihad. It’s not clear what prompted Rashid to write the post, in which she used the hashtag #JusticeforAnkitSaxena. Had she sensed tacit support for Saxena’s killing or a lack of outrage against it in the community?

Reactions to her appeal give a fair idea. Some users approved of the cold-blooded murder to save “prestige of houses”, while others abused and even issued rape threats against her. Constitution over Quran is blasphemy, inter-faith union of the kind of Saxena’s was haram, they said.

Within a week, Rashid, a hugely popular voice on social media, deleted her Facebook account. The otherwise voluble student activist has chosen to keep mum about the disturbing episode, but fellow communist and feminist Kavita Krishnan put to rest all doubts by admitting that the “hateful rape threats by some Muslim men” were behind Rashid’s move.

Islamic scholars throughout the world have dwelt on the issue and many have unabashedly proclaimed that such a union is prohibited. Closer home, India’s largest seminary DarulUloomDeoband maintains that “a Muslim woman cannot marry a Hindu man…they may not be halal for each other after having marriage and their marital relation will be regarded as adultery and prohibited.”

Another religious scholar, Mufti Mohammad Shakir from Azamgarh’s Madrassa Islamia Arabia Baitul Uloom, promotes the idea that the reason Muslims are forbidden from “marrying men and women of infidels” is because "kafir men and women become the cause of leading humans towards jahannam (hell)…."

The belief isn’t limited to imams and resonates even with the so-called progressives. Last year, The Milli Gazette, a portal that caters to English-speaking Indian Muslims, had described Tunisia’s historic decision to allow Muslim women to marry non-Muslims as a “sign of apocalypse”.

The religious obligation to prevent such a union has evidently prompted community members to take extreme steps. In many cases, it was the woman of the family who ordered the brutal killings. In May 2011, two Muslim women from Uttar Pradesh’s Baghpat, both neighbours, were strangled for marrying Hindu men. The killings were carried out at the behest of their mothers; one of them told a newspaper that the girls deserved to die for bringing shame to the community. In November 2014, brothers of a Muslim woman killed their sister and her Hindu boyfriend in Uttar Pradesh’s Hapur after the two went for a civil marriage despite opposition from the woman’s family. The same week in the same area, a Dalit man was shot dead by brothers of the Muslim woman she was in love with. In June 2017, a seven-month pregnant Muslim woman was burnt alive by her own family for marrying a Hindu; the woman’s mother reportedly pelted stones at the man and tried to kill him but he managed to escape.

The list goes on and on. Most recently, Ankit Saxena’s death is suspected to be a similar case, with the mother of his Muslim girlfriend emerging as the lynchpin. Swarajya had recently reported that the mother displayed signs of religious bigotry as she often told a Muslim neighbour who had married a Hindu man that she would burn in “Dojakhkiaag” (or hellfire) for going against her religion and worse, not converting the husband to Islam.

Despite such glaring examples, response to related recent incidents in the mainstream media has been one of denial. While Saxena’s killing was lazily blamed on Indians’ general objection to arranged marriages, threats to Rashid have been ignored or downplayed.

Though unfortunate, this is hardly surprising. One cannot call out this bigotry without calling out the holy book itself. Can one deny the verse without running the risk of blasphemy? No wonder popular media has stuck to Muslim man-non-Muslim woman unions to celebrate communal harmony.

Perhaps, this is also why Rashid chose to simply deactivate her account instead of arguing further. She also didn’t seek police action against the abusers, a cause she otherwise champions. For a political activist batting for minorities, going against the tenets of her religion is akin to career suicide. Remember how Jammu and Kashmir’s Abdullah family boycotted the wedding of their own daughter Sara because she married Sachin Pilot, a Hindu?

Selective acceptance of inter-faith unions involving Islam is a raging debate worldwide. Amid this, a few scholars have approached the complex and contentious issue with great honesty. Like Dr Dilip Amin, who in his seminal guidebook for aspiring inter-faith couples – Interfaith Marriage: Share and Respect with Equality – has appealed to couples to make fully informed decisions and consider prevention to avoid marital meltdown. Proclaiming that “a Muslim boy can NOT marry a Hindu girl” as per Islam, the author has warned against easy escape routes for staunch religious resistance. Such as “fake-conversion” to appease one’s spouse and in-laws, or treating the reading of shahada before nikaah like as an insignificant ritual. Indeed, India is full of examples where Hindu wives have walked out of love marriages or sought legal help after being traumatised for following their customs or pressured to convert.

Some Islamic scholars have tried to ease communal tensions by providing alternate interpretation of the text to affirm inter-faith marriages of Muslim women and non-Muslim men including Hindus.

While such attempts are welcome, turning a blind eye to the complexity of such unions is not. This may be a result of too much political correctness or even the fear of offending, though it comes across as plain deceit. But its denial will only claim more Ankits.