Winds Of Change Over Fields Of Governance: Some Questions And Suggestions On Lateral Entry 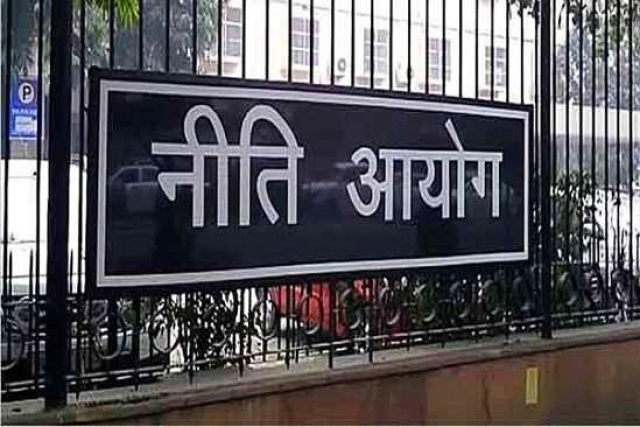 Newspapers and chat rooms these days are awash with the buzz of infusion of fresh talent into the government, through what is called the 'lateral entry'. Last year, 10 joint secretary-level posts were advertised to be filled through this mode. Now, news articles are talking about filling 50 posts in NITI Aayog at various levels — directors, joint secretaries, additional secretaries and more than 400 deputy secretary and director level posts in the central government through the same mode.

Perhaps, it is a recognition of changing needs of the time. The need for people with domain expertise at the top is being felt in stark contrast with the past where generalist experience was preferred. However, the changed narrative also raises some important questions on which this article is going to focus.

The opening sentence of the lateral entry notification says that the government invites “... talented and motivated Indian nationals ...”. Headlines after headlines read "government to import talent". This brings us to an obvious question: are the people inside government not talented?

Well, one can clearly say that most of the Indian Administrative Service (IAS) officers are pretty talented. Most have been school toppers. A majority of them have studied from and aced the best colleges in this country. They got or could have got the best of jobs from the campus and excelled there too. While it is true that they are not the only talented ones simply because of clearing an IAS exam, and talent should be welcome be it from anywhere, but the reverse is also true — that they are not worthless because of clearing that exam.

Any company would have jumped with excitement at the prospect of getting all that talent. Then how did it come to be that the government is finding that this talent after a few years in service no longer suits its needs? This indicates, perhaps, that the talent management practices within government need to change in tune with the times.

Perhaps, it is time then to revisit the model where IAS officers were put in general management/administration positions soon after their entry. That model suited the government of the day as it wanted generalists with leadership experience at the top. But now it is the government policy that it wants domain experts in its top positions, then it must groom its young recruits likewise. This is because if a company wants its senior management to speak Chinese, it makes little sense to teach its fresh recruits French.

Along with this, perhaps, it is time to revisit the practice of transferring officers to positions without consulting them or without considering their aptitude — because it will disturb the process of acquiring domain expertise. Like the lateral-entry process, appointments should be made after advertised interviews or if ad hoc transfers have to be made, they should be made in the same domain.

Finally, as the old thought is giving way to the new thought, perhaps, there is a need to revisit the provision where officers can't go on deputation to private companies to gain domain expertise. If lateral entry is allowed, then there is really no case for not allowing the reverse lateral move as well.

One of the dominant themes behind lateral entry is that there should be competition. Talent from anywhere is welcome and is best for the nation. The keyword is 'anywhere'. We must not create a scenario where some positions become de facto reserved for private sector only in contrast to the earlier situation where they were reserved for government officers only. Only then the competition shall be maximised and nation will gain the most. To achieve it, there should be a level-playing field. People with comparable credentials must be placed similarly without the distinction of private sector or government.

To begin with, lateral-entry positions must be opened for government officers too. This should absolutely be the first step. Then certain conditions need to be amended to create a level-playing field. Take for example, the qualifying experience in the lateral-entry notification for the joint secretary positions. It specifies minimum 15 years of experience. The candidate need not spend these 15 years in the same company, and she can hop over multiple companies while gaining it. This creates two anomalies.

First, in government, promotion to that level takes two years longer. Secondly, many are new entrants and have a few years of experience in the private sector behind them. Why should that experience not be added to their in-service experience while determining eligibility? Why should a scenario be created where a bright person has to suffer because of her initial career choice of opting for government? And if reverse lateral move is allowed in order to gain domain expertise, then it defeats the very purpose, if we don't count her private sector experience.

The next point is education. The lateral-entry notification, rightly, says higher educational qualifications would be an added advantage. However, in the traditional government set-up, there is a penalty on studying more before joining the service. This is because if you studied more, firstly, your higher qualifications would bring no explicit benefit in career progression. Secondly, you would join the service later, and because career progression depends on the number of years spent within the service, one is effectively penalised for studying more.

Change brings solutions as well as raises new questions. Addressing the above questions and the more which arise subsequently, would perhaps, one day, bring our bureaucracy closer to the Singaporean model, which is considered to be one of the best. It would, thus, be in the nation's best interest.