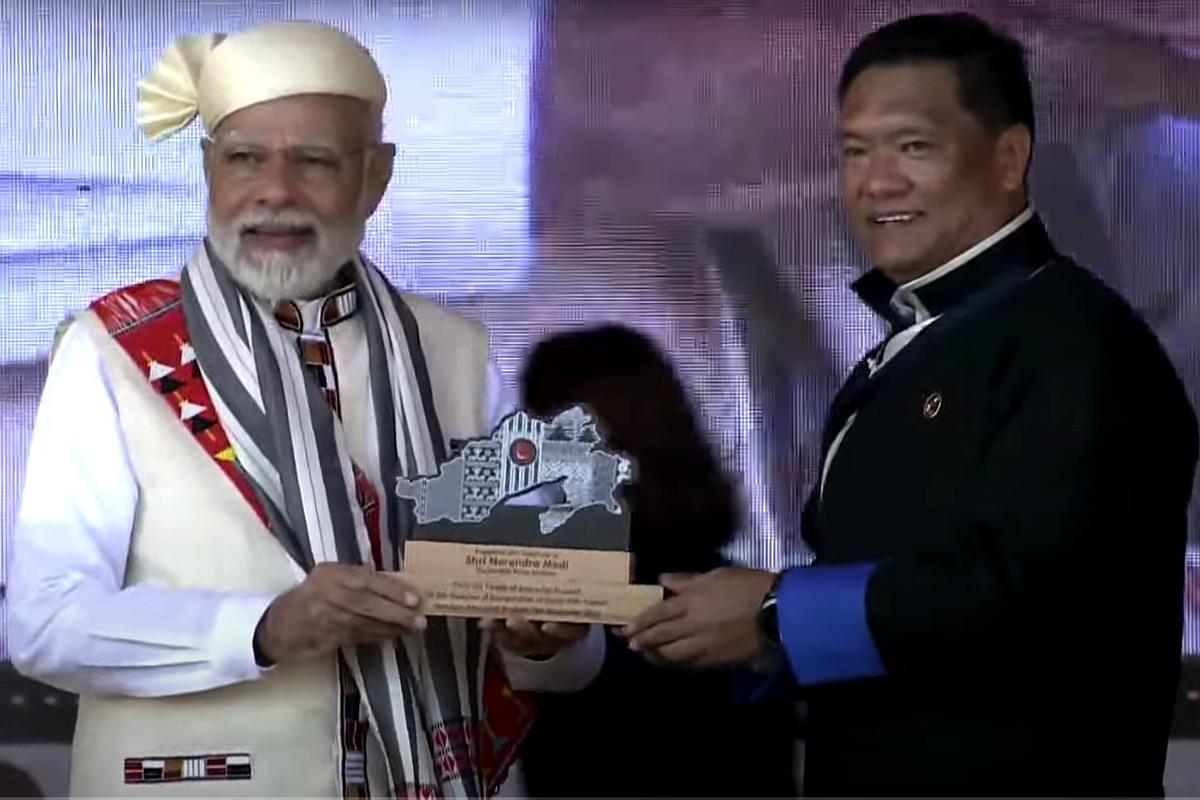 The airport located at Hollongi, around 15 kilometres from the state capital Itanagar, will link the border state with other Indian cities with commercial flights as well as other parts of Arunachal Pradesh through helicopter services.

The airport's foundation stone was laid by PM Modi in February 2019.

The Kameng hydropower project has been developed at a cost of more than Rs 8,450 crore in an area spread over more than 80 sq km.

It is expected to make Arunachal Pradesh a power-surplus state and benefit the national grid in terms of stability and integration.

“Connectivity and energy infrastructure will bring a new dawn of development for the northeastern region,” Modi said addressing the gathering at the airport.

'Political commentators had claimed (in 2019) that the laying of the foundation stone for the airport was an election gimmick. But today when there are no elections due, we are launching this airport,' the PM said.

Officials estimate that it will service some 20 lakh people in the region and help boost connectivity, trade and tourism.