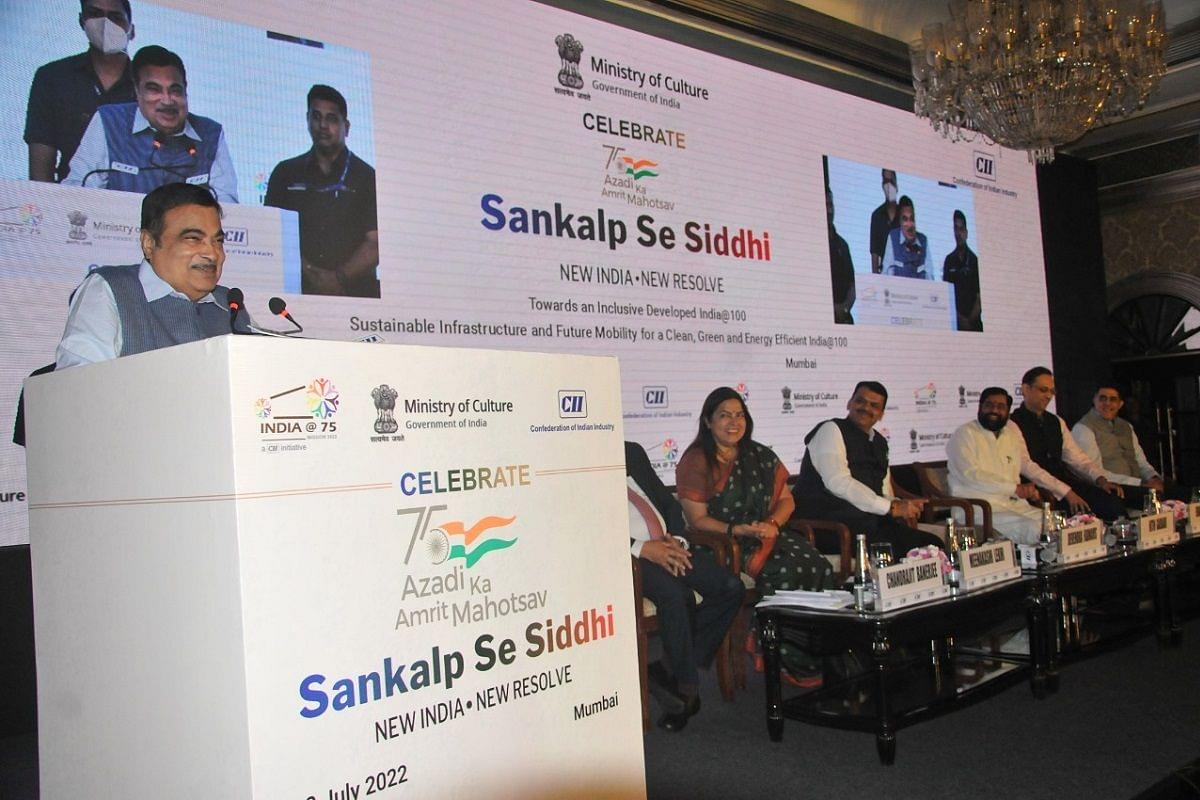 Speaking at the Second ‘Sankalp Se Siddhi - New India, New Resolve Conference’ organized by CII in Mumbai, Gadkari said that 70 per cent of work on the ambitious Rs 1 lakh crore Delhi - Mumbai Expressway has been completed.

The 1,380 km long Delhi Mumbai Expressway is expected to halve the commute time between Delhi and Mumbai from nearly 24 hours to 12 hours and shorten the distance by 130 km.

Stating that it is his dream to establish seamless connectivity from Nariman Point in Mumbai to Delhi through a network of coastal roads and sea-link up to Vasai -Virar and beyond, he requested the Government of Maharashtra to waive off State GST on steel and cement required for Rs 50,000 crore project.

Gadkari said great infrastructure projects to connect Mumbai with Delhi, Pune, and Bangalore are in the pipeline.

On the greenfield Bengaluru - Mumbai Highway, Gadkari informed that the highway would pass through the westerly bypass of the Mumbai - Pune Expressway and Pune Ring Road.

He said the road alignment plan has already been prepared, and the work is expected to begin soon.

The Minister also informed that a new Pune – Aurangabad road alignment had been planned, reducing the travel time between the two cities to just two hours.

“The new road alignment connecting Surat - Nashik - Ahmednagar - Solapur, would divert 50 per cent of the south bound traffic coming from North India, which would result in substantial reduction of air pollution in Thane, Mumbai and Pune,” Gadkari said.

“The Maharashtra Government should plan to build new Town Ships along the new roads near Pune and Aurangabad on the lines of Navi Mumbai,” he added.