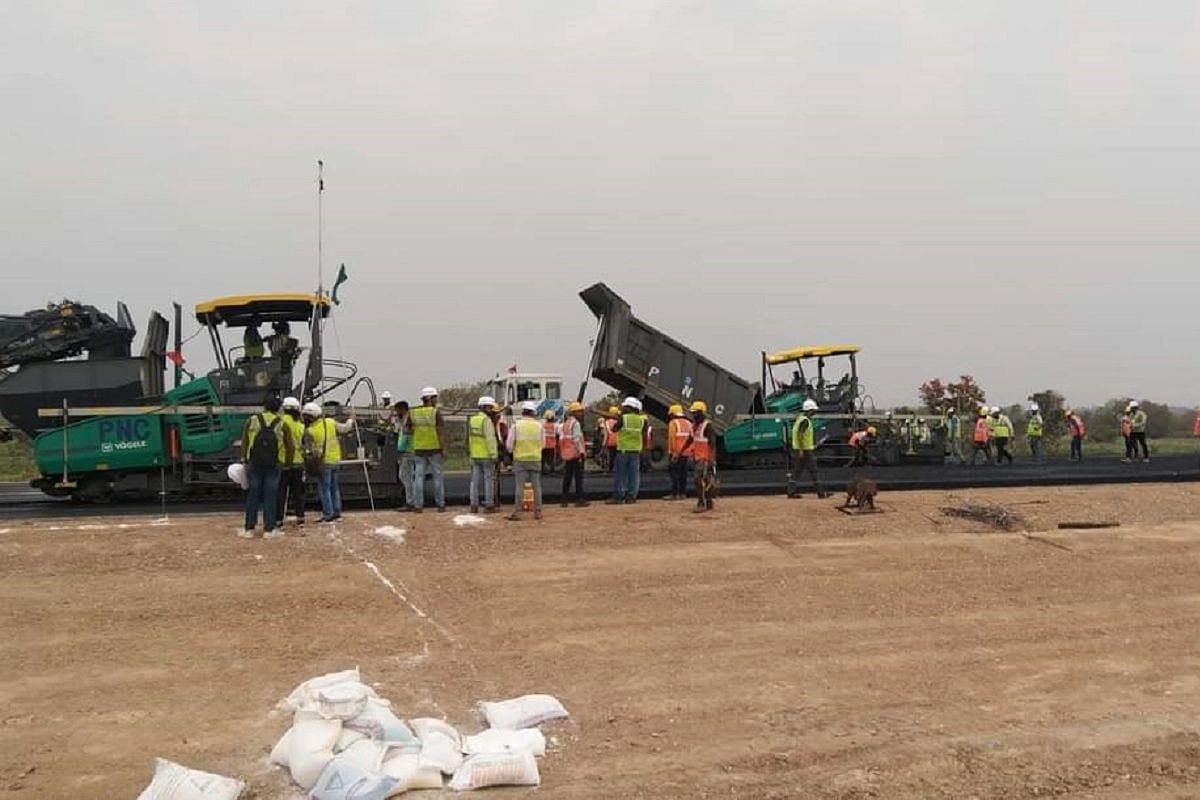 The 1,380 km long Delhi Mumbai Expressway (DME) has made another record in the road construction sector by laying the highest quantity of bituminous mix in hundred hours.

PNC Infratech Ltd has achieved this feat on the expressway's 8-lane Delhi-Vadodara Greenfield Alignment section. The rare record was achieved between the junctions with NH-47 near Bhamiya village and SH-175 in Baletiya village in Panchmahal district.

In a series of tweets Union Minister for Road Transport and Highways, Nitin Gadkari, informed that the longest length of Flexible Pavement (DBM Course) road construction in 100 hours was awarded to PNC Infratech Ltd.

As the union government increased the pace of highway construction in the country, private developers are coping with this situation and achieving new records in the field.

On Saturday (12 March), Union Road Transport Minister Nitin Gadkari said that the government plans to better its world record of constructing 38 km highways per day and has set a target of 50 km per day highway construction.