Explained: How Price Cap On Russian Oil Proposed By G7 Nations Is Likely To Be Operationalised And Potential Impact On India 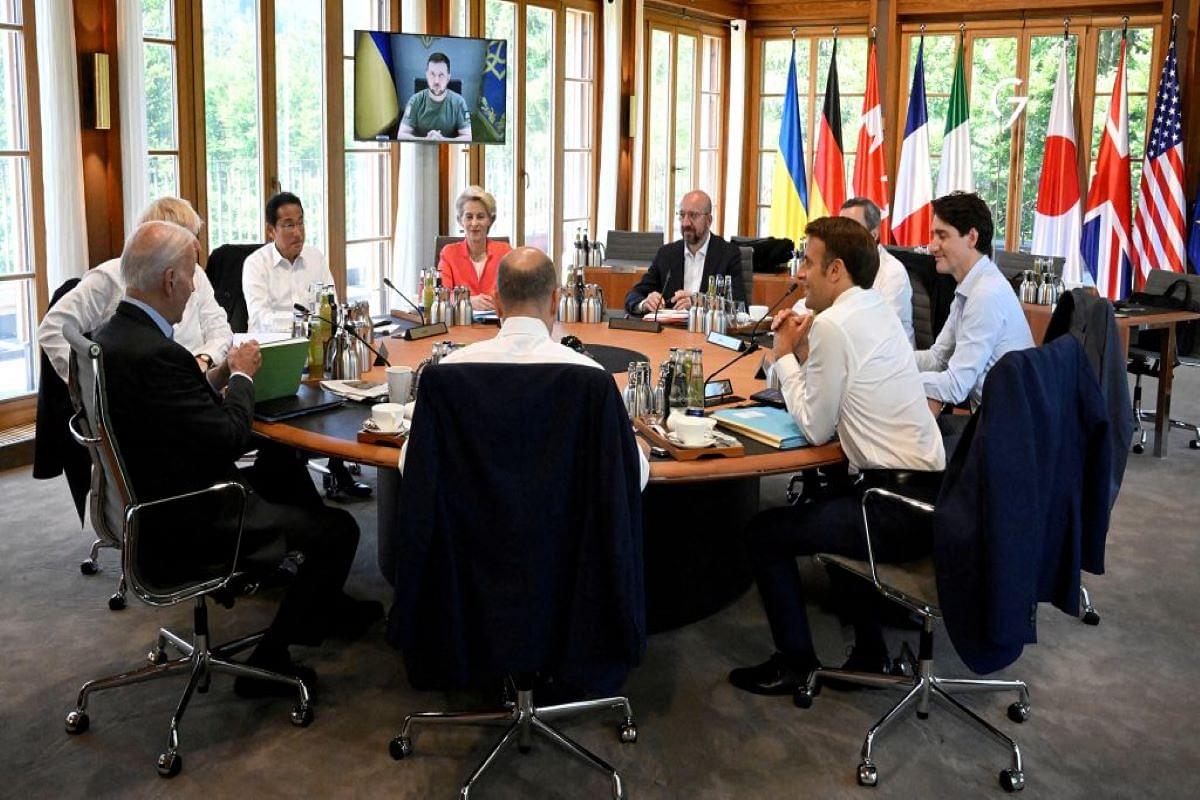 G7 meeting in the Bavarian Alps

At the ongoing G7 meeting in the Bavarian Alps, the leaders are seeking a deal to impose a "price cap" on Russian oil as the Group works to curb Moscow's ability to finance its war in Ukraine.

The Group of 7 (G7) is an informal forum of leading industrialised nations, comprising Canada, France, Germany, Italy, Japan, the United Kingdom and the United States. Representatives of the European Union (EU) are always present at the annual meeting of the heads of state and government of the G7.

How Significant Is Oil For The Russian Economy?

Russia is one of the three top oil producers in the world, after the United States and Saudi Arabia, but sometimes that order shifts.

The country earned over US$110 billion in 2021 from oil exports, twice as much as its earnings from natural gas exports. The Russian budget is heavily dependent on revenues from oil exports, which accounted for 45 per cent of its total income in 2021.

Europe relies on Russia for about one-third of its total oil imports, whereas Russia is a relatively small oil source for the US. The United States produces most of its oil domestically, but the rest is sourced from Mexico, Saudi Arabia, and Egypt. Before the ban, 10 per cent of its imported oil came from Russia.

About two-thirds of the Russian supply goes to industrialised nations in Europe, North America and Asia. Half of Russia's exported oil is shipped to European countries, including Germany, Italy, the Netherlands, Poland, Finland, Lithuania, Greece, Romania and Bulgaria. China is another large buyer: It imports 1.6 million barrels per day of Russian crude oil, which roughly translates to 20 per cent of Russia's oil exports.

Why Is The Move Being Conceptualised?

In the aftermath of the Ukraine invasion, the US and its allies decided to stop buying Russia's oil. Canada, in March 2022, became the first G7 nation to impose a ban on importing Russian crude, a largely symbolic step as Canada imports just a trickle of Russian oil. Similarly, on March 8, the US announced a ban on all Russian oil imports.

The EU in May agreed to a phased-in ban on seaborne Russian oil shipments by December while temporarily allowing crude deliveries via pipeline to continue. The UK plans to phase the import of Russian oil and oil products by the end of 2022.

However, plenty of other countries, including India, are still buying Russian crude, and a surge in prices has softened the blow from the sanctions by bringing Moscow enough revenue to stave off economic collapse.

The idea of an oil price cap comes as the high price of crude means Russia's revenues from oil exports have not necessarily declined despite western restrictions on Russian oil imports. Putin's adversaries, thus, are weighing a new idea: Make Russia sell its oil so cheaply that it can no longer afford to wage war at all.

What Is Being Proposed?

The G7 nations are discussing a mechanism that would only allow the transportation of Russian crude and petroleum products sold below an agreed price threshold to be enforced by imposing restrictions on insurance and shipping.

Under the price-capping scheme, Europe would limit the availability of shipping and insurance services that enable the worldwide transport of Russian oil, mandating that the services would only be available if the importer observed the price ceiling. A similar restriction on the availability of US financial services could give the scheme added impact.

About 95 per cent of the world's oil tanker fleet is covered by the International Group of Protection & Indemnity Clubs in London and some firms based in continental Europe. Western governments could try to impose a price cap by telling buyers they can keep using that insurance as long as they agree not to pay more than a certain price for the oil on board.

What Are The Likely Obstacles?

The concept will require the EU to amend its ban on insuring Russian crude shipments - introduced with the ban on seaborne oil imports - which would require unanimity among the bloc's 27 nations.

The UK would need to come on board, given it is the home of the Lloyd's of London insurance market. The EU and UK already agreed to coordinate on an insurance ban, but London has not finalised its scheme.

Also, it may happen that Russia would not agree to ship oil at capped prices, particularly if the cap is close to production cost. The Kremlin has already shown it is willing to withhold supply of natural gas to some EU countries that refused to meet its payment demands. It believes that holding its oil off the market for a while would do more damage to the economies of Europe and North America than to its own.

Will The Price Cap Impact India?

Russian oil imports now account for 10 per cent of India's total crude imports basket. Prior to the Ukraine war, Russian imports were just 0.2 per cent of all the oil imported by India.

As per the report, Indian refiners have taken advantage of the price decline in Russian Ural crude oil and purchased crude at a discount as high as $30 per barrel. Notably, about 40 per cent of Russian oil has been bought by private refiners, namely Reliance Industries and Rosneft-backed Nayara Energy.

A price cap may be incredibly profitable for Chinese and Indian businesses and good for combating inflation. But there are broader considerations for Beijing and New Delhi, such as their long-term relationship with Moscow. They may accept to take inferior Russian insurance rather than be told what to pay for a key commodity, even if it's at an attractively low price.