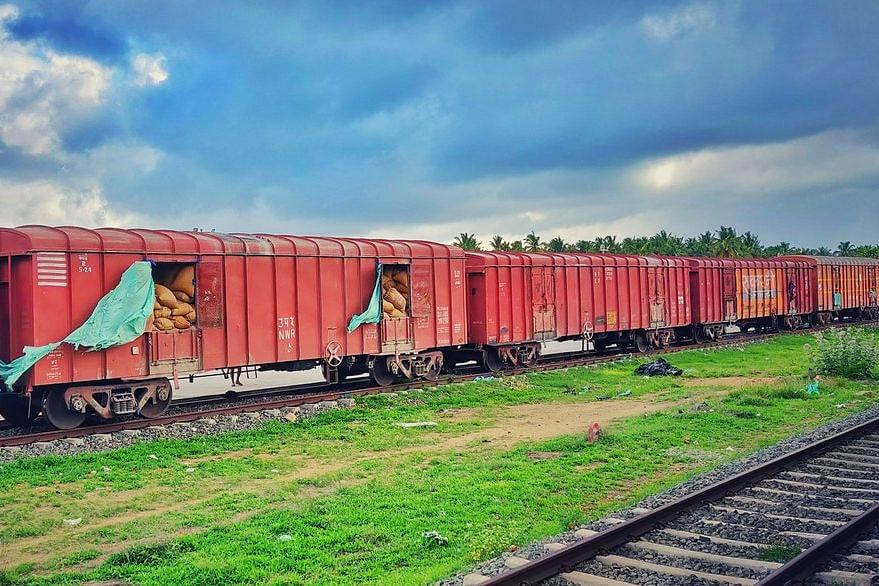 This tweet of the South East Central Railway (SECR) on 27 July, conveying that it had successfully run the ‘Super Anaconda’ formation with six WAG9 locomotives, would go down in the annals of railway history.

Earlier, on 29 June, a similar composition was run, but what made the July trial historic was the fact that the entire train was controlled by a single set of crew, like a routine train is controlled.

The mechanism of remotely controlling locomotives had been used by several leading heavy haul railways globally. For India, the solution being offered by MNCs was prohibitively expensive.

Hence, in collaboration with Diesel Locomotive Works (DLW) for diesels and Chittaranjan Locomotive Works for electrics, this product was indigenised and at least three Indian companies developed this in India itself.

Need of power: The challenge of ‘right powering’

One may start a train with a lower hp locomotive, but one needs higher hp to attain and sustain higher speeds. This is critical to revenue earning. The faster we clear our sections, the more trains we can accommodate.

This brings us to what has been called right powering.

Indian Railways now aims to improve the horsepower-to-trailing-load ratio to two for freight trains (i.e. for a standard freight train of 5,000 tons, put motive power of 10,000 hp at least) and eight to ten for passenger trains for ensuring right powering of trains across the Indian Railway network. Ergo, a typical Rajdhani should have 12,000 hp.

Though the former solution is technically simpler, it results in high coupler forces and more jerks vis-a-vis the solution where locomotives are distributed along the length of the train.

The key challenge here was to make sure that the locomotives are intelligently connected. It should not be the case that while the leading locomotive is braking, the one at the rear starts to push.

Take this example for a better and practical understanding. Imagine a long freight train with a loco at the head and another at the tail, which has just crested a hill with the locomotives in cruise control. The leading loco will try to hold its speed by braking and as the train descends. The mass of the train it has to now hold will increase, calling for increased braking. On the other hand, the rear loco will be pushing uphill and will have to generate traction forces. This force will reduce as more wagons crest and go downhill.

Braking incidentally is regenerative braking, where the lead loco generates electrical power which gets consumed by the trailing loco. In the case of electric locomotives, there are stretches in the overhead conductor system from where the locomotive collects power (using a bow shaped contraption on its roof, called pantograph). These stretches are electrically dead and are called neutral sections. When the locomotive approaches such a stretch, it must be turned off, clear the dead part on its momentum and then again be switched on.

If this goes wrong, i.e., if the locomotive enters a neutral section with its power still on, it will draw a heavy arc and the overhead conductor, which is pure copper, will melt and fall.

In the current trial, there were six such pantographs (one for each locomotive) to be negotiated with only one set of crew controlling the locomotives. That the 525 km distance was covered flawlessly indicates that this critical component of technology has been mastered well by IR.

A 177 wagons carrying a load of 15,000 tons were lined up. In normal operations, such a number of wagons would make for three separate trains, each with a pair of WAG9 locomotives at their respective heads.

In the trail, the lead locomotive, bearing the crew, was configured as the master loco. The loco just behind it was its ‘slave’. The system then took the two pair of locomotives behind (i.e. four of them) as slaves.

This made all the five locomotives behind the manned loco configured as a ‘slave’. Each locomotive pair was separated by more than 600 metres of wagons.

The train departed from Jamga in Bilaspur Division at 2020 hrs on 26 July and after covering 525 km, it reached Tharsa in Nagpur Division on 27 July at 1245 hrs (the total stoppages enroute lasted about 2.5 hrs).

Implication and road ahead

Improvising on the trial, the SECR cleverly took only three locomotives with DPWCS (Distributed Power Wireless Control System) and configured the other three units as their wired slaves.

This system permits selective shutdown of the rear locomotives, thereby increasing reliability of the completion of the trip, even with partial failure. This configuration allows such a long train to be run with the nimbleness of a single train. It also ensures much lower in-train forces as there is a mix of pull and push along the length of the train.

IR is also working on push-pull operation of Rajdhanis and other long trains. This allows trains to achieve higher average speeds even on the sections with many speed restrictions.

With IR committed to higher average speeds, these trials will go a long way in understanding these modes of operations which are not very easy to realise as part of routine operations.

After speeding up passenger trains, a technical solution has been demonstrated to leverage existing assets to speed up freight trains also. These trials open new business opportunities for IR. Running Kisan Rail and such time sensitive services will gain from these experiments.

These solutions are now being mainstreamed as IR starts to deliver on the mandate of running faster and heavier trains punctually. High speed freight and high average speed of passenger trains is one business opportunity which IR seeks to unlock with push-pull and DPWCS technology.